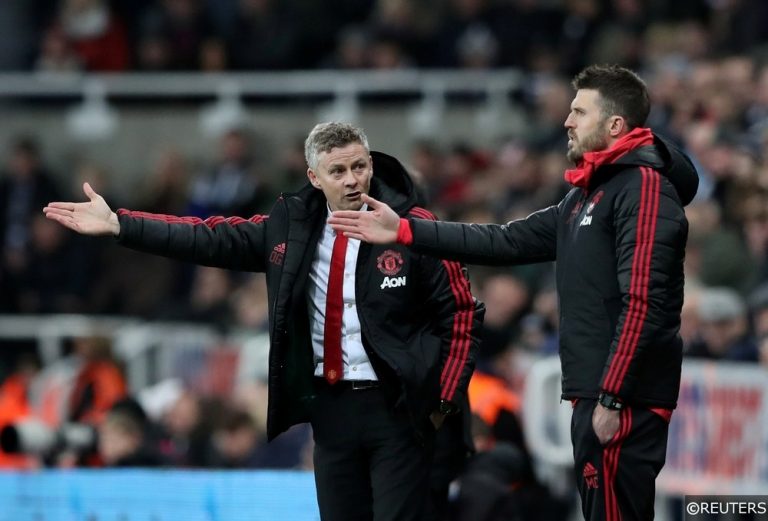 Ole Gunner Solksjaer has made no secret that he wants to be the United manager when the new season kicks off in August and his audition couldn’t really be going much better. With Ole at the wheel, in what must be the longest and most intense job interview going, United have been near perfect. The win away at Leicester today has made it 9 in 10 under Solksjaer and they don’t look as though they are going to let up any time soon.

Ole appears to have made it clear to all his players what playing for Manchester United means. He prepares them for games knowing they are Manchester United and they can beat anyone, a mentality the club has lacked since the departure of Alex Ferguson. After making 235 appearances for the club Ole clearly has the United mentality built into his DNA. The pride and passion he shows for the club is clear and he has got the team playing the way many United fans would expect to see.

Today’s performance was no different. Quick, smooth attacking football, slicing through teams with decisive passes. There were only 4 touches involved in United’s goal today. Touch and a perfectly weighted pass from Pogba followed by a touch and emphatic finish from Rashford was all that was needed. This ruthlessness was something we were not used to seeing when watching United under Mourinho. This seems to have brought back that fear factor of playing Manchester United. Pogba and Rashford look completely different players. Rashford scoring in 6 of Solskjaer’s 8 Premier League games in charge whilst Pogba has the most goal involvements in Europes top 5 leagues (11) since the Norwegian took over.

During Ole’s short reign it has been argued he has won games you would expect them to win, but these have been done in emphatic style on most occasions. Any questions have been answered when he has produced United’s first win away at Spurs since 2012 and knocked Arsenal out of the FA Cup on their own soil. Bigger questions will be asked when Liverpool and City visit Old Trafford but it doesn’t appear Ole can do much more at this stage.

Why would he not get the job?

His previous experience in the Premier League did not go well. His Cardiff team were relegated and he got the sack when they were still underperforming in the Championship. That experience was obviously a lot different as he didn’t have the players at his disposal like he does in Manchester. That, however, is no excuse so this experience will be something that marks him down. He has had success at Molde. Winning 2 league titles, producing cup glory as well as European qualification does provide good reading and all done at a club he knows inside out, similar to Manchester United?

Ole is fairly inexperienced at the highest level. Norway is a completely different environment with only 16 teams in their top division and not the same television or crowd pressures. With this being the case, senior members of staff at Old Trafford may look to someone with a bit more high-level experience. Mauricio Pochettino has been mentioned none stop since Ole took over with many considering him favourite to get the permanent job. Poch has done very well at Spurs, providing consistent top 4 finishes, some good cup runs, and a title challenge. For all this good work, he has also not won a major honour in England which does provide a bit of concern for those making this important decision. Pochettino can be found at 13/5 with Paddy Power to be the manager at the start of the next Premier League season. Zinedine Zidane is without a club at this time and has also been linked frequently with the job. He can be found at 9/1 with Coral, probably not worth much as if he was going to get the job, he would already have it considering he is out of a job at present.

So what does Ole have to do?

Completing a top 4 finish would be massive for Man United and Ole. Another season of Champions League football will help attract more quality needed to push for the title. A cup run and potentially a piece of silverware would almost certainly guarantee Ole the job if he could do both. He is currently 2/5 with BetVictor to be employed as the permanent manager for the opening game of the 19/20 season.