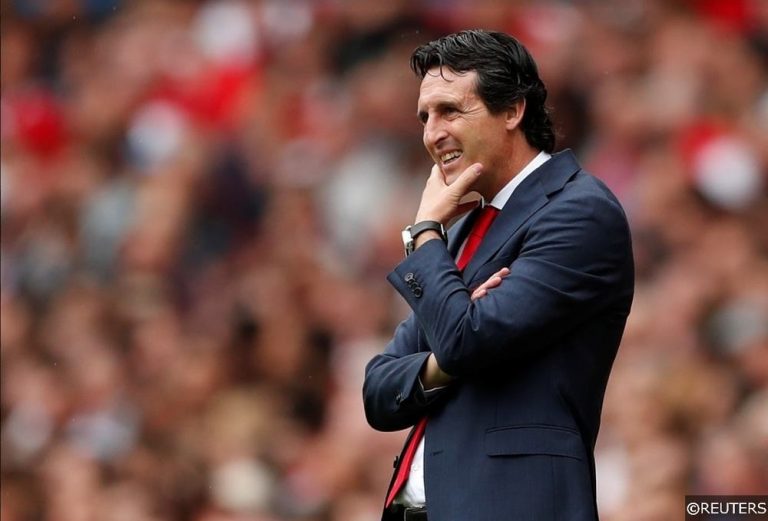 When Pierre Emerick Aubameyang precision drilled his second and Arsenal’s fifth goal past Marcus Bettinelli in the Fulham goal last week, giddy delirium washed down from the away end at Craven Cottage.

Four of the five goals Arsenal hit against Fulham were registered in the second half of the game, and each one hit a net pinned to posts standing just a few metres in front of the high-spirited Gunners’ supporters.

Chants of “we’ve got our Arsenal back” boomed and echoed around the Putney End – and after nine wins in succession with twenty-seven goals scored along the way, Arsenal fans are entitled to feel feverishly optimistic about the club’s early progress under new coach Unai Emery.

One club legend has a more tempered opinion about the shape Arsenal currently find themselves in however. Paul Merson, a pundit whose points of view are often lampooned, believes Arsenal’s lengthy winning streak is likely to end with a thrashing.

“Sooner or later they will be on the end of a big score – defensively they are all over the place. The one thing that gets them out of trouble is that they’re always going to score goals. But defensively, they are just not good enough”.

It was an unusually negative take about a team with nine straight wins behind them, but is there any substance to Merson’s assessment? Let’s take a look at the numbers:

Arsenal have conceded 10 goals in 8 Premier League matches so far this season, a total that gives them the worst defensive record in the division’s current top five.

5 of those goals were conceded in their opening 2 matches against Manchester City and Chelsea however, with the other 5 spread over their most recent 6 league outings.

Shipping 5 goals in 6 games is hardly a cause for panic, though scratching below the surface of some of the final scores in Arsenal’s Premier League fixtures reveals statistics that might be a little more worrying.

Arsenal have conceded the 5th highest number of shots on goal per game on average (14.6) in the Premier League this season. Only struggling Burnley, Brighton, Fulham and Newcastle have allowed their opponents to have more efforts on goal.

Perhaps even more telling, is the fact that Arsenal had fewer attempts on goal than their opponents in each of their most recent 3 Premier League victories against Everton, Watford and Fulham respectively.

That trio of teams had 45 shots (Everton 10, Watford 14, Fulham 21) between them against Arsenal, compared to the 28 shots (9 vs Everton, 10 vs Watford, 9 vs Fulham) collectively fired back in return.

Expected goals models also show that Arsenal have scored far more goals than they probably should have this season. The Gunners have scored 19 times in the Premier League in 2018/19, though their expected goals figure of 10.41 falls way below that total.

That variant of -8.59 between Arsenal’s actual and expected goals is the widest in the Premier League by a considerable distance. The next widest is Leicester City’s difference of -4.86.

It’s also worth noting that Arsenal rank 12th in the Premier League for average shots on goal per game this season (12.1), though they do perform much better in the average shots on target per game numbers, where they sit 5th (5.8).

Those figures suggest that Arsenal have been incredibly clinical in attack and while a ruthlessness in forward areas is a valuable asset for a team to have, it could be a difficult thing to maintain over the course of a season. 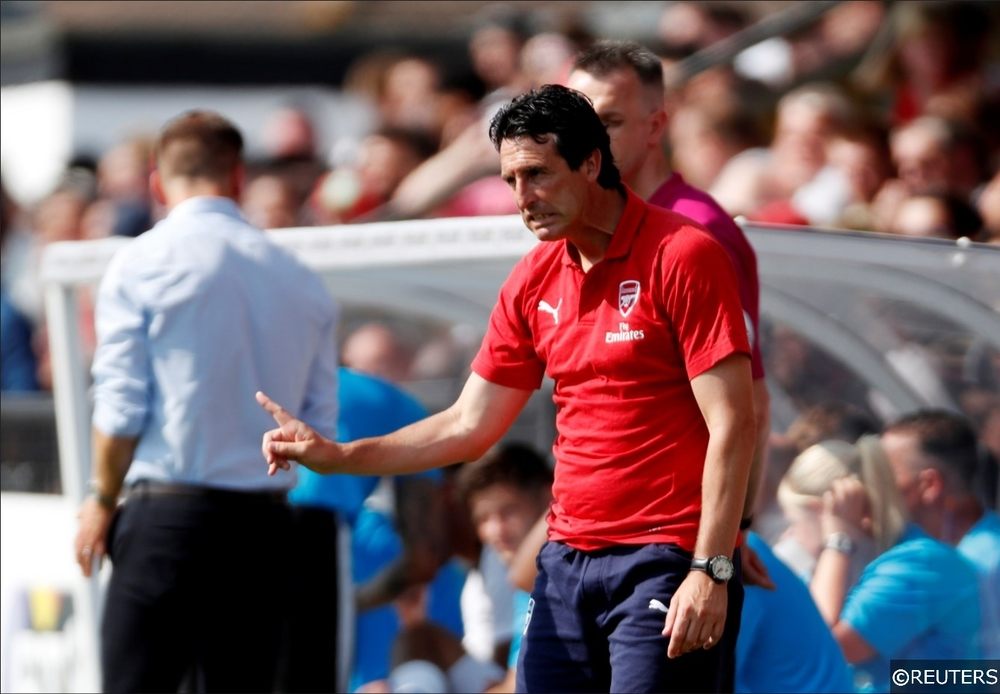 Well, sort of. Arsenal’s winning run might not go on too much longer, although that doesn’t necessarily mean their victorious sequence will end with a hammering.

Statistical analysis tells us that Arsenal are conceding far too many chances, though their sparkling play and razor-sharp edge at the other end has thus far helped to compensate for their weaknesses elsewhere.

Arsenal fans will be first to admit that their performances haven’t been perfect, though they are also savvy enough to accept that Unai Emery’s team are very much a work in progress.

Naturally, new ideas take time to root, but any side that can win matches while simultaneously working out their kinks will be an enjoyable, exciting watch. Paul Merson’s detractory angle on Arsenal’s recent form seems strange when you consider how early in the Emery-project they are.

Ultimately, a defensively flimsy Arsenal have won nine matches in a row without functioning anywhere near their maximum. Bumps in the road are inevitable, but at least Arsenal are finally heading in the right direction.