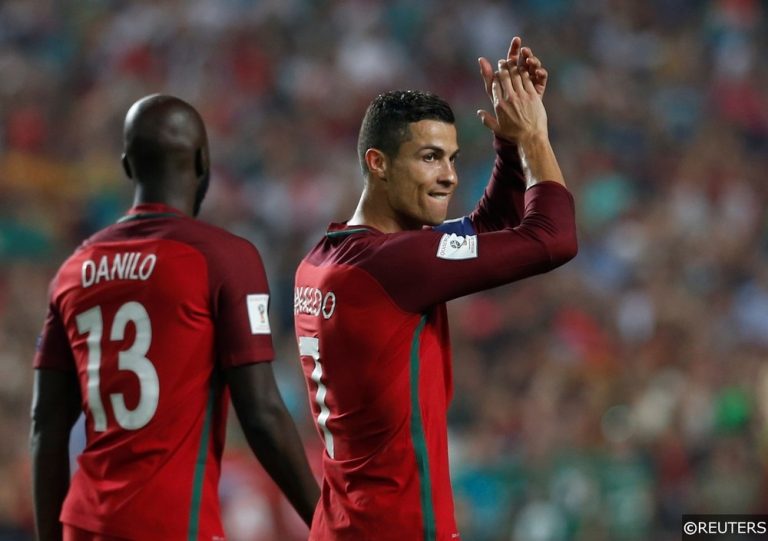 Portugal crashed out of the World Cup on Saturday, after a 2-1 defeat to Uruguay. It was an earlier exit than the European champions would have liked, following their impressive summer in France two years ago. Despite having an impressive side, Portugal made it through just four games in Russia, claiming just a single victory.

The Portuguese now need to move on ahead of their challenges to come. They return to action in the autumn, while their European Championship defence will kick off in early 2019. Just what kind of side will Portugal have for those tests?

Also See: Who is to Blame for Portugal’s Exit?

Will All of Those 11 Return?

Age is going to be a huge factor in Portugal’s future. They had a strong mix of youth and experience in Russia, but that experience might not hang around much longer. The main area to focus on is at the back, where they were so solid in France two years ago. Now, Pepe and Jose Fonte are ageing, and it’s hard to see them hanging around. Those two, along with Bruno Alves, will be a trio of mid-30s centre-halves who have seemingly reached the end of the line.

That poses a problem for Portugal, who don’t exactly have a ready-made replacement for any of them. Porto man Danilo Pereira was an option, but he missed out on the World Cup through injury. That saw youngster Ruben Dias brought along, and the Benfica defender is likely to step in to the Portugal defence in the years to come. However, he’s not exactly ready for international football.

Perhaps the biggest fear for Portugal fans is that Ronaldo will see this as the end for him, too. That doesn’t sound like the Real Madrid man, who recently claimed he could play on in to his 40s. He’ll be 37 when the Qatar World Cup comes around, which might be a step too far. However, he’s more than fit enough to stay in contention, and he should certainly remain involved through the Euro 2020 campaign.

How Important is Ronaldo to Portugal?

Who Can Step up?

With players set to leave the Selecao, replacements will be needed. Portugal do have some strong depth in places, although they can’t rival many of their top European rivals and their production lines of talent. Portugal have a core group of players, and they’re going to have to find a way to make them work as a unit, ahead of their European championship title defence.

One player who will be expected to take on a bigger role in the coming years is Man City’s Bernardo Silva. The winger was pinpointed as the heir to Ronaldo, but he failed to deliver through most of the tournament in Russia. He was dropped for the third group game, and his return against Uruguay was far from impressive. However, things did change for him when he took up a central role.

Silva seemed so much more involved when Ricardo Quaresma took over on the right wing. Meanwhile, Silva thrived as a number 10, which was at least a bright note for Portugal to go out on. They struggled for true creativity throughout this World Cup, and in their last push to survive they found the man who could unlock defences and cause real problems. That may be a bittersweet finish, but it’s a huge bonus for the team going forward.

The Best and Worst of Portugal’s World Cup

Will Fernando Santos Keep his Job?

Obviously an early exit will see blame put at the feet of the manager. Fernando Santos may have continued his streak of qualifying from every group stage he’s entered in international football, Portugal didn’t do much after that. Does their last 16 exit qualify as enough of a failure for the former Greece boss to step away from the role?

It would seem harsh to force out a man who delivered Portugal’s first ever major trophy. He has enjoyed a brilliant four years with the national side, and he deserves the chance to continue his good work. Santos may need to shake up his team selection, as he’s a little too faithful to his favourites. That led to their disappointment in Russia, and that’s the one thing that would be a concern if he remained in charge.

Santos has obviously proved himself at this level, and he can take Portugal on again. However, they’re not short on replacements, as Portugal have some of the greatest managers in world football right now. Leonardo Jardim, Jorge Jesus and Paulo Fonseca are all realistic choices who could do a great job, although Jose Mourinho might want to give it another few years at Man United before he decides to return to his homeland.

What Will the Approach Be?

Whoever takes charge of Portugal’s future, the question will be around their style of play. We saw a very functional Portuguese outfit at the Euros and Confederations Cup in recent years. While they weren’t free-flowing in Russia, the side seemed a little more adventurous, after a goal-filled qualifying campaign. So, will they retreat back to a cautious set up, or can Portugal advance their style?

Santos may have to break from his standard 4-4-2 approach. He tweaked it to avoid being overrun in central midfield, but having Joao Mario tuck in from the left-wing leaves them exposed on that flank. Opponents have spotted this weakness, and Portugal can’t keep going with the same tactic.

Portugal will have to introduce some more attacking elements at least. While their centre-halves are a worry, they have great options at full-back. New Juventus signing Joao Cancelo can make the right-hand side his own, alongside Borussia Dortmund left-back Guerreiro. Regardless of where Portugal go from here, attack-minded wing-backs are likely to be a key ingredient.