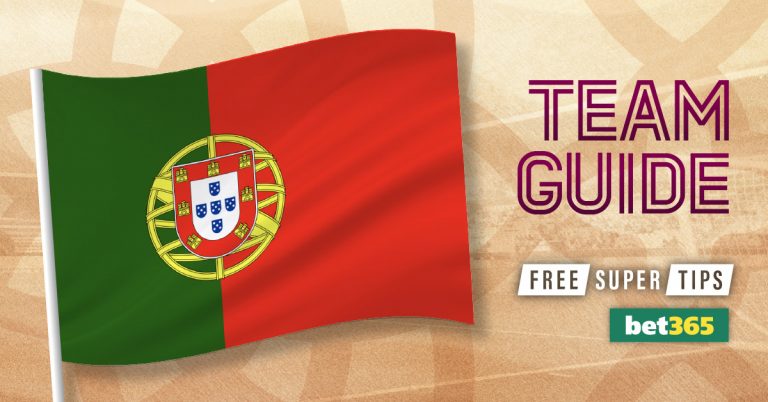 In what will surely be Cristiano Ronaldo’s last shot at lifting the Jules Rimet trophy, Portugal head to Qatar desperate to shake their tag as underachievers on the greatest stage of all.

Fernando Santos’ side may have won the 2016 European Championship and the inaugural UEFA Nations League title three years later, but they have only twice been past the round-of-16 at a World Cup.

At 37, Ronaldo is past his peak, but he will be hoping to inspire a star-studded squad that is jam-packed with players from some of Europe’s biggest clubs to make history in the Middle East.

Portugal: The story so far

Qualifying for the World Cup started superbly for Portugal, who won five of their first six matches to move into a dominant position in the group.

They looked certain to book their place in Qatar, but a 0-0 draw in the Republic of Ireland set up a crunch clash with Serbia in their final game.

Both teams were unbeaten and locked on 17 points, and a 2-1 win for the visitors at the Estadio da Luz, courtesy of Aleksandar Mitrović’s last-gasp strike, consigned Portugal to second place.

Thankfully for Fernando Santos and his players, the play-offs were a bit more comfortable as they firstly defeated Turkey 3-1 in a semi-final, before Bruno Fernandes bagged a brace in a 2-0 defeat of Macedonia that confirmed Portugal’s place at their sixth successive World Cup.

Portugal are the highest FIFA ranked team in Group H and are therefore strong favourites to book their place in the round-of-16.

Their main rivals will be Uruguay, over whom The Navigators will be gunning for revenge having been dumped out of Russia 2018 by the South Americans courtesy of a 2-1 defeat in the round-of-16.

However, Ricardo Santos’ side get to ease themselves into the campaign, if there is such a thing, by opening up against Ghana, the lowest ranked team in the group, on November 24.

Uruguay come next, followed by a showdown with South Korea on match day three.

A price of 2/11 shows the bookmakers think they are a shoo-in to reach the round-of-16, while they are just 8/13 to progress as group winners.

Looking further ahead, Serbia or Switzerland are potential opponents in the first knock-out round, and again Portugal will fancy their chances, so a price of 10/11 on reaching the quarter-finals offers plenty of value.

Portugal, for all their cult heroes and legendary players down the years, have consistently underperformed at the World Cup, only twice getting past the round-of-16 stage.

The most recent of those two occasions was in Germany in 2006, where Zinadine Zidane’s penalty consigned them to a 1-0 semi-final defeat.

That came 40 years after they had finished third in 1966, losing to hosts England in the last four before beating the Soviet Union in the third place play-off.

Other than that, the likes of Luis Figo, Rui Costa, Ricardo Carvalho and even Ronaldo himself have struggled to make their mark on the biggest stage of all.

Indeed, despite this being their sixth straight World Cup, they only qualified for one tournament between 1966 and 2002, which was the Mexico edition in 1986.

They were eliminated at the group stage in Brazil eight years ago, four years after a 1-0 defeat to Spain at the round-of-16 stage in South Africa.

Having guided Portugal to the 2016 European Championship title at the UEFA Nations League crown three years later, Fernando Santos is rightly a hero in his homeland.

The 68-year old took charge of his country way back in 2014 following their dismal performance at the World Cup, where they won just one match, their final group game against Ghana.

It was a long road to him taking charge of the national side though, starting with a lengthy playing career during which he enjoyed two spells at Estoril, either side of a stint at Maritimo.

The defender hung up his boots to pursue a coaching career in 1987, and a year later he had taken the hot-seat at Estoril, where he would remain for six years.

It is with Porto where Santos really began to make a name for himself though, taking charge in 1998 and winning six major titles, including the league in his first year in charge.

He has held numerous managerial posts since leaving that role in 2001, including with Sporting Lisbon and AEK Athens, before taking the leap into international football with Greece in 2010.

Reaching the Euro 2012 quarter-finals and a first appearance in the knock-out stages of a World Cup two years alter drew the attentions of Portugal, who were looking for a successor to Paolo Bento.

In October 2014, Santos took the reins of his country and he has since won 63 of his 103 games in charge, lifting those two major titles in the process.

Just reading through the individual names in the Portugal squad outlines the strength and depth Fernando Santos has at his disposal.

The starting XI, as well as the bench, will be packed full of stars from across European football, none more so than Ronaldo, who is looking to become the first player to score at five World Cups.

He will be joined up top by Liverpool star Diogo Jota, who continues to shine in the Premier League, while Joao Felix and Rafael Leao of Atletico Madrid and AC Milan provide further firepower.

The defence is equally as strong, as Manchester City pair Joao Cancelo and Ruben Dias are likely to make up a back four with PSG duo Danilo Pereira and Nuno Mendes.

The only slight question comes in midfield, where there is perhaps a lack of a holding player, but even so, this is a squad with bags of talent, and, crucially, a lot of players coming into their peak years.

Portugal to reach the semi-finals at 5/2

It kind of feels like now or never for Portugal, but they simply must top their group if they are to have a strong World Cup, given Brazil would be their most likely opponent should they come second.

First place though opens up the possibility of a round-of-16 clash with Serbia or Switzerland, and then potentially Belgium, Spain or Germany in the quarter-finals.

They have the firepower to defeat all of those teams, and, should things click, this team is comfortably capable of reaching the last four.