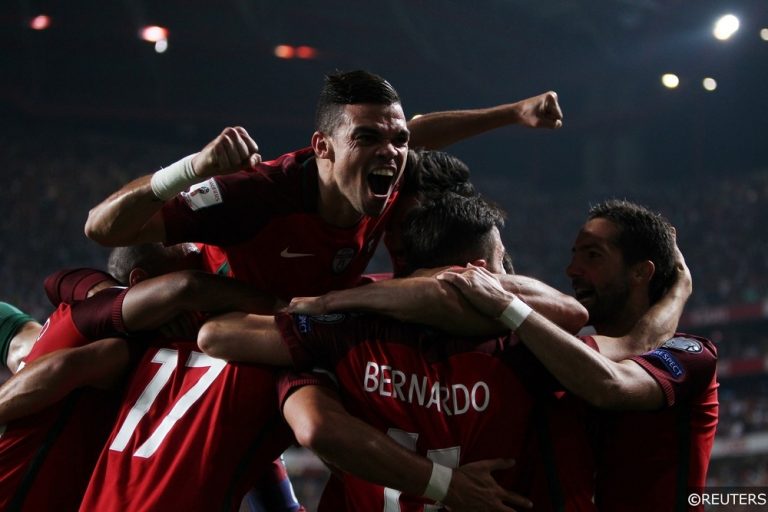 Two years ago, Portugal were the shock champions of Europe. They were seen as outsiders to begin with, and they drifted after a slow start. However, the Selecao showed incredible defensive grit on their way to collecting the trophy. Can they repeat that trick in Russia this summer? They’ve improved since then by adding talent in attack, but how will that change them?

Let’s take a look at Portugal’s timeline this summer, along with their potential route to the 2018 World Cup final.

Portugal make an early start in their summer friendlies, as they host Tunisia just two days after the Champions League final. That rules out Cristiano Ronaldo from their opening warm up clash, but he hardly needs to stretch his legs. The clash in Braga is a warm-up for a meeting with another North African side – Morocco – in their second group game.

The Portugal squad head for Brussels the following weekend, as they take on a talented Belgian outfit. However, with a host of small, skilful forwards this is a warm up for their World Cup opener. The fact that Belgium are led by Spaniard Roberto Martinez makes it a similar test for Fernando Santos’s men.

Portugal meet Algeria in their final game, which comes eight days before their tournament opener. This is another meeting with a North African side, the country which neighbours Morocco. This is the big send off for the European champions, and this probably the only friendly which Ronaldo is likely to appear in. By this point they’ll have already faced Egypt and Tunisia in 2018, which should prepare the European champions for their meeting with Morocco. 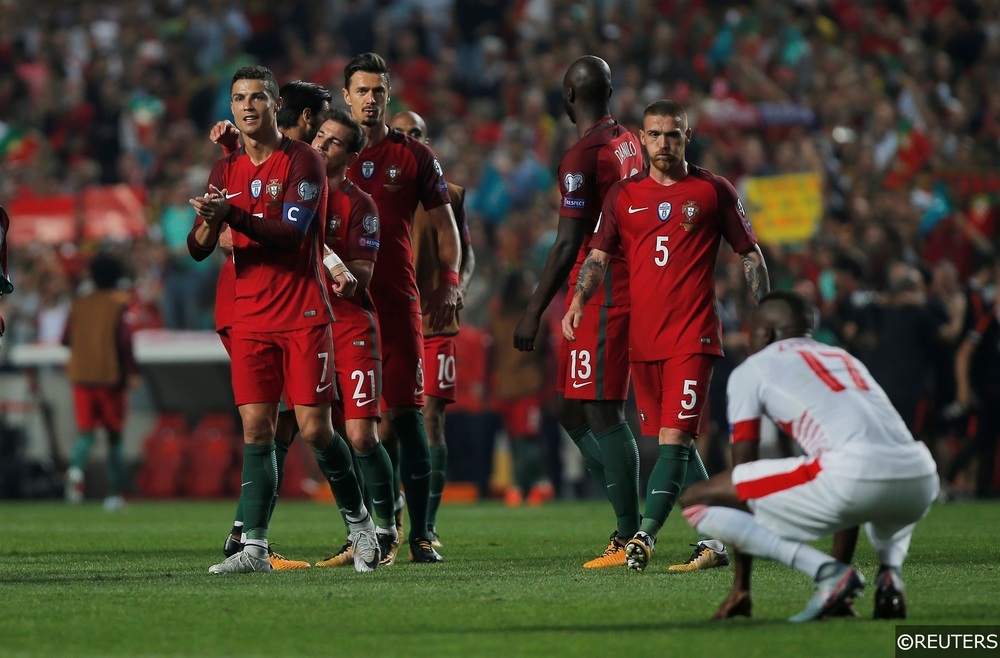 Portugal’s key game comes in their opener, as they meet 2010 World Champions Spain. It’s the first clash between two major nations at the tournament. While the Spaniards are favourites for this one, Portugal’s defensive approach should frustrate them. We expect the European champions to start with a basic style, which brought them success in France. The result in this clash at Sochi will go a long way to define the group, but we expect the Spaniards to edge out a result.

Following their huge opener, Portugal can let the shackles off in their remaining group games. They take on Morocco in Kazan second up, which could be a chance to get back on track after the Spain clash. Given their warm up fixtures, the European champions have to be prepared for this encounter. The African side won 3-1 at the ’86 World Cup, we can’t see a repeat this time around.

Portugal’s final game of the group pits them up against Iran. They’re meeting former Portugal boss Carlos Queiroz, who took them to the 2010 World Cup. His side failed to score in three of four matches in South Africa, and he’s taken that approach to Iran. They conceded just twice in Asian qualifying, so this isn’t a game which suits Portugal’s defensive approach. They’ll need to slowly add to their defensive structure in the following two games, especially against Iran.

Unless the Selecao can win their opener with Spain, then they’ll need a result in this finale. Iran managed a 0-0 with Nigeria and lost just 1-0 to Lionel Messi’s Argentina in Brazil four years ago, so they should put up a fight in this encounter. 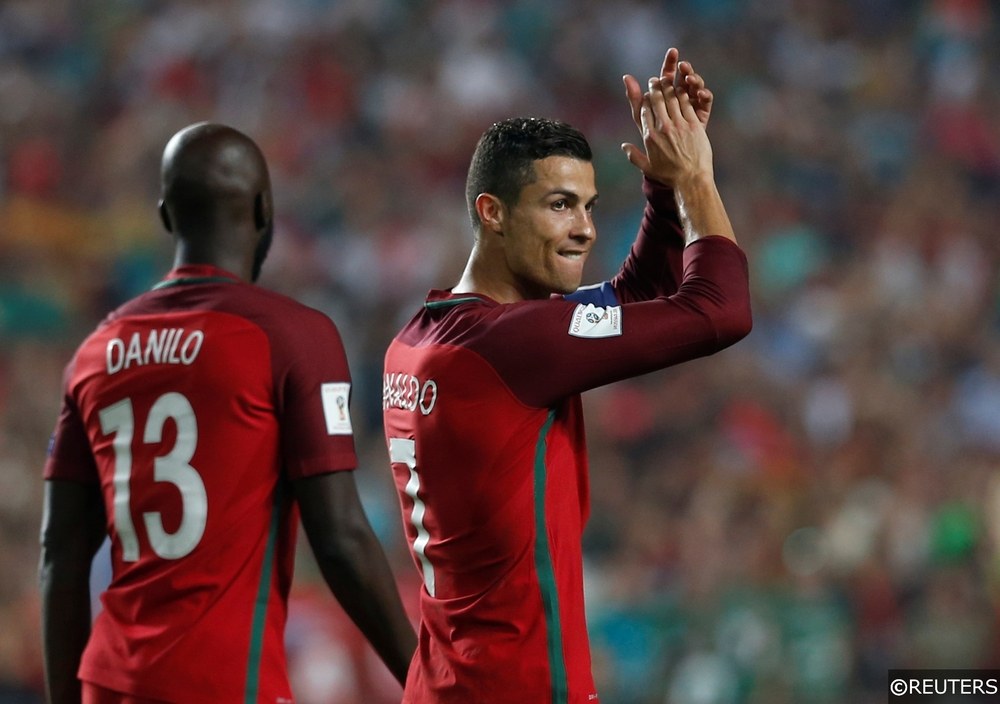 While Portugal will be forced to open up in their group stage games, things are likely to switch back in the last 16. Should they finish behind Spain, then they’ll meet the winners of Group A. We expect that to be Uruguay, which puts Ronaldo’s Portugal in line to clash with two stars of the World Cup. Barcelona forward Luis Suarez and PSG’s Edinson Cavani offer a threat to this ageing Portuguese defence, but given the experience which Santos has at his disposal, they should progress.

Portugal would then progress to the last eight, where the heavyweight ties start lining up. Group C favourites France are the likely opponents for Portugal here, a rematch of the Euro 2016 final. While France were heavy favourites in Paris, they looked tactically inept and short of ideas on how to break down Portugal. Les Bleus would be out for revenge, but having failed to change any of those issues – or manager Didier Deschamps – France could struggle again.

Portugal’s route to the final is littered with big names, with Brazil’s Neymar the latest. This would be an interesting clash of styles, although it surely couldn’t match up to their Nike commercial from 2004. This would be another game where Portugal’s defensive style would show, and the main aim would be to contain Neymar. Brazil are primed to go all the way to the final in Moscow, and they’re likely to have too much for the Portuguese. Of course, we’ve seen what Portugal can do with their backs to the wall, so don’t entirely rule them out.

Should Portugal make it all the way to the World Cup final, they’re likely to face a Group B rematch. Having opened the tournament against Spain, they could meet Julen Lopetegi’s men again in Moscow. The Spanish are the strongest side on the bottom half of the draw, and we’d expect Ronaldo’s side to come up short against a side who have quality in every position. However, we also expected that at Euro 2016, so the Portuguese can certainly dream.