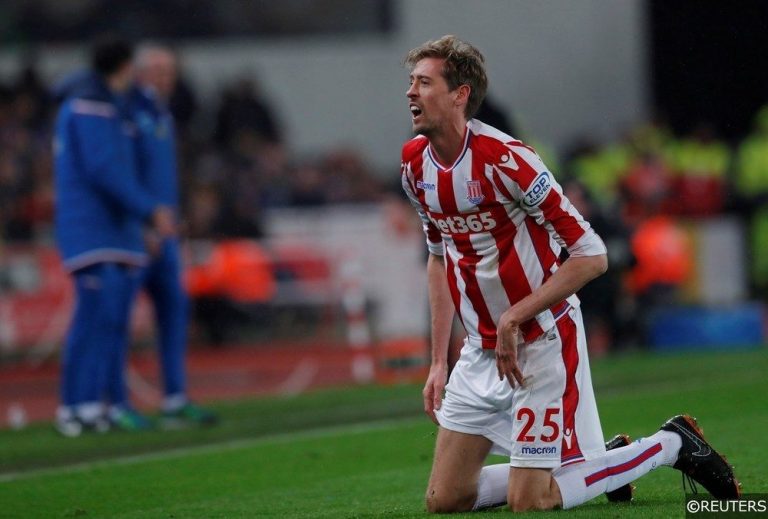 It’s nearly the end of the season and, according to the bookies at least, the three teams who will be relegated are essentially decided. West Brom have been struggling for months and Stoke have continued to disappoint, with their last win coming back on the 20th of January against Huddersfield. Since then, they have drawn 6 and lost 5, leaving them 4 points adrift of safety. Perhaps more surprisingly, 18th place – and also 4 points from safety – is taken by Southampton, who finished 8th last season.

We’ve put together our “Potential Relegation XI” of players who may well be angling for a move come the end of May to remain in the Premier League. Agree or disagree? Let us known on Twitter by tweeting us at @FootySuperTips. We’ll also have football tips for every game involving these teams – and all the other teams in the Premier League this weekend. 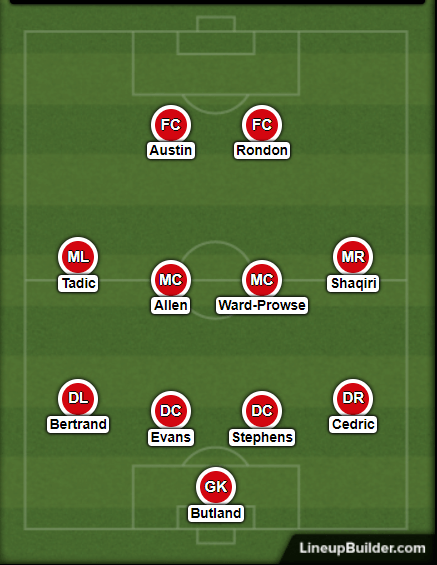 Unsurprisingly, the three teams currently have among the worst defensive records in the league. Despite that, it’s hard to think there won’t be interest for young Alex McCarthy and Fraser Foster (although he has been dropped for the second half of the season). However, the first player in our Potential Regulation XI is Jack Butland. Capped 7 times for England so far, he was the youngest England goalkeeper ever when making his debut in 2013. He’s in the running to be England number 1 following Joe Hart’s recent errors and it would be no surprise to see him go to a top half club as a backup.

A number of players could have made our XI but narrowly missed out. Ahmed Hegazi has been impressive in his first season in the Premier League, while Ryan Shawcross and Craig Dawson both have a wealth of Premier League experience. Kurt Zouma may well have made the XI, but for being on loan from Chelsea. The starting four we’ve gone for feature three Southampton players, including both wing backs. Southampton have only let in the 13rd most goals in the league, fewer than Everton, and their defenders are sure to be of interest to a number of teams. A number of lower half or newly promoted teams would benefit from any of the trio.

The fourth player is Northern Irish centre back Jonny Evans, who has been at West Brom since 2015. He’ll be available for just £3 million if the papers are to believed due to a relegation release clause, and having previously been linked to teams such as Manchester City and Arsenal he is almost certain to leave in summer with the Baggies relegation almost inevitable.

There were a number of players who nearly made our midfield, with one of the more notable players missing out being Mario Lemina. He has apparently caught the eye of Liverpool (who else?), and may be on his way in summer whether the Saints stay up or get relegated. On the left, we have opted for Dusan Tadic. A slightly mercurial player, he has had a very hot and cold season, but it’s unlikely he’ll go unnoticed in the market with the skills he can offer when he is on top form.

Our central duo are Joe Allen, known as the “Welsh Messi”, and James Ward-Prowse. The former has started 33 of Stoke’s 34 Premier League games and been subbed off just twice. He’s a hard working midfield with plenty of Premier League experience. James Ward-Prowse has been a Southampton regular for the last 5 years despite being just 23. He has had solid performance ratings throughout the season and recorded 3 goals and 3 assists. Finally, there was only one choice for the right wing. Xherdan Shaqiri is still only 26, but has been doing his best to keep Stoke in the Premier League almost single handedly with 7 goals and 6 assists. Able to play as an attacking midfielder, a right forward or a right midfielder, his ability on the ball will make him of plenty of interest to a number of teams. He’s also made it clear that he wants to leave, slating the team for a lack of quality.

All three teams have struggled to score goals, but despite that there are some standout individuals. Guido Carrillo was a €22 million purchase in January but has failed to score a single goal. Whether another team wants to take a punt on him at that price is yet to be seen. Jay Rodriguez will be of more interest, recording 7 goals, but we see Rondon being the more attractive player in the summer. It’s been widely reported that he has a £16.5 million release clause in his contract, and that’s likely to be triggered. Finally, Charlie Austin has struggled with a hamstring injury this season, but has still managed 7 goals from just 6 starts and 14 sub appearances. He’s previously played in the Championship and scored at least 10 goals in 4 separate seasons, so Southampton will be desperate to hold on to him if they can.

Some of these players will also be featuring for their clubs this summer during the 2018 World Cup – why not check out our World Cup betting tips and predictions will be posted in the very near future!