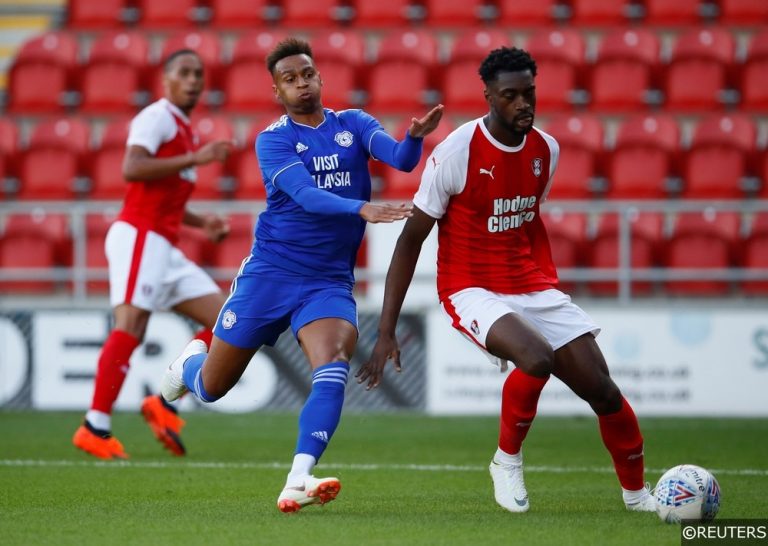 Most people’s eyes turn towards the Premier League title race at the start of the season as they look to predict the likely victor, but by the time the latter stages of the season roll around it’s usually the other end of the table that is causing the most excitement. More often than not, the relegation battle in the Premier League throws up some incredibly turnarounds in form and some edge-of-your-seat entertainment, and we’re expecting another season of highs and lows for a number of clubs.

Last season we were treated to excitement at the bottom of the table from the outset. Crystal Palace’s dreadful run of form at the start of the campaign put them on the back foot from the off, Premier League newcomers Huddersfield managed to escape the relegation battle, and the likes of Everton, Southampton, West Ham, and Bournemouth all flirted with the drop zone at times.

In the end it was West Brom, Stoke, and Swansea who face a deserved spell in the second tier this coming season, with the latter replaced as the Premier League’s only Welsh voice by arch rivals Cardiff, who join Wolves and Fulham in the quest to establish themselves in the Premier League. But will these three be able to make the step up in quality? And if they do, who will be the teams languishing in the bottom three come May?

Cardiff came out of nowhere last season to secure automatic promotion against all the odds. The Bluebird finished 12th in the Championship the season before and didn’t look like much of a threat to the top section at any point in the first half of the campaign. However, from the start of February they won 12 of their 18 league games and lost just three times, pipping Fulham to 2nd place by just two points.

The Welsh outfit had their first and only spell in the Premier League back in the 2013/14 season, but the omens don’t bode well for them. They finished rock bottom of the table that season, winning just seven of their 38 games. To be honest, we’re not expecting Neil Warnock’s prehistoric brand of football to fare very well against the top teams in the country.

Cardiff are odds on favourites for the drop, and the bookies have every reason to have so little faith in their ability. Their overly aggressive defending, which saw them commit more fouls than any other side in the Championship last season, is likely to result in a poor disciplinary record in the top flight, and that’s not promising for a squad with so little quality in depth. Cardiff have probably the weakest squad in the Premier League on paper, but they haven’t made any significant moves in the transfer market to change this. Josh Murphy, Bobby Reid, Alex Smithies, and Greg Cunningham have been brought in, all of whom can be firmly classed as Championship level players.

As far as playing style goes, the news just gets worse for Cardiff fans. Warnock’s style may have won them promotion from the Championship, but it’s unlikely to cut it in the top flight. They played fewer short passes than any other Championship side last season with an average of 207 per game, a statistics that becomes worrying when you see that Stoke, who were relegated last season, were the least successful short passers in the top flight last season with 276 per game.

We’re backing a speedy return to the second flight for Neil Warnock’s men. Cardiff have arguably the worst squad in the Premier League and have invested a fraction of what Wolves and Fulham have. In addition, they have a playing style that is completely unsuited to the Premier League and a manager who is known for his ability in the lower leagues but who has never guided a club to safety in the top flight. 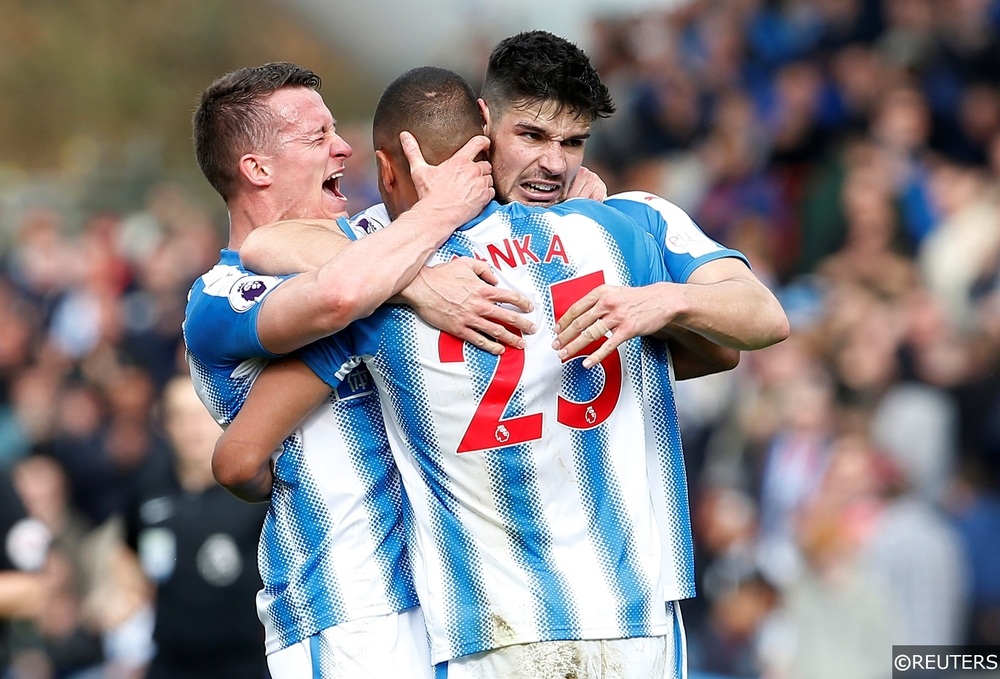 Huddersfield ended a wait of nearly 50 years to return to the top flight of English football last season, and despite being the hot favourites for relegation they managed to stave off the drop to secure a lucrative second season of Premier League football.

The signs are almost equally as bleak coming into this campaign though. They only avoided relegation by four points last season, and more than a few of those points came right at the beginning of the season when teams seemed to severely underestimate them. Once that honeymoon phase ended for Huddersfield they were found out, and The Terriers won just three of their last 20 Premier League matches and just one of their last ten.

In fairness to Huddersfield, they have been busy in the transfer market. Unfortunately they are failing to address the single biggest problem in their ranks – A lack of firepower up front. They were the joint lowest scorers in the top flight last season with just 28 goals in 38 matches, and they failed to score in seven of their last ten outings. Steve Mounie’s seven goals was enough to earn him the accolade of Huddersfield’s top scorer, but they’re yet to approach a proven striker to solve these problems.

They have added two attacking options in Adama Diakhaby from Monaco and Ramadan Sobhi from Stoke, but neither of these can be classed as a goalscorer and both are risky players to rely upon. This risk is increased by the fact that the average age of their six outfield summer signings have an average age of under 23. This promotion of youth is commendable, but it’s a massive risk for a side who could easily have found themselves on the wrong side of the relegation battle last season.

Huddersfield’s lack of goals is a huge issue. Each of the last six seasons in the Premier League has seen the lowest scoring side relegated (Huddersfield were joint lowest with Swansea last season), and given their lack of movement towards a proven goalscorer we think The Terriers are great value to follow this trend this campaign. 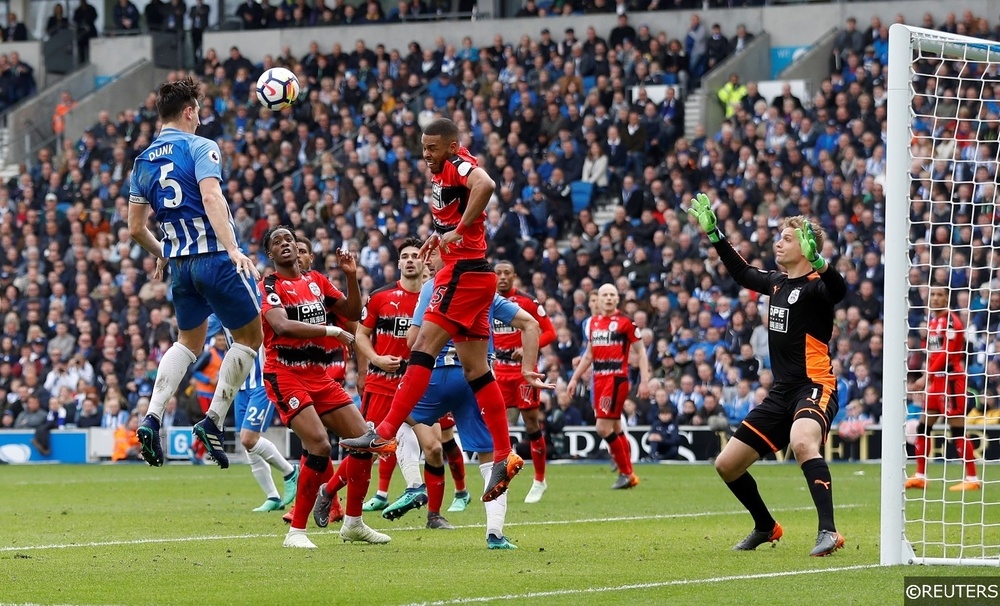 Much like Huddersfield, Brighton managed to defy the critics last season to retain their place in the Premier League after their promotion. The Seagulls never really looked like they were going to return to the Championship, but it still took them 35 matches before they finally secured their position.

However, second season syndrome could well rear it’s ugly head for Chris Hughton’s side. Now that they have established themselves in the Premier League the rest of the pack knows exactly what to expect, something which we saw hints of towards the end of last season. Brighton won just one of their last nine league matches, and with them failing to win any of their four pre-season games so far they could well be dangerously low on confidence coming into the 2018/19 season.

This could get worse before it gets better though. Their opening three matches see them visit Watford and Liverpool either side of a hosting of Manchester United, and you have to feel that three defeats in those games could be all it takes to send them into a downward spiral.

Brighton’s major issues are twofold for the coming season. By the end of last season they held the unwanted accolade of being the worst away side in the Premier League, winning just two of their 19 games. In addition, they harbour a similar goalscoring problem to Huddersfield, netting just 34 goals in their 38 games last season and instead relying on their solid defensive partnership of Shane Duffy and Lewis Dunk.

Like Huddersfield, Brighton haven’t really made any clear steps to solve their goalscoring problems. Glenn Murray led the scoring charts with an impressive 14 goals last season, but the striker is 35 years old in September and is on the decline. Their signings do indicate ambition, but they are also present a huge risk for them.

The Seagulls have parted with a club record fee for AZ Alkmaar’s Alireza Jahanbakhsh, who led the Eredivisie scoring charts with 21 goals last season. The Eredivisie may have brought us gems such as Luis Suarez, Robin van Persie, and Ruud van Nistelrooy, but we can also cast a critical eye back to Afonso Alves, Memphis Depay, Jozy Altidore, Vincent Janssen, and Mateja Kezman. It’s fair to say that recent imports have been more Afonso Alves than Luis Suarez, so purchasing a young Eredivisie winger for a club record fee in an attempt to solve your goalscoring woes is a monumental risk to take.

Unless these transfers pay off we can see Brighton really struggling this season. They lack goals and their game plan was exposed towards the end of last season, so we’re expecting another sad case of second season syndrome to befall the Amex Stadium this year.