We’re under a week away from the start of the new Premier League season now as Manchester City look to defend the crown they so comprehensively won last term.

We tipped the Citizens to bounce back in last year’s season outrights but can they maintain the same level in the coming year and will they be able to fend off competition from Liverpool, Chelsea and arch-rivals Manchester United?

Yes, they may be short but they are short for a very good reason and that reason is that they are by far and away the most complete side in the Premier League.

They beat Manchester United to the title by some 12 points last season and while they haven’t officially made any big transfer moves yet all signs point towards Jack Grealish joining the Etihad contingent before the start of the campaign. Pep Guardiola is unlikely to stop there, either.

Harry Kane is on their wishlist as they look to upgrade in the striking department following Sergio Aguero’s departure, but even if the England captain doesn’t leave Spurs it’s not like City will struggle for goals. They were the highest scoring side in the top-flight last term and their top scorer was Ilkay Gundogan with 13 goals, with only him and Raheem Sterling reaching double figures.

Their extraordinary depth and flexibility in attack leaves them much less vulnerable to injury crises than their competitors. Sterling could get injured, but when you have Gabriel Jesus, Phil Foden, Riyad Mahrez, Ferran Torres, Kevin De Bruyne, Bernardo Silva and Jack Grealish on your books it’s hard to get too worked up about a missing player or two.

Manchester City are without a doubt the most well-rounded side in the division and they are likely to strengthen their squad further before the transfer window closes. They’re worth a bet and expect to see their odds fall further if Harry Kane hops aboard the Guardiola train.

But what about their rivals? 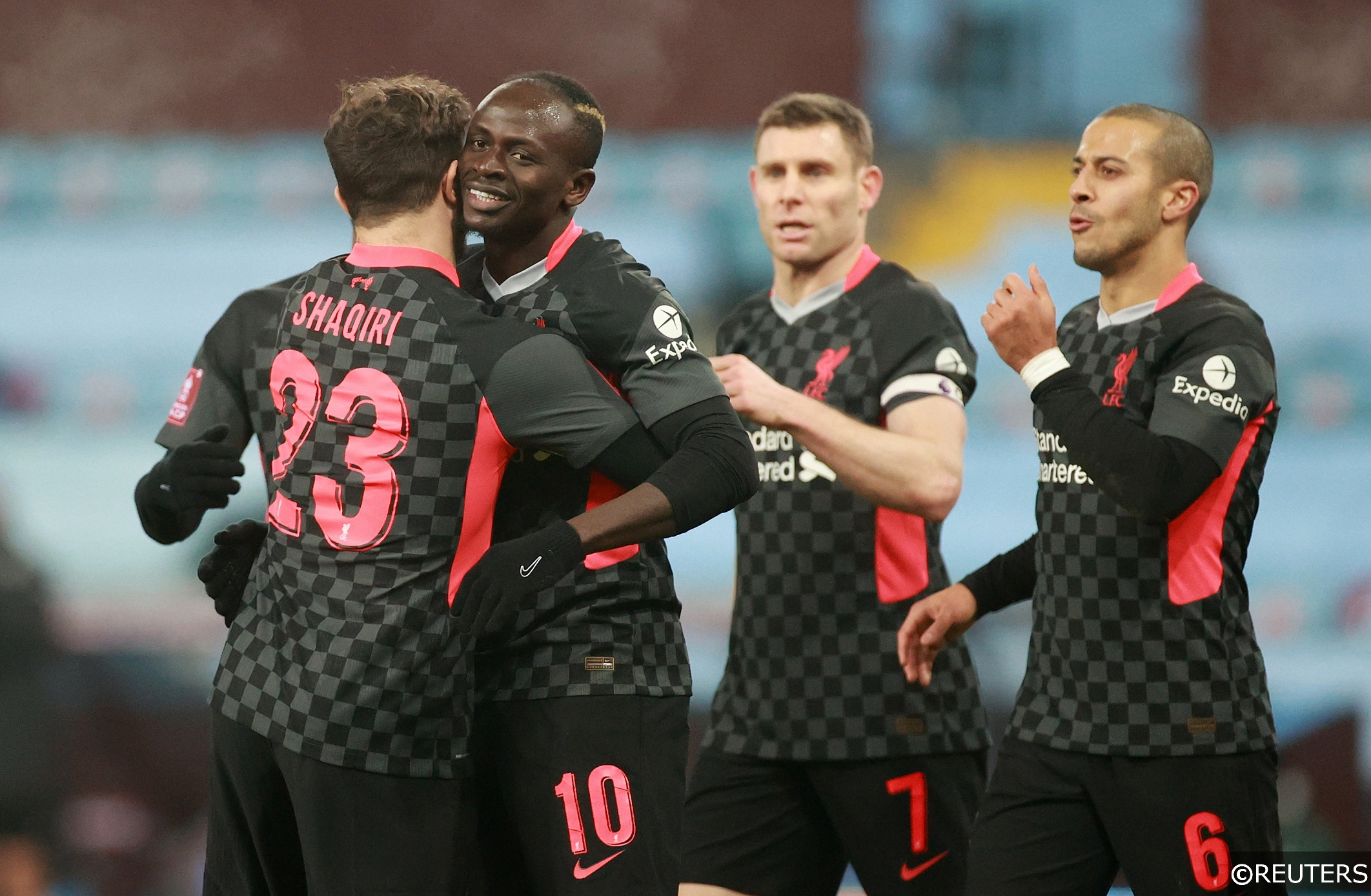 Liverpool’s title win in 2019/20 was a fantastic achievement but it was achieved thanks in part to a perfect storm for Jurgen Klopp’s side. They had no serious injury problems and outperformed their expected points by a massive 24.72, while Man City underachieved their xPTS tally.

Of course, that all changed last season as a defensive injury crisis effectively ended the defence of their first title in 30 years and while that is unlikely to happen again you can’t get away from the fact they have a shallow squad.

The signing of Ibrahima Konate from RB Leipzig does enhance their defensive options but an injury to any of their midfielders or attackers throws up a lot of problems, not to mention the fact that Mohamed Salah and Sadio Mane will both leave the club for the African Cup of Nations in January.

Tuchel’s Chelsea most likely to upset the apple cart

You cannot argue with the quality this Chelsea side have in their squad. Their strength in depth is bettered only by Manchester City and now they have a top-tier manager in charge in Thomas Tuchel they look the most likely of the bunch to pip City to the post.

Kai Havertz has overcome a slow start to life at Chelsea and has been looking more like his former self over the last few months, while the likes of Mason Mount, N’Golo Kante, Jorginho, Reece James, Hakim Ziyech and Christian Pulisic all look vastly improved under the German boss.

The only thing they are missing is a ruthless out-and-out striker but that could be a problem solved by the time the new season kicks off. Romelu Lukaku looks likely to rejoin his former club in a huge deal from Inter Milan, and if he can transfer that form back to the Premier League Chelsea could become real contenders. Backing them each-way at 5/1 could be a good move.

Last season’s Premier League runners-up have made the biggest moves of the transfer window so far, with Raphael Varane all but confirmed and the signing of Jadon Sancho already complete. Unfortunately, that probably won’t be enough to bridge the gap to their noisy neighbours.

Manchester United outperformed their xPTS by some margin last season while both Chelsea and Liverpool underperformed, so even a second-place finish could be a struggle and that’s why they’re priced as fourth-favourites by the bookies at 8/1.

The lack of depth at full-back and in midfield could be their undoing, and they might find themselves struggling in the early parts of the season without Marcus Rashford. That problem could be exacerbated further should Luke Shaw’s broken ribs keep him out and further weaken that crucial left side of their attack.

I expect them to be in a battle with Chelsea and Liverpool, but City are too far ahead at the moment. 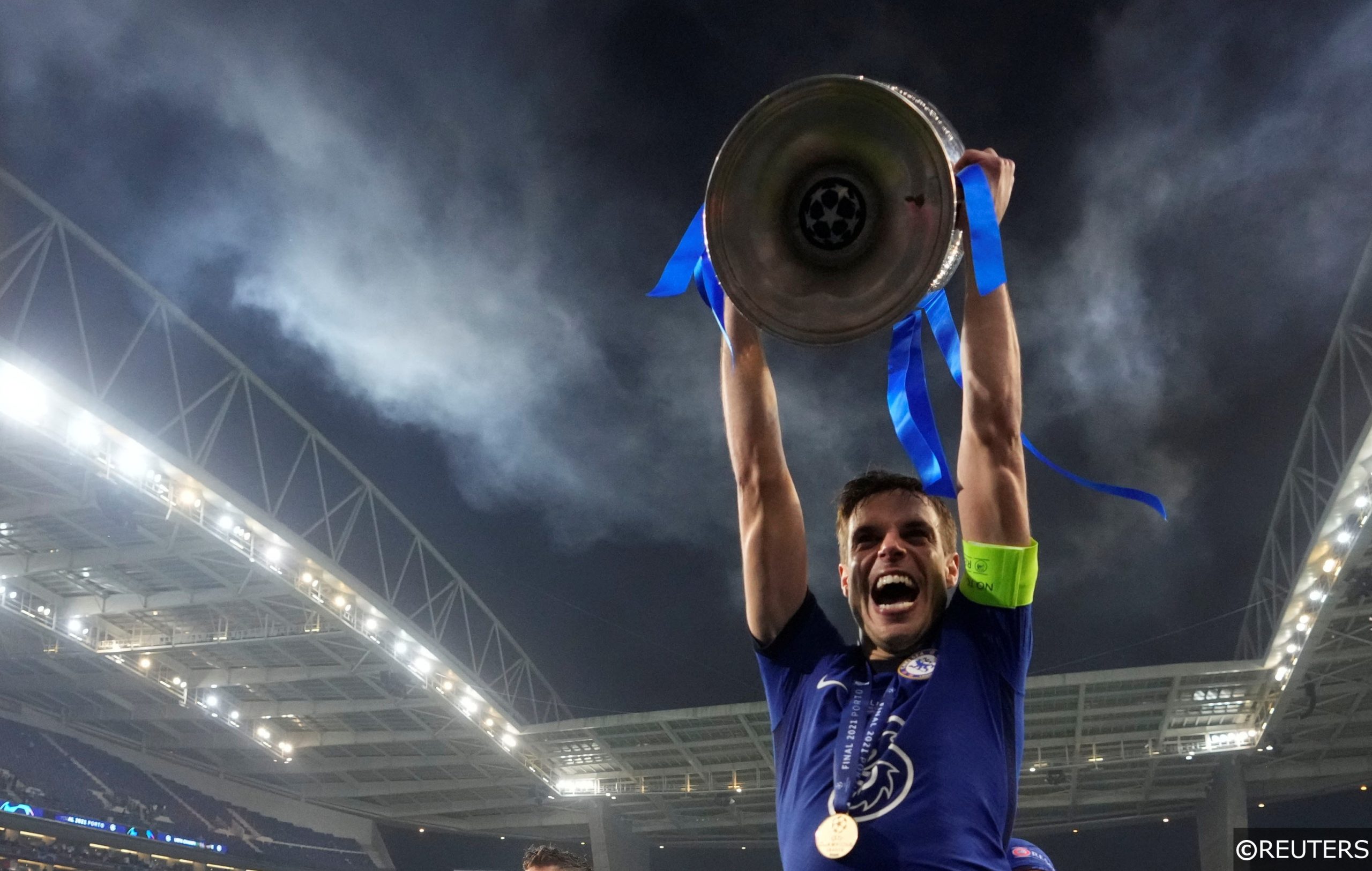 The Premier League looks set for a return to a dominant big four, with Man City, Liverpool, Chelsea and Man Utd all 2/7 or shorter to make the Champions League spots.

In all honesty, it would be a real shock if any of these teams dropped out of the top four but at these prices there’s not much value on offer. There are, however, a couple of tasty looking bets in alternative markets.

One of these is a straight forecast for Man City to win the league ahead of Chelsea coming in at 10/3. Chelsea have squad depth on their side and a full season under Tuchel should mean improvement. The German boss turned them into Champions League winners and the confidence that brings cannot be overstated.

Leicester to win without the Big Six at 13/8

While looking for teams most likely to break into the top four the biggest contenders were Leicester. The Foxes have come agonisingly close to Champions League football in each of the last two seasons and their summer business has been excellent so far.

Patson Daka and Boubakary Soumare are both fantastic signings and the continued improvement of Kelechi Iheanacho – along with Daka’s arrival – reduces their reliance on the ageing Jamie Vardy. They might not have enough to finish in the top four, but you can back them to win without the big six at an incredible 13/8.

Messi on the move: Could he help 45/1 Man City win the quadruple?

League One predictions with 24/1 acca