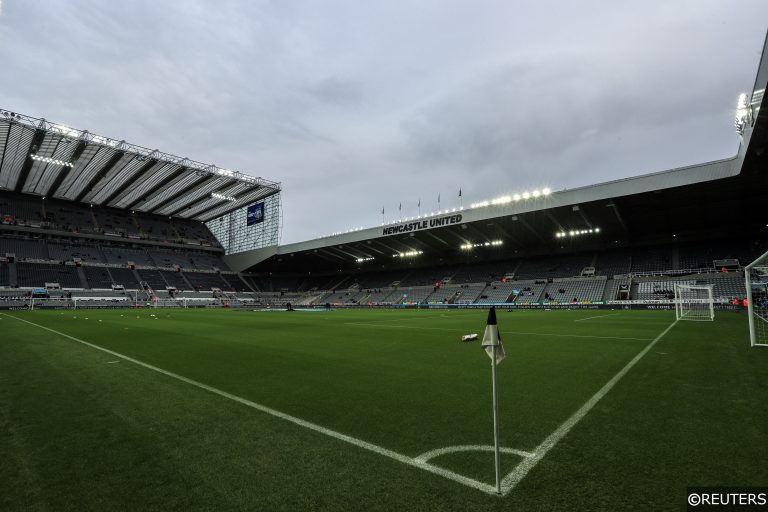 There are seven Premier League games on Saturday this weekend and we’ve been picking out our best cards and corners bets ahead of the action.

We’ve avoided the early game for this accumulator and our six selection bet pays out at 45/1.

As always, you can use these selections for your own cards & corners accumulator, add them to a bet builder if you want to focus on one specific game, or back them all in our 45/1 fivefold bet below.

Southampton vs Leeds – Leeds to have the most Cards

Best cards & corners bet: Leeds to receive the most cards at 5/6

Leeds were the worst behaved side in the Premier League last season, picking up a whopping 106 cards in total at an average of 2.79 per-game. Leeds had two players booked in their win over Wolves last weekend and Southampton didn’t receive any cards in their defeat at Spurs so we’re expecting the visitors to pick up the most cards at St Mary’s.

Leicester averaged a solid 4.84 corners per-game on their travels last season and across the entire campaign they only won 24 fewer corners in total than Arsenal. The Foxes actually took more corners than the Gunners in both of their Premier League clashes last season – despite losing both games – so the visitors with a +3 corner handicap looks a strong option in this match-up.

Manchester City averaged 8.34 corners per-game last season so we’re expecting over nine in total when they host Bournemouth. There were 10 taken in total in the Cherries’ curtain raiser, a 2-0 win over Aston Villa. City will almost certainly spend most of the game on the attack and will probably win plenty of corners as Bournemouth will be on the backfoot.

Brighton took 42 corners more than Newcastle did over the course of last season, which is an average of over 1.0 per-game more. Newcastle were a good team for corners backers towards the end of last season but they won at least two fewer than their hosts in each of their last two trips so the Seagulls can beat a -1 corner handicap.

Wolves and Fulham were both well behaved sides last season and they both received less than 2.0 cards per-game on average last season. Wolves didn’t have a player booked in a 2-1 loss at Leeds last week and Fulham only picked up two yellow cards in their draw with Liverpool, who have plenty of pacey players who win fouls, so under 4.5 cards looks a good option in this match up.

Brentford averaged the lowest corners per game in the PL last season (4.18), while Manchester United had the seventh most and won 40 more than Brentford over the course of last season.

United may have lost to Brighton in their season opener but they still won six corners to the Seagulls’ two, so they should be able to win at least two more than their hosts on Saturday.