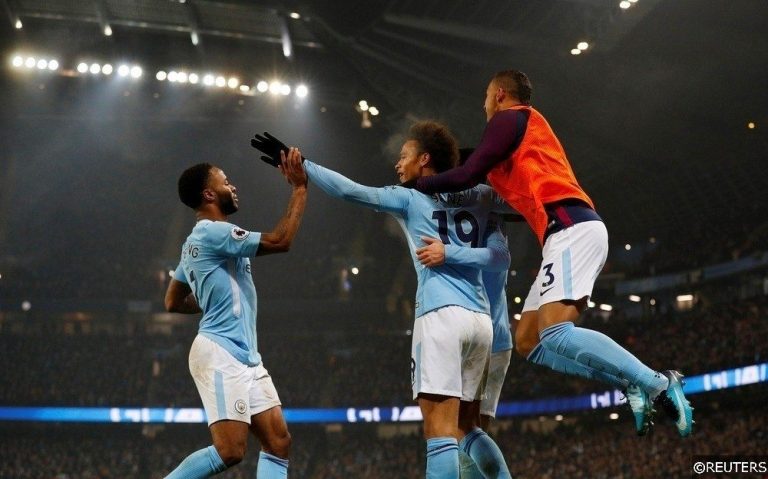 How do you top a Premier League season like the one Manchester City just had? If the target was perfection, then City came mightily close to achieving it under Pep Guardiola in 2017/18.

City became the first team to break the 100-point mark in a single season, scoring a record breaking 106 goals along the way. They broke the record for most wins in a Premier League season (32) and most away wins (16) in a single campaign too.

They shattered the record for most consecutive league wins in a season (18 between Aug 2017 and Dec 2017) and eventually won the title by a record margin (19 points). You can throw in a record goal difference figure of +79 on top of that too.

2017/18 bordered on the absurd for Manchester City, who hit the kind of single-season figures long thought impossible to reach. They set standards that could prove impossible to maintain this season, though really, City don’t need to.

City could afford to let their indomitable mask slip a little more this season and they would STILL probably coast to another Premier League title.

It’s up to the chasing pack to make life harder for Guardiola in 18/19 – but can the pretenders get close enough to put the squeeze on the Citizens?

After suffering an injury almost immediately after this move to England last summer, Benjamin Mendy has become more famous for his social media accounts than his qualities as a footballer. City signed Mendy from Ligue 1 side Monaco last year for a whopping £52m, though the Frenchman made  just 7 appearances for his new club before picking a cruciate knee injury against Crystal Palace.

City deployed Fabian Delph as a makeshift left-back in Mendy’s absence and though the England international was a more than able deputy, the return of fullback specialist Mendy should considerably strengthen City in that area.

Will motivation be a factor? 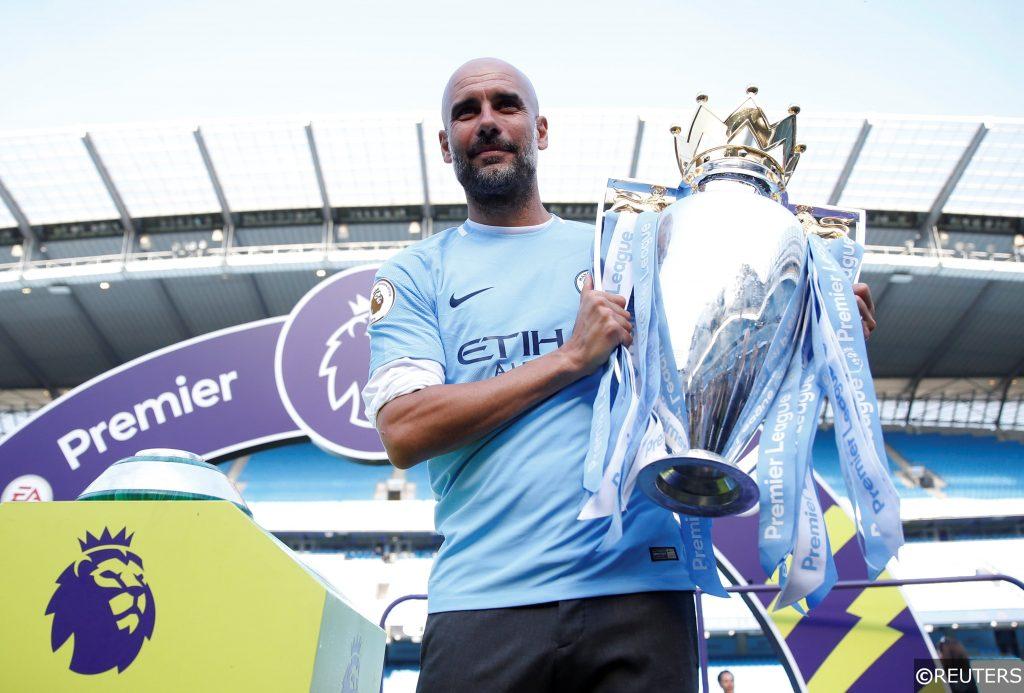 Having conquered the Premier League so emphatically last season, it could transpire that City’s players don’t quite have the same desire or drive to hit those heights again in 2017/18.

Topping the incredible numbers City racked up last season should prove a near impossible task, even for Pep Guardiola, and it would be understandable to see City put much more of an emphasis on achieving glory in the Champions League this year.

A more concerted and devoted push for continental honours might see City’s focus on the Premier League shift just a little.

Of course, City have more than enough in terms of quality and depth to launch an attack in multiple fronts, but if City are to win the Premiership again this season, Guardiola will have to do something nobody else has in nearly a decade – successfully defend the Premier League title.

Manchester United were the last team to win it back-to-back, when they enjoyed successive titles in 2007/08 and 2009/09.

Raheem Sterling to lose his place? 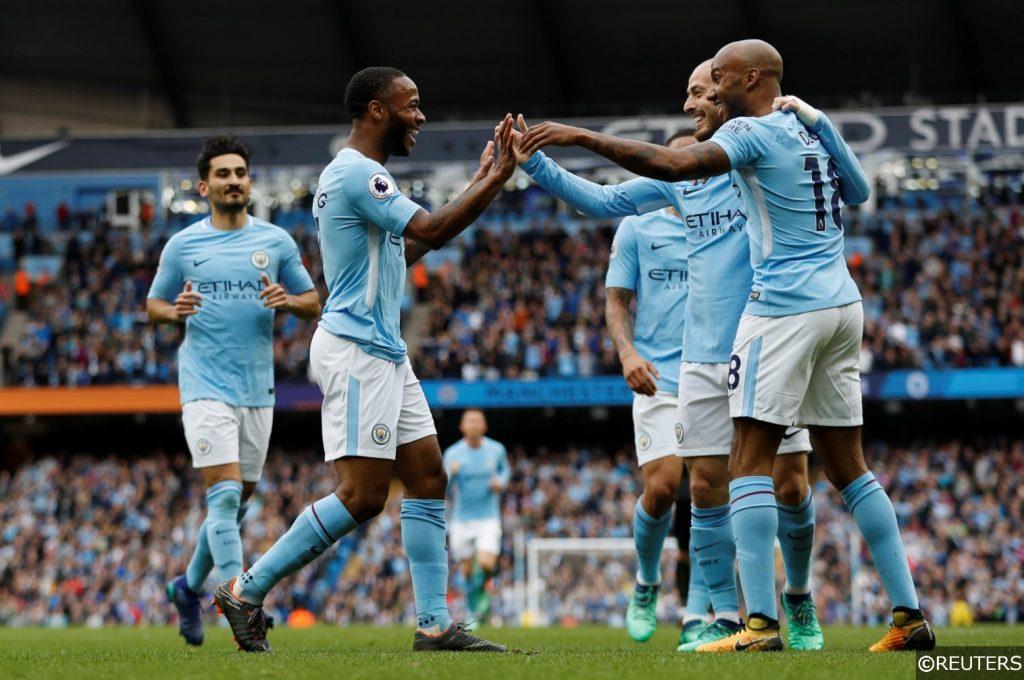 England’s Raheem Sterling enjoyed a fabulous individual campaign for Manchester City in 2017/18, scoring 18 times and collecting 11 assists in total during a season of heavy involvement for the 23-year old.

However, it could have all been a very different story for Sterling, had Pep Guardiola got his wish and signed Riyad Mahrez last summer.

Guardiola also tried in vain to sign Alexis Sanchez and Mahrez again in the January transfer window, adding further weight to the theory that he has been actively trying to find an upgrade on Sterling for 12 months.

Behind the stellar statistics, there are still weaknesses in Sterling’s all-round game. His decision making often lets him down and he regularly turns promising situations into missed opportunities.

It looks as though Guardiola has opted to put his trust in a more mature player in Mahrez and the Algerian’s arrival could see Raheem Sterling become more a peripheral figure at City this season.

Failure to add a midfielder 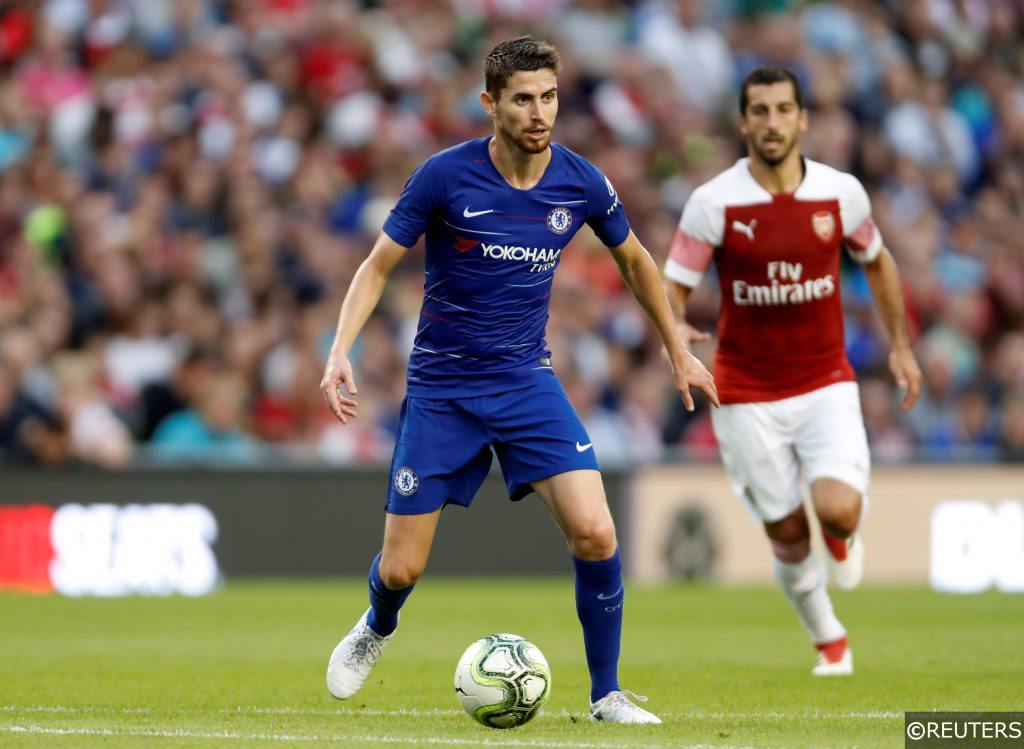 City had looked certain to sign former-Napoli midfielder Jorginho this summer, but their insistence on haggling over the transfer fee saw Premier League rivals Chelsea steal in to secure the schemer’s signature.

If the rumours are to be believed, then City also lost out to Manchester United on the signing of Brazilian international midfielder Fred – again, refusing to sanction the extra few million required to get the deal over the line.

With Yaya Toure’s City love affair finally coming to an end and key transfer targets missed out on, City enter the 2019/19 season with a shortage of numbers in deep midfield.

Fernandinho, Ilkay Gundogan and Fabian Delph are City’s only recognized senior players in that position now, though Delph has never been fully trusted to play that role under Guardiola.

Kevin de Bruyne could conceivably operate as the deepest of a midfield two or three, though the Belgian’s considerable creative talents would be wasted playing so far from the opposition goal.

An injury to Fernandinho would cause big problems for Pep Guardiola, who must still be keen to find extra cover for the 33-year old.

Manchester City are rightly considered as overwhelming favourites to win the Premier League again this season. Their already purring attack has been supplemented further by the arrival of Riyad Mahrez and the former Leicester City star should add a new dimension to their forward play.

Bar Liverpool, none of City’s rivals have really done anything of significance in the transfer market and while motivational problems could be yet a factor, City look set to dominate domestically again this season.