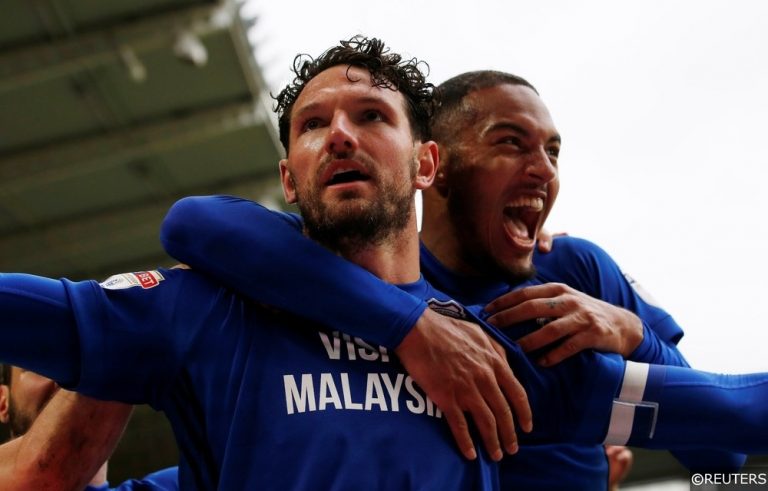 Having finished in 12th spot the season before, the Bluebirds weren’t expected to mount a challenge for promotion, but a run of just three defeats in their last eighteen league fixtures catapulted them into contention near the summit of the table.

That sequence included a sensational eight-match winning streak between February 13th and March 30th. When it comes to proving people wrong, Cardiff City have plenty of experience.

They will need to defy the odds again this season with the majority pundits and supporters expecting Cardiff to play the role of Premier League whipping boys in 2018/19.

Cardiff enjoyed a brief flirtation with top flight football in 2013/14, though they finished bottom of the pile that season having won just 7 of their 38 Premiership contests.

For Cardiff to extend their Premier League stay a little longer this time, Neil Warnock will have to continue to play to City’s much-maligned strengths.

The Bluebirds won’t win any admirers for their style of play this season and their abrasive manager is likely to ruffle more than a few feathers, but they will need every inch of the doggedness they showed in the Championship to stay afloat in the Premier League.

Warnock will point to Huddersfield Town and Brighton & Hove Albion as examples of what can be achieved by less-fancied Premier League newboys if the commitment of the players is total. All three teams promoted from the Championship last year managed to stay up. Cardiff will be praying that trend continues this year.

New signing Bobby Reid rattled in 19 goals in the Championship last season, a full 9 goals more than Cardiff City’s top scorer Callum Paterson. Reid adds some much-needed dynamism to Cardiff’s striking department, though the 25-year old is flexible enough to play out wide if needed. Reid isn’t afraid to put in a shift defensively, which should be a very useful asset for a Cardiff City side who will expect to be on the wrong side of the possession stats most weeks.

In last season’s Championship, no club scored more goals from set pieces than Neil Warnock’s Cardiff City. The Bluebirds hit a staggering 21 goals from set plays in 2017/18. This summer’s World Cup showed just how devastating a well-worked corner or free kick routine can be and City will hope to utilize their expertise in that area in the Premier League this year.

Cardiff ranked 11th in the Championship for goals scored from open play however, and though proficiency from set pieces is a fabulous weapon to have in their armoury, a heavy reliance on that avenue for goals could lead to trouble.

The Bluebirds received plenty of criticism last season for what was perceived by many as a dated, reductive style of play. While the critique of their style was a little over the top at times, Cardiff’s football isn’t likely to please the Premier League purists this season.

City committed more fouls per game on average (14) than any other Championship team in 2017/18, lending credence to the opinion that Neil Warnock’s men tend to push the boundaries for what is considered acceptable aggression.

Cardiff also ranked bottom of the Championship for average short passes played per game, hitting just 207 of them per ninety minutes. Comparatively, Stoke City averaged the fewest shortest passes in the Premier League last season with 276 per game and they of course finished 2nd from bottom.

With the weakest squad in the division, on paper at least, Cardiff City needed to part with a huge wedge of cash this summer to try to narrow the gap between themselves and the other sides expected to be embroiled in a Premier League relegation battle hits season.

The Bluebirds have plucked four players from their former Championship rivals, but really, they have only scratched the surface in terms of the improvements they needed to make.

Alongside Bobby Reid’s signing from Bristol City, Cardiff signed left-winger Josh Murphy from Norwich City. The 23-year old is blessed with bags of natural talent, but he will have to iron out the inconsistencies in his game to have any kind of impact on the Premier League.

Former Preston left-back Greg Cunningham and former QPR goalkeeper Alex Smithies were also brought in for nominal fees, but both are likely to add little more than cover for the players already in Cardiff’s starting XI.

With just a few weeks left until the transfer window shuts, a statement signing or two could make all the difference for Cardiff in their bid for survival this season.

With the weaknesses in their squad considered, it’s difficult to see anything other than a swift return to the Championship for the Bluebirds this season. Finding a way to combat their attritional style of play will prove a frustrating experience for a good chunk of the other teams in the Premier League, though Cardiff’s lack of quality will eventually catch up with them.