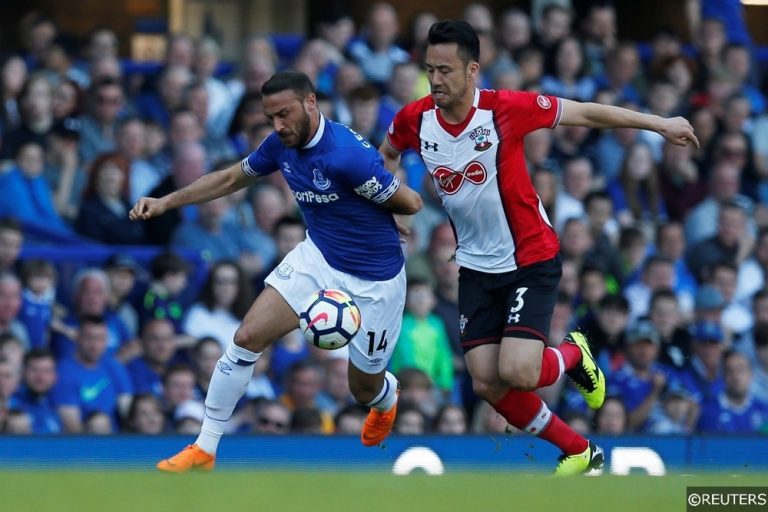 It’s strange to think that just a couple of years ago Southampton were considered as regulars in the battle for European football. The Saints finishing in the top eight of the Premier League four seasons on the bounce, but last season things finally started to unravel.

It was only a matter of time to be honest. Their excellent youth system and shrewd signings were the cause for their brief success, but the effect of this success was their downfall last term. Every summer they faced a massive battle to keep their talented youth products as Premier League clubs flocked around them to plunder their best players. It was always going to happen, but the way Southampton dealt with this didn’t help them in the slightest.

They failed to recruit any proven quality to replace these departed players, and their steady stream of youth products finally slowed. Claude Puel was controversially sacked despite leading The Saints to an 8th place finish in the Premier League and a League Cup Final. He was a victim of the success of predecessor Ronald Koeman, but his sacking is one they will regret now. Mauricio Pellegrini took over at the beginning of last season and was jobless by March, leaving a Southampton side in the midst of a relegation battle and with just one win from their last 17 games.

Mark Hughes, who had been sacked by Stoke only a couple of months ago, was appointed to take the reins. He won just two of their final eight league games, but it was enough to stave off relegation and he was rewarded with a three year contract. The summer has seen Southampton retain most of their players too, although that is mainly due to the fact that barely any of them warranted any attention from potential suitors after last season’s performances.

Now they look to rebuild after the fire that was the 2017/18 campaign, but do they actually have the quality in their squad?

Dusan Tadic’s move to Ajax for a rather meagre £10 million this summer left a gaping hole in Southampton’s already problematic attack. Tadic isn’t exactly a world class player, but he was absolutely crucial to Southampton’s limited success last season. He came second in both their goals (6) and assists (3) chart, and he brought creativity and skill to the team that no others could. Mark Hughes’ signing of Stuart Armstrong from Celtic means that he can fit into that role behind the strikers, but it’s Mohamed Elyounoussi who Hughes is really hoping can fill the creative void

The Norwegian international started his career at Sarpsborg, but after three seasons there he moved to Molde and enjoyed a breakout spell in his career. He was just 19 at the time, but over the next three seasons he scored 30 league goals in 70 appearances for the Tippeligaen club before making the step up to the Swiss Super League. He has been operating on Basel’s left flank for the past two years, and last year saw the now 23-year-old put in performances to attract the attention of Europe’s bigger clubs. He scored 13 goals in all competitions and provided a fantastic 17 assists on top of that; a productive season that was the catalyst for his move to St Mary’s.

However, it’s undoubtedly a huge risk for Southampton. The £16 million fee isn’t exactly earth shattering, but the pressure on him could be. He comes in to replace one of Southampton’s very few shining lights going forward, and he will be tasked with improving their dismal goalscoring record. They averaged less than a goal per game last season. That’s a huge weight for the 23 year old to bear, and he is by no means of proven quality yet.

He arrived having had two successful seasons at Basel, but the Swiss Super League is not even close to the quality of the Premier League. To put the difference into perspective, Elyounoussi was part of the Basel side that won it’s eighth Super League title in a row last year, winning it by a margin of 15 points. The season before was 17 points, and the campaign before they signed Elyounoussi was 14 points. They are hugely dominant in Switzerland, with or without the young Norwegian.

His signing is ominously similar to that of Sofiane Boufal, who was loaned out to Celta Vigo after two miserable seasons at St Mary’s. Boufal also operates from the left flank and moved to Southampton following a very promising season with Lille in Ligue 1. However, he scored just three Premier League goals in his 50 appearances for them before being farmed out to La Liga. The potential is there for Elyounoussi, but his future success is far from a certainty.

Honestly, watching Southampton last season was, at times, akin to the footballing equivalent of torture. Barring the odd moment of quality from Tadic, or the even more infrequent moment of skill from Boufal, they were completely bereft of attacking threat. This shows in their stats as well. The 17th placed side finished with just 37 goals from 38 games, the 14th lowest in the Premier League. Their top scorer, Charlie Austin, hit the back of the net just seven times, and second highest scorer Tadic has left the club. Their other two strikers, Manolo Gabbiadini and Shane Long, scored just seven goals between them in 57 matches, averaging a goal every 4.2 games combined.

Admittedly Austin’s return of a goal every 1.6 games isn’t bad, but his injury problems seem to have become a lot worse over the last couple of years. For each of the last two seasons he has spent over three months on the sidelines, and he was limited to just ten Premier League starts last season. Relying on such an injury prone striker is a huge risk, and it’s clear that neither Gabbiadini (one goal every 215 minutes) or Shane Long (one goal every 790 minutes (yes, you read correctly)) are capable of filling the void if Austin does get injured.

So then, who has Mark Hughes been chasing to try and improve this obviously weak area of his squad? Well, nobody. Barely a single word has been uttered about Southampton chasing an out-and-out striker. This is a major worry for the fans, especially when you take into account that low scoring sides (unless they’re Burnley) tend to struggle enormously in the Premier League. In each of the last three seasons the lowest scoring side in the top flight have ended up relegated. 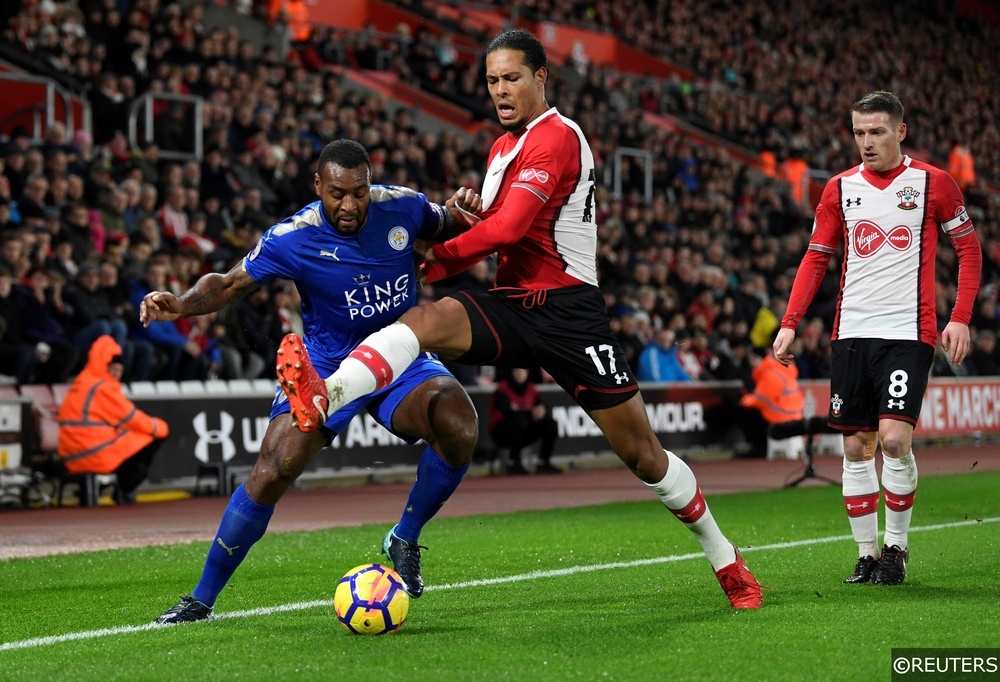 After a protracted transfer saga last summer which saw Liverpool apologise to an incensed Southampton over their illegal approach of Virgil van Dijk, the Dutch centre back finally skulked back to St Mary’s with a frighteningly large chip on his shoulder. He handed in a transfer request and released a statement outlining his intentions to leave, but in the end it all amounted to nothing immediate. The 27-year-old remained at Southampton for the start of the 2017/18 Premier League season, eventually making his first appearance of the campaign in September. His last appearance was just three months later in a 4-1 thrashing by Leicester, and a couple of weeks after that he finally got his wish and moved to Liverpool.

van Dijk only played 12 times for The Saints last season, with them conceding an average of 1.5 goals per game when he played. This is no better than when they didn’t have him in the side, but it’s worth noting that he faced Arsenal, Manchester City, Manchester United, and Liverpool in these 12 games. It only takes a glance at his other stats to see his value – His 2.4 interceptions per match was higher than any other player with more than ten appearances to his name. As was his 6.5 clearances per game and his 1.1 shots blocked per game. The 2016/17 season saw him play 30 competitive games for Southampton before his injury in January, with them averaging just 0.93 goals conceded per game in these matches. He didn’t play again that season, and Southampton conceded an average of 1.57 goals per game in their remaining 19 matches.

The Anfield club paid a huge £75 million for the player, a world record fee for a defender. It’s unlikely that Southampton feel they got a bad deal out of this, but once again they have failed to make use of all these extra funds in the transfer market. They have signed Jannik Vestergaard from Borussia Monchengladbach, but is that alone enough to replace the influence of van Dijk? Vestergaard played 32 Bundesliga games for Borussia Monchengladbach last season, but they conceded 52 goals in their 34 games. Only five Bundesliga clubs ended the campaign with a worse defensive record than this, so it’s far from a foregone conclusion that Vestergaard can fill this void.

Read More: Premier League 2018/19 Predictions: Who finishes where in the table?

It seems that Southampton are set for another season of struggling, and their failure to adequately address problems at both ends of the pitch will be a big worry for their fans. If Charlie Austin ends up on the sidelines for any period of time we can see them really struggling, and the same holds true if Jannik Vestergaard fails to live up to the high standards set by Virgil van Dijk.