The end of probably the most exciting and unpredictable Premier League seasons in history is coming to a close. The end is in sight, but there is still plenty more action that could happen before the end of the season.

We’re going to run you through the remaining six gameweeks and give our predictions on how the top of the table will look after 38 games have been played.

Back Leicester to Win the Premier League at 2/7 here! 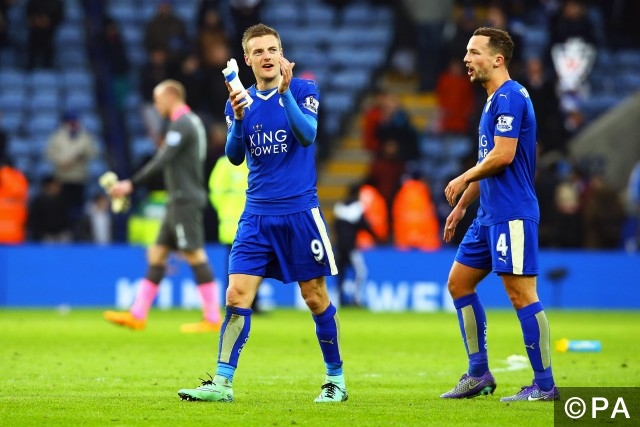 Bottom of the Premier League for much of last season, they managed to complete the great escape before controversially sacking Nigel Pearson during the summer. The appointment of Claudio Ranieri wasn’t exactly welcomed with open arms at the beginning, but what an appointment it’s looking now.

The most surprising Premier League title challengers in history started the season with a flourish of attacking flair that had the neutrals purring, but as the season has progressed they have shown remarkable versatility by switching to a more organised and efficient outfit. This is illustrated by there four 1-0 victories in a row at the time of writing.

Everybody has been asking each other just how much longer they can continue winning all season, and with just six games left to play they find themselves seven points clear at the top of the table. An historic Premier League trophy is well within their sights now, and their fixture list isn’t particularly difficult either.

Leicester only need to win four of their remaining six games to wrap the title up, and I think they can do that. Games against Sunderland, Everton, and Swansea are all definitely winnable for Ranieri’s men, but the other three fixtures are a little more difficult.

West Ham is their first major hurdle. Slaven Bilic has set his side up to be very difficult to beat, but I think the home advantage could get Leicester a narrow victory. Away at Manchester United has draw written all over it, and with the title wrapped up I think that Chelsea could take advantage of their complacency and get a win on the last day of the season.

Back Spurs to Win the Premier League at 11/2 here! 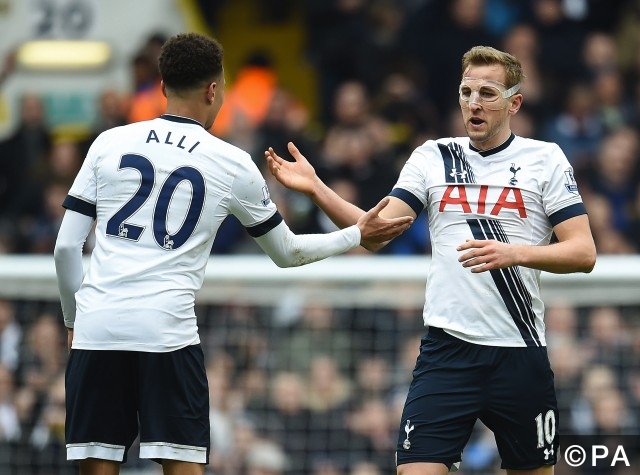 If this was any other season all the plaudits would be with Tottenham Hotspur. They have put together a genuine title challenge for the first time in decades and have looked every bit capable of winning the Premier League. But Leicester’s success has overshadowed their own, and after dropping points at Anfield on Saturday their long awaited Premier League victory is looking a bit beyond them. Still, a 2nd place finish would be an excellent result in the grand scheme of things, and could well lead to them becoming regular challengers at the top of the table.

Spurs have one of the easier runs ins of the top four, and I think they’ll make full use of that as they look to hang on to 2nd position and hope that Leicester will slip up. A home match against Man United should result in a win with the visitors being so hit and miss, whilst their fixtures against Stoke, West Brom, Southampton, and Newcastle are all extremely winnable.

A visit to Stamford Bridge represents a real challenge though, and I think that could be a similar match to the one we saw at Anfield at the weekend, with both teams showing quality but being unable to get a win. Ultimately, they are likely to miss out on the Premier League title. But it only takes a few skewed results to change that outlook!

Back Arsenal to finish third at 7/4 here! 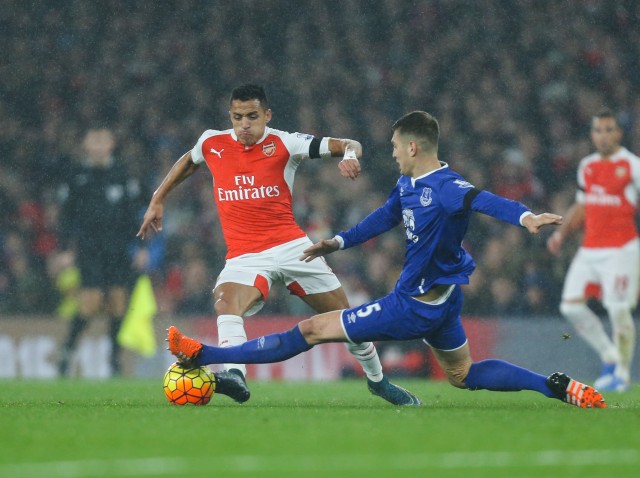 It was all looking so good for Arsenal a few months ago. They had taken advantage of Manchester City’s poor form and were hanging on to Leicester’s coat tails and just waiting for the seemingly inevitable slip up.

As we all know, that slip up hasn’t yet come and instead the Gunners have found themselves slipping. They have dropped to a seemingly insurmountable 11 points adrift of the leaders and been eliminated from the FA Cup and Champions League. They are now just hoping that their 4-0 win over Watford can kickstart their season again so they don’t miss out on the top four.

They have a very tough fixture at Upton Park coming up, and I think that will spell defeat for them. After that they have four easily winnable matches against poor sides, but we all know Arsenal’s capacity to let these sort of games slide through their fingers. Ultimately, they should all result in victories, but Sunderland away from home has a distinct possibility of losing them a couple of points. On the last day of the season, with their title challenge over, it will be up to them to put the final nail in Aston Villa’s coffin.

When Chelsea started capitulating early in the season the Premier League title looked to be heading back to the Etihad. Manchester City were playing with flair and creativity, but that soon changed as their poor away form started to effect them. They have since dropped off in form hugely, and now find themselves fighting for a top four position. There is a very real chance that Pep Guardiola could be inheriting a side who aren’t even in the Champions League in the summer.

We all know where the outgoing Manuel Pellegrini’s priorities will lie as well. They have two legs against Paris Saint Germain coming up, and if they manage to get through they will have another two midweek fixtures to play. This could result in some weakened Premier League team selections.

Weakened team or not, Manchester City should be beating West Brom at the Etihad. With PSG favourites to progress in the quarter finals no more midweek fixtures have been accounted for. Chelsea are in form and should be able to get the win at Stamford Bridge, and matches against the defiant Stoke and Southampton could prove problematic. Arsenal will be visiting the Etihad desperate to avoid defeat and hang on to 3rd position, so they will settle for a draw in the penultimate game of the season.

These could prove very costly points to drop, as they could be the difference between securing a Champions League spot and starting next season in the Europa League.

Back Manchester United to make the Top Four at 6/4 Here! 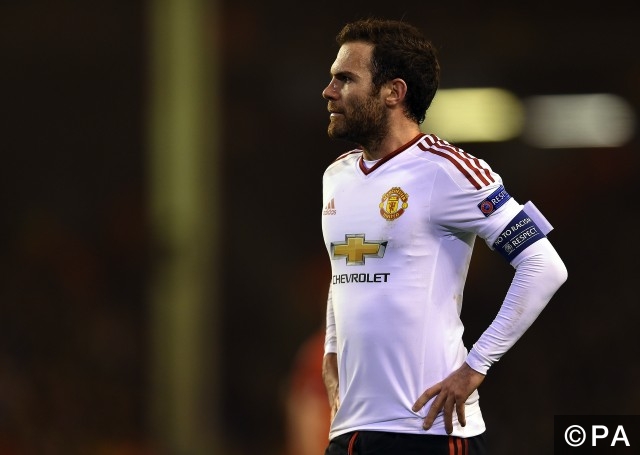 What a strange season it’s been for Manchester United. The fans have called for Louis Van Gaal’s head on numerous occasions as they crashed out of the Champions League and Europa League, but despite their lacklustre performances they still find themselves in the FA Cup and well in with a shot of the top four.

The negatives have been there for all to see. Shocking attacking play and a defensive injury crisis throughout the season, but the positives have been often overlooked. A number of academy graduates have broken into the first team due to the injury crisis, and the likes of Marcus Rashford, Anthony Martial, Jesse Lingard, and Guillermo Varela have given United fans hope for the future.

A trip to White Hart Lane is going to be very difficult for Manchester United, despite their back to back wins, and I expect them to come away empty handed as Spurs push for the title. Aston Villa, Norwich, and Crystal Palace should all be defeated easily. Leicester and West Ham will prove their biggest challenges after the coming weekend, and I think a draw is a likely result in both matches.

Bournemouth should be home and dry by the last day of the season, and we saw last weekend that they seem completely switched off now safety is a likelihood. A final day win should see them maintain their lead over Manchester City.

It’s been an excellent season for West Ham, and with just seven games remaining in the season they are in with a genuine chance of entering the Champions League next season. Their draw against Crystal Palace at the weekend could prove costly though, and it was them slip to three points adrift of an unlikely top four spot. They now have to outperform both Manchester City and Manchester United in the final seven matches. Their fixture list is riddles with troubling encounters as well.

I think it will be a step too far for West Ham to leapfrog the two Manchester giants. A home match against Arsenal could well result in three points for them, but Leicester away from home will be incredibly difficult. Watford, West Brom, and Swansea are all definitely beatable, but a visit from a Manchester United side who will be setting out to avoid defeat could end all square. The final day of the season could make all the difference, with a win for West Ham potentially meaning the difference between 4th position and 6th. However, a trip to the Britannia is going to be difficult, and I think they’ll come away with a single point.

Make sure to follow all our Premier League predictions for every game!