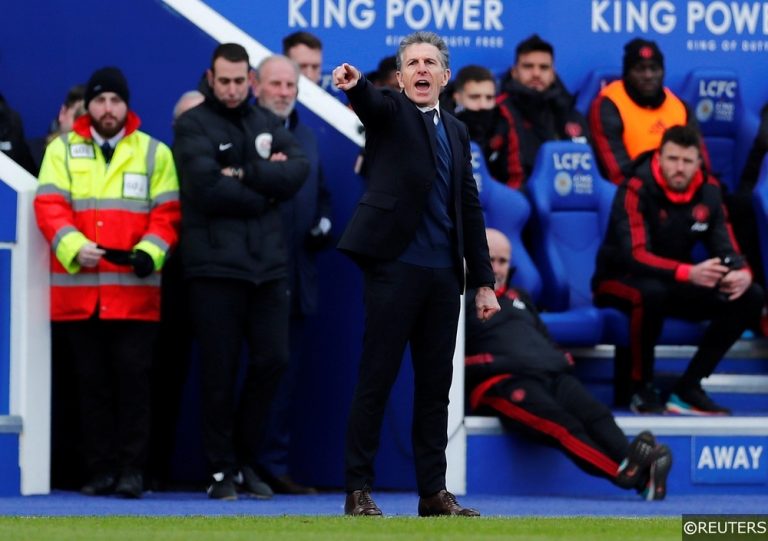 Claude Puel’s men are now on a run of 6 games without a win and the Frenchman is now coming under some pressure. A defeat at the hands of resurgent Manchester United today only added to Puel’s problems. Problems being results. Crashing out of the FA Cup to Newport was disappointing, followed by 3 league defeats and a draw which all add to the pressure on Puel. Performances have not been the worst, however, football is a result driven business, and if you aren’t getting them, your job is at risk.

Forgetting the first 20 minutes today where United ran Leicester ragged, a draw would have probably been a fair result. Ghezzal, Vardy, and Barnes all threatened De Gea’s goal but that killer touch was lacking. Leicester looked well organised and dominated the game for spells. Some good spirit to fight back after going a goal down early on was not enough and the Foxes are now winless since January 1st.

The run started with a cup defeat. FA Cup exit means more than just a loss. Cup runs are exciting for all involved so to not be in the hat for the next round is always disappointing, but to be knocked out by League 2 opposition adds to the misery. League wins can help build back that excitement but the loss was followed by a home defeat to strugglers Southampton and another away at Molineux. A good point at Liverpool did appear to lighten spirits but another L on the record today keep the pressure on Puel.

Leicester fans do appear to be losing patience. Chants of ‘You don’t know what you’re doing’ rung around the King Power when James Maddison was substituted this afternoon confirming the Leicester fans discontent. The fans will by no means expect them to recreate the title-winning form of 2016 but they would like to see the best out of their young English talent. Barnes, Gray, and Maddison all have high prospects and producing exciting performances from these players is will prove key to bringing results.

Leicester face a trip to Wembley to play a Spurs side that are getting results even with Harry Kane and Deli Alli absent. After this Leicester fixtures do ease up considerably. They play host for Crystal Palace and Brighton followed by a trip to Watford all fixtures they will expect to produce points. Doing so will relieve the pressure on Puel but failure to get anything from the games could prove costly.

Odds for the next Leicester manager are live and Celtics Brendon Rogers is the favourite to be the next permanent boss. Paddy Power are offering Evens for the Celtic manager to make the move to the King Power. It may prove hard for Leicester to prise Rogers away from his successful Celtic side, especially as they are in the middle of their most competitive league season since Rogers took over. Rafa Benitez’s name has therefore been floated about as an option to replace him and can be found at 2/1 on Bet Victor.

Let us know what you think of the possibility Puel will be sacked below and who you think would be a good fit for the job.