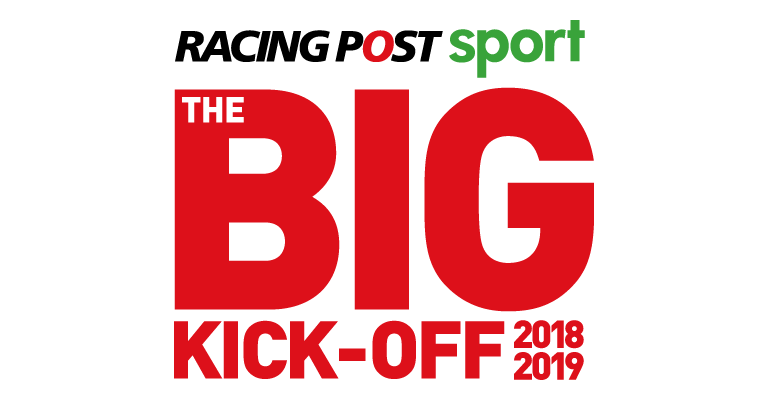 Our expert football tipsters know that having as much information as possible is the key to profitable betting, so we’ve teamed up with some of Racing Post’s most knowledgeable experts to bring you the very best football tips across all of British football. Every weekend we’ll be bringing you the top picks from Mark Langdon, Dan Childs, and Mark Walker. Follow Racing Post Sport on Twitter

Newly promoted Fulham return to the Premier League with the reputation of being a well-behaved team. Crystal Palace are a structured, disciplined side. Although, they are coached by Roy Hodgson, so it would be astonishing if they were anything else. Hodgson returns to the side he guided to the Europa League final in 2010, at the end of two-and-a-half year spell at Fulham.

The Cottagers have a lot of excitement around their return to the Premier League, more than the Cardiff side who finished above them. However, they were unfortunate not to get automatic promotion with 88 points. Meanwhile, Palace finished 11th in the Premier League last season, rallying after a terrible start under Frank De Boer. Both sides will be out to make a strong start to the new campaign, with excitement in the air after Fulham’s busy deadline day. However, what sort of game should we anticipate at Craven Cottage, and what is the likely implication for cards? Comparing results with cards for and against in the Sky Bet Championship shows Fulham were better behaved than most teams of a similar standard, but not by a bigger margin than Palace were in the Premier League.

Of the two, we think Fulham could edge the card battle here. While these are two similar sides, history suggests that the Cottagers may appear in the notebook slightly more. The bet has won a little more often than the odds seem to acknowledge. In recent seasons in Premier League games with similar expectations the chance of the home team receiving at least as many cards as the away team was about 57 per cent. Odds of 9-10 imply a 53 per cent chance of the bet winning.

The result-related markets imply a 39 per cent chance of a Fulham win, a 28 per cent chance of a draw and a 33 per cent chance of a Palace win. It seems like a tough one to call, and we aren’t seeing a lot of value there. That’s why we are going to back Fulham +0.5 at 9-10 in bet365’s Asian handicap cards market. For this bet, each yellow will count as one point and each red as two. We need Fulham to at least match Palace’s total, which is what the stats suggest will happen.

Kilmarnock look to have picked up where they left off last season. Steve Clarke’s side effortlessly picked off St Johnstone last week at home and they travel to West Lothian to face Livingston. The newly promoted side have become yet another top-flight team to move to plastic, meaning a quarter of the Ladbrokes Premiership clubs no longer play on grass. Some teams struggle with that, but Killie are one of the 25%, and they should have few problems adapting to the new surface at the Tony Macaroni Arena.

Kenny Miller’s side weren’t disgraced when they started their league campaign with a 3-1 loss at Celtic and they are fully aware it will be the battles against the lesser sides in the league that decide their fate. Killie look strong even at this stage of the season after four wins and a draw in the Betfred Cup and the league, and Mikael Ndjoli already looks like a decent addition, complimenting Kris Boyd up front. Overall, the visitors should have more than enough to get a result here.

Read our full match preview for Livingston vs Kilmarnock here.

Morton let a two-goal lead slip at home to Queen of the South last week, but they should be able to get their first win on the board at Alloa. Not content with playing on yet another artificial surface, Alloa have narrowed their pitch by nine metres to the minimum requirements.

That is supposed to give the Wasps an advantage, but Morton don’t play with much width anyway and it may play into the hands of the Greenock side. Ray McKinnon has had some injuries to contend with as he started life in the Cappielow hotseat. However, new additions Ross McLean, Charlie Telfer and Chris Millar should ensure they have a decent season. They should also help Morton to an away win here.

Berwick were battered in the Betfred Cup, but they recovered to record a surprising opening-day home win against Stirling Albion. However, they face a tough ask in Glasgow against the Spiders, who were relegated from Ladbrokes League One last term.

Gus MacPherson’s side gained a creditable draw at Peterhead last week, drew with Ladbrokes Premiership side St Mirren in the Betfred Cup and narrowly lost at Kilmarnock. Berwick’s off-field problems can’t be helping them, so the amateurs can get a home win.