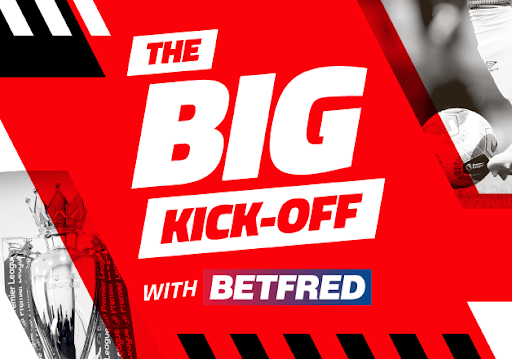 We’re just over a week away from the return of the Premier League after the shortest off-season ever, and to get you in the mood for yet another season of fast-paced, high octane action we take a look at The Big Kick-Off for the annual outright extravaganza.

The Big Kick-Off will cover predictions for all the Premier League, EFL and European Leagues over the next week and we’ll update this page regularly with each installment.

First up it’s the big one, where Scott Minto, Glen Johnson, Kevin Campbell and Mark Langdon discuss the Premier League outright winner, the battle for the top four and the individual accolade of the Golden Boot.

After a brief chat about the Lionel Messi situation and the transfer dealings of Manchester United and Chelsea, the boys dive straight into action and provide their predictions for the upcoming season. You can watch the full video here, but if you’re short on time all their expert picks are below as well.

All four pundits unsurprisingly agreed that it’s a two horse race for the title, but the quartet were split down the middle in terms of who can get the job done:

Once again, all four experts agreed on one thing: that Chelsea have done enough to make the top four again. It’s hard to disagree given their incredible signings this summer, but the remaining spot did see a bit of disagreement surface:

It’s agreement all around as all four pundits choose the ruthless Pierre-Emerick Aubameyang as their main pick for the Golden Boot, but Mark Langdon and Glen Johnson also chip in with a couple of interesting outsider choices:

Next up is the less glamorous but no less exciting battle for top flight salvation as Mark, Glen, Kevin and Scott discuss the Premier League relegation battle as well as top and bottom half finishes. Watch it below:

League One: Champions, Promotion and Relegation