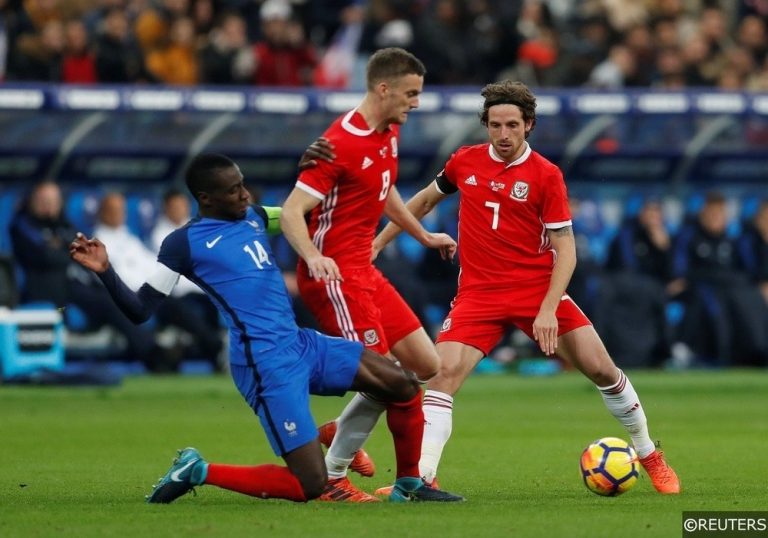 The new UEFA Nations League does feel like a shot in the arm for international football. English fans might not see the need for it after their World Cup, but improving the standard we see during the season is a brilliant idea. We’ve written a handy guide to the Nations League, but it’s basically an attempt to produce meaningful clashes between Europe’s best.

However, away from the top of the competition, there are still interesting stories around. In particular, there’s the Revenge Group, including Wales and the Republic of Ireland. These two are set to feature in a three-team pool with Denmark, with some really interesting clashes ahead. Here’s why we see League B’s final group as potentially the stand-out story in the new competition.


It was just 11 months ago when the Irish last made the trip to Cardiff. They visited the Welsh capital for what was essentially a one-off play-off tie. The pair were neck and neck in the race for the play-off place in their World Cup qualifying group, while they knew a draw would basically put both of them out. A must win game for both, there was plenty of edge to that encounter.

After a meeting in Dublin which brought no goals but plenty of bad blood, the return fixture was equally fiery. James McClean hit the only goal in that meeting, which gave the Irish a place in the play-offs, and ended Chris Coleman’s successful time in charge of his national side. While meetings between the Home Nations tend to be heated, this was something else.

A rematch so close to the last encounter will bring another hard-fought meeting. There have been reports in recent days that these two will be lining up together in a bid to stage the 2030 World Cup with England, Scotland and Northern Ireland, but that’s not going to cool things. Thursday’s clash between these two is set to bring their rivalry back to the fore, ahead of a rematch next month.


While the Irish took the bragging rights when these two last met, they might have been better off dropping points in Cardiff. Their success against Wales sent them to the play-offs, which set up a clash with Denmark. Despite that looking like a winnable tie – especially after they drew 0-0 in the away leg – the Irish were thumped 5-1 in Dublin by the Danes.

That thrashing has left a mark on the Irish 10 months later. It was a shambolic display, during which Christian Eriksen was allowed to run the show. Martin O’Neill took so long to deal with the threat he posed that he probably didn’t consider man marking the Dane until he was watching the World Cup as a pundit for ITV.

That defeat has a huge setback for O’Neill. His reign brought success in the Euro 2016 qualifying campaign, and a run to the knockout round in France boosted his standing with the Irish faithful. His reputation was repaired with the win in Wales, but it’s hard to see how he wins over fans again after that shocking loss. That makes the two meetings with Denmark make or break for O’Neill’s Irish side.

Wales are also set for a showdown with Denmark, and they’ll want to show what they could have done over two legs in the play-off. While Ryan Giggs has stepped in since then, the squad is largely the same, and it’s hard to escape the feeling that they have a point to prove, even if there is a cloud cast over their meeting with the Danes this weekend.


The biggest story of this international break has to be the depleted Denmark squad. A commercial dispute has led to players being released from duty, and they’ve returned to their club sides. The whole of the squad they called up for the September double header departed, and in their place Danish third division players and Futsal internationals have taken up their place.

It seems like a very avoidable situation, with the football association and the squad quibbling over fees. The players rejected the offer of extending the previous deal over these two games, which led to drastic action. The players had to depart, and that’s significantly weakened the Danes.

Their issues were laid bare on Wednesday night, as they were hammered 3-0 by Slovakia. That humiliation has dented the Danes momentum after a great World Cup, which would have made them the standout favourites for top spot in this group – which would have given them a second chance to book a place at Euro 2020.

The situation has also made this group a little more even. The Danes showed this class this summer, and they impressed against the Republic of Ireland. However, unless they can get their stars back for the weekend, they’ll start this group with a defeat. That does give the Welsh and Irish a chance, two sides who are close in quality. We think this trio could have a very tight Nations League campaign, full of stories and history. We think there’s plenty on the line in their pool, with revenge, pride and Euro 2020 hopes all driving these three sides, who could serve up a thrilling series of close encounters.