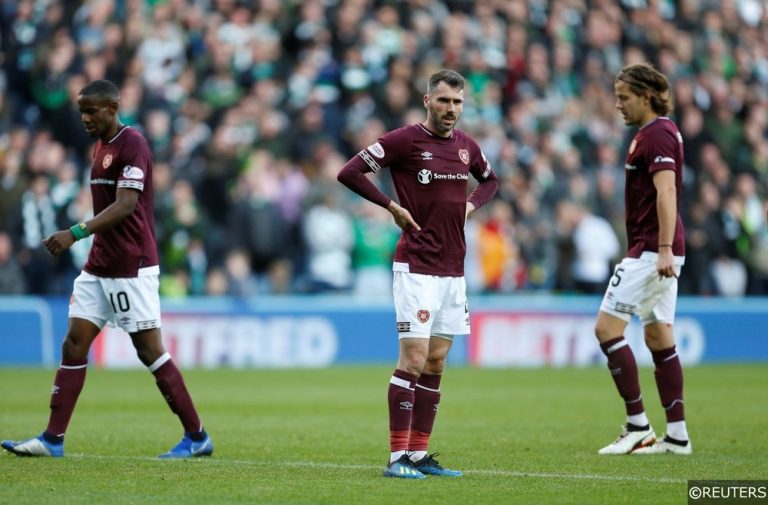 Saturday will see the first semi-final of the Scottish FA Cup take place at Hampden Park between Hearts and Inverness CT, but is this Hearts’ chance to finally win a major trophy for the first time since 2012?

Hearts are, under no circumstances, a small club and they are not trophy-shy. Edinburgh’s oldest team has 16 major honours to their name, but the constant rise and almost permanent dominance of both Celtic and Rangers over the last 30 years has denied clubs like the Jambos to win titles.

This season brought excitement back to Gorgie with the realistic possibility that Hearts could challenge reigning champions Celtic for the league title. This notion was installed in their fans’ minds when they managed to defeat the Hoops in the 2nd league game of the season and it was also fuelled by the Glasgow club’s inconsistent performances.

Craig Levein’s team were undefeated in 11 of their first 12 games of the season, drawing once with Livingston and losing 3-1 to Rangers at Ibrox. Hallowe’en brought horrors to Tynecastle, as Hearts were beaten 3-0 by Celtic in the League Cup semi-final, and the club spiralled downwards from that moment.

Fast-forward to the new year and the JAmbos seem to have picked themselves up- albeit with the league title well out of reach. This just left the Scottish FA Cup for them to fight for, and they’ve done just that.

Hearts narrowly beat Livingston 1-0 in the clubs’ first round game, which was positive for the Jambos as Livi had smashed them 5-0 the month before. Levein’s side then hosted non-league Auchinleck Talbot and won with relative ease thank to the 4-0 scoreline. Things got complicated when the Jambos were drawn against Partick Thistle, who were bottom of the Scottish Championship. An initial 1-1 draw forced a replay between the teams, which Hearts ultimately won despite going 1-0 down early on in the 1st half.

The club has been through a lot in the last few years between administration and relegation, and since their 5-1 over bitter city-rivals Hibs in the Scottish FA Cup final back in 2012, Hearts haven’t really come close to winning another trophy, with the exception of the Scottish Championship in the 2014-15 season.

The Edinburgh club has a massive chance of winning the Scottish FA Cup this year, as their semi-final opponent, Inverness CT, play in the Championship and are weaker than the Jambos, at least on paper. Moreover, the fact that either Celtic or Aberdeen won’t make it to the final increases Hearts’ chances of winning the tournament, which at 3/1 could be an easy bet to make heading into the weekend.