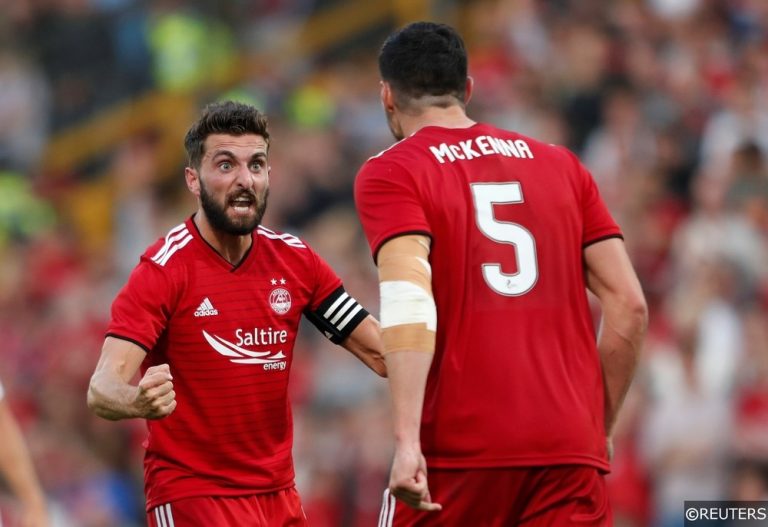 The League Cup final build up is well underway, and with just mere days to go before kick-off, Aberdeen fans will be eager to see their side bring home another trophy under Derek McInnes.

Sunday’s game marks McInnes’ fourth final as Aberdeen boss since he took over half a decade ago. It was in McInnes’ first season that the Dons were able to win their first piece of silverware for the first time in 19 years, and the manager wrote his name in Aberdeen’s history books.

McInnes’ influence at the club has been so strong that he has transformed his side into the second-best team in Scotland over the last few seasons. Moreover, Aberdeen’s performances and achievements since McInnes took charge more than backs up the fact that if not for Celtic, the Dons would have been the best team in the country. So, what will it take for Aberdeen to bring back a trophy to the Granite City?

Celtic is the team to beat at the moment in Scotland, and McInnes knows it. The manager highlighted the importance of the Aberdeen support for Sunday’s final. “We only had ten thousand at the semi-final. When we went in front, the support dragged us over the line and helped get to that final whistle.” He explained. “To hear your support in a stadium like Hampden is very important for the players, because there will be periods of the game where we’re not going to get it our own way, and it’s important, in those times especially, that the support is there for you.”

The seemingly small number of supporters for the semi-final is somewhat deceiving, as the organization for the fixture wasn’t the best, and the inconvenience for a lot of the Dons’ fans was the key factor in the lack of voices at Hampden. However, the same can’t be said for Sunday’s game, and Aberdeen have already sold their 20,000 ticket allocations for it.

Having double the amount of fans could be the key to Aberdeen’s success for the final. If 10,000 Dons’ could do enough to ensure their team scored in the last minutes of their semi-final, why can’t they have the same effect this time around?

It’s also easy to forget just who Aberdeen have defeated to make it where they have this season. Their first round saw the Dons put four past a struggling St Mirren side, ensuring that they made it to the quarter-finals. Then they would meet an in-form Hibs, who would end up losing after 120 minutes of football on penalties. The semi-final would pit McInnes against his old club, Rangers. But Aberdeen’s resilience and the backing of their supporters allowed them to defeat Steven Gerrard, booking their place in the final.

A depleted Celtic side?

It’s no secret that Celtic have been the best team in Scottish football for the better part of seven years. Since Rangers’ liquidation and relegation back in 2012, the Hoops have established a monopoly over the Scottish game. However, dominance eventually takes its toll, and it’s also no mystery that Brendan Rodgers side is weaker this season than they ever have been under the ex-Liverpool boss.

FT: Hearts 1-0 Celtic | The league leaders defeat the visitors by a goal to nil thanks to @laffk10 !

The Hoops found themselves in real trouble at the start of the league campaign, where they failed to make it to the Champions League group stages, as well as constantly struggling in the Premiership, so much so that they only took the top spot in the league a mere two weeks ago after the downfall of Hearts. Aberdeen would do well to take advantage of Celtic’s weaknesses, even if the reigning champions are back to their best.

Even after they regained their long-lost form, Celtic still looked suspect at times. Moreover, the sometimes-huge injury list didn’t help Rodgers win games as easily as he would have hoped, and that’s where Aberdeen could really take advantage. Celtic face a trip to Norway just before the final, as they will face Rosenborg in a vital group stage game that could keep them in the race to qualify for the next round.

Rodgers faced a similar situation when Celtic played RB Leipzig, days before having to play Hearts in the League Cup semi-final. For that Europa League game, Celtic fielded out a substantially weaker side than normal, ensuring that no key players were on the pitch to pick up any unwanted injuries. However, the same can’t be said for this round, and Rodgers will be sure to name his strongest starting XI on Thursday and Sunday.

McInnes knows the importance that this final holds for Aberdeen. To add another cup to the trophy cabinet would be massive for the Dons’ season, as they currently face some problems of their own.

A 3-0 loss to last year’s League Cup finalists Motherwell put an end to an extremely good run of games for the club, which had extended to four consecutive wins. It started with the semi-final against Rangers, and the Dons would go on to beat Hamilton Kilmarnock and Hibs- the latter two had been in very good form. These games were a stark contrast to Aberdeen’s performances earlier on in the season, and it is precisely those games that wedged the Granite City so far down the league table.

However, cup finals are one-offs, and any team performs exponentially better when the day comes, regardless of their form or their style of play. Aberdeen may not be able to beat Celtic over the course of a league season, but they could well do so in 90 minutes of football.