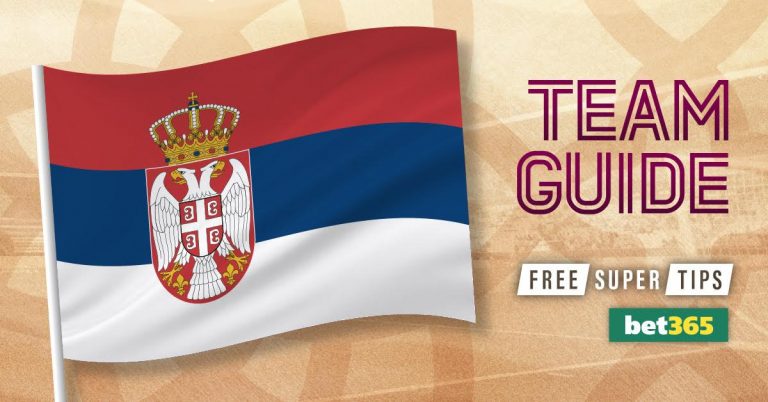 Serbia are yet to make it past the World Cup’s group stages under their own flag, and were denied a last-16 spot by Brazil and Switzerland in Russia four years ago.

In a curious twist of fate, Dragan Stojkovic’s men have been paired with both of those teams in Group G in Qatar, but the presence of two in-form attackers means they will harbour hopes of atoning for 2018’s failure.

In Aleksandar Mitrovic and Dusan Vlahovic, the Serbs boast the Premier League’s third-highest goalscorer and Serie A’s most lethal young striker, and that could be enough to see them trouble their group-stage rivals this month.

Serbia: The story so far

Serbia were one of the success stories of the European qualification process for this tournament, beating Portugal to top spot in UEFA’s Group A in dramatic circumstances.

Having played out an entertaining 2-2 draw with Fernando Santos’ men on home soil, Serbia clinched an incredible 2-1 win in Lisbon last November courtesy of Mitrovic’s 90th-minute goal, ensuring they finished with a record of six wins and two draws.

Although Cristiano Ronaldo and company rallied to qualify through the playoffs, that win, coupled with a subsequent promotion from the second tier of the UEFA Nations League, should stand Serbia in good stead for the World Cup.

Serbia begin their World Cup campaign with a daunting fixture against tournament favourites Brazil on November 24, before facing crucial clashes with Cameroon and Switzerland.

Stojkovic’s team are priced at 5/1 to win Group F, with Brazil the clear favourites at 4/11 and Switzerland slightly more fancied at 9/2.

Serbia are 11/10 to progress to the knockout stages, and 5/1 to replicate Yugoslavia’s last run to the World Cup’s quarter-finals, which saw them exit to Argentina at Italia ’90.

Serbia’s recognition as the official successor of Yugoslavia by FIFA means they have appeared at the World Cup in various guises, reaching the final four at the inaugural tournament in 1930 before doing likewise in Chile in 1962.

Under their current name, Serbia have qualified for two World Cups – in 2010 and 2018 – but have not made it beyond the group stage.

Indeed, Serbia have only won two group-stage games under their own flag, a shock victory over Germany in 2010 and a 1-0 win against Costa Rica four years ago.

Stojkovic enjoyed a distinguished playing career in his homeland, helping Red Star Belgrade to two Yugoslav titles in the late 1980s and early 1990s, as well as starring on the international stage.

A versatile attacking midfielder, he was voted into the Team of the Tournament at Italia ‘90 and captained his country in France in 1998.

Having spent four years as president of the Serbian Football Association, Stojkovic cut his managerial teeth in Japan and China with Nagoya Grampus and Guangzhou City, leading the former to a league title in 2010.

The 57-year-old took charge of his country in March 2021 and has enjoyed excellent results after accommodating his two physical strikers in a 3-4-1-2 shape. Ahead of a pre-tournament friendly against Bahrain, Serbia have lost just three of their 20 games under Stojkovic.

Stojkovic has alternated between 3-4-1-2 and 3-5-1-1 systems in order to find the right balance in attack, starting with a back three in all but one of his games at the helm.

That approach has reaped rewards: Aleksandr Mitrovic, who already has nine goals in the Premier League this season, is Serbia’s highest-ever goalscorer with 50 international strikes. Meanwhile, Juventus star Vlahovic averages a goal every other game for his country.

Serbia’s system also suits a host of other big names, including all-action Lazio midfielder Sergej Milinkovic-Savic and Ajax creator Dusan Tadic, while Filip Kostic can menace any defence with his wicked deliveries from left wing-back.

While Serbia are unlikely to get much joy in their opener against Brazil, Stojkovic looks to have found a good balance in his side, and has created a sense of momentum since taking the job – Group G rivals Switzerland should be wary.

If Serbia do progress, however, things look trickier from there on. The strong nature of Group H, which features World Cup heavyweights Uruguay and Portugal, means backing the Serbs for a brave last-16 exit could be the smart play.