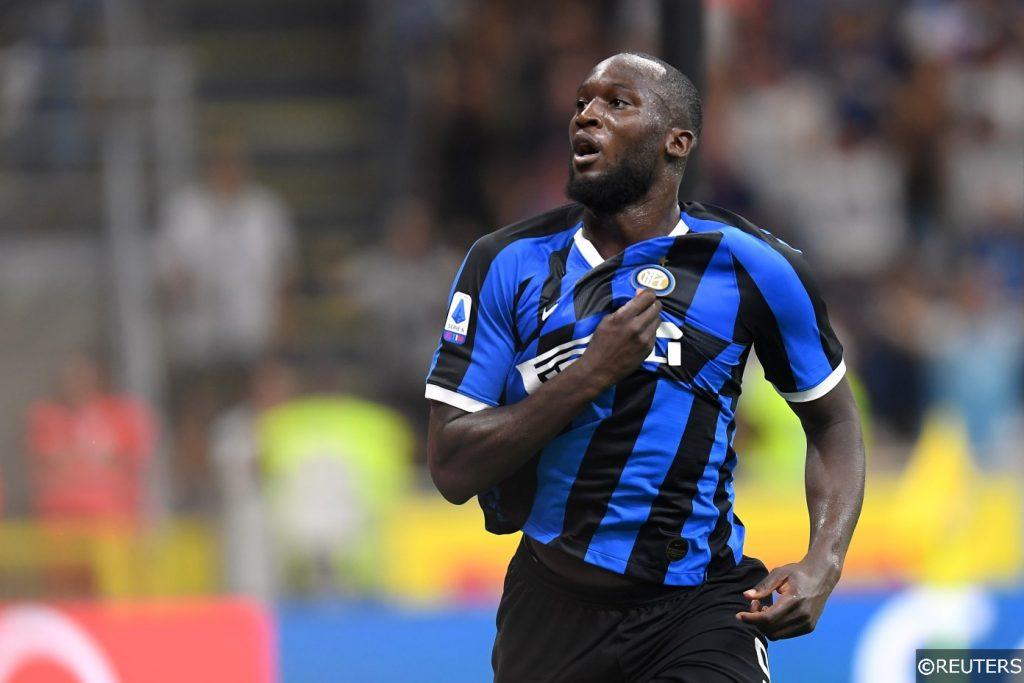 It’s another busy weekend in Serie A, with sides being pushed to their limit fresh from European tests. It was a mixed bag in Europe for the Italian sides, with just one defeat and one victory between the four. On the bright side, Napoli’s win over the European champions has to be a boost for Italian football.

Meanwhile, the likes of Juventus, Inter and Atalanta need to bounce back. That has added a little extra kick to this weekend’s line-up, especially Saturday night’s big clash in the San Siro. Inter clash with city rivals AC Milan, which is the first real test of Antonio Conte’s reign.

We’re looking through the biggest clashes of the weekend in Italy, picking our winner from each clash. Together our three picks produce a treble which clocks in at 7/1 with BetVictor.

See our Serie A homepage for the latest Italian football tips and analysis.

Saturday night brings one of the biggest games of the season, with a fresh look for the Derby della Madonnina. Both Marco Giampaolo and Antonio Conte are new in their posts, which makes this a fixture which has probably come a little too soon for the pair. On the other hand, it does seem like the perfect game for Inter to respond to their 1-1 draw with Slavia Prague.

Inter have a six-game unbeaten run going against their city rivals, which they should be able to continue. While they were poor in Europe, they have a three-game winning streak behind them in the league. Meanwhile, AC Milan have scored twice and conceded once in three games this season; two victorious meetings with promoted sides and a defeat to an Udinese side who have been tipped for the drop.

Inter were able to win both meetings between these two last season, while Milan lost five of eight clashes with the top four. We think the gap has grown, with Milan left behind as Inter join Juventus and Napoli in forming a big three at the top of the table. The hosts should prove that here, which is why we’ve backed them in our AC Milan vs Inter Milan predictions.

While there’s plenty of focus on Saturday night’s big clash, arguably the most intriguing game comes on Sunday. Roma – fresh from two big victories in a week – are heading to Bologna on Sunday afternoon. The encounter sees Roma approach as the favourites, but that seems a bit harsh on a side who have been fantastic this term. That form has pushed us to back the hosts to rack up the goals in our Bologna vs Roma predictions.

Bologna are thriving in this campaign, which comes just months after their manager Sinisa Mihajlovic turned things around for them. The club went from relegation candidates to a swashbuckling midtable side. They ran up the table with a succession of home wins, each seeing plenty of goals for the Rossoblu. However, this season has brought a huge new challenge, with their boss sidelined with Leukaemia.

Despite the treatment, Mihajlovic has remained involved, even showing up to matches. He’s inspired Bologna to become one of the most threatening forces in the league, with the Rossoblu currently topping the charts in terms of their total xG score so far. They’ve closed in on four expected goals in each of their last two games, a tally unmatched by many of Europe’s top sides.

Bologna carry a huge threat, while Roma have conceded six goals in three league games. With the Rossblu continuing to entertain, we are tipping them to edge a clash with a Roma outfit who really struggled on the road last term. They lost here last term, while Bologna’s eight-game winning streak at home in Serie A is enough to persuade us.

Sunday’s action rests on the Rome duo, with Lazio in a very different position. They come into this clash on the back of two defeats in a week, but we can see their fortunes changing. Manager Simone Inzaghi needs to have his men competing for the top four, while we expect them to start climbing the table in our Lazio vs Parma predictions.

Parma are heading into this clash at the wrong time. The hosts have just lost back to back trips to SPAL and Cluj. Those two upsets were Lazio’s first defeats this season in a campaign which feels like it hasn’t fully started. That’s in part due to their lack of home games; their only clash here was the derby with Roma, removing home advantage.

Last season Lazio preyed on smaller sides at home, winning 80% of their meetings with teams in the bottom half. We’ve backed them to win a high scoring clash in our Lazio vs Parma predictions this weekend. However, for the sake of simplicity we’ve backed Lazio in the full-time result market for this treble.

Overall, a treble consisting of Inter Milan, Bologna and Lazio comes to combined odds of 7.3/1 with BetVictor. We see these three sides as the teams to back this weekend, making them the perfect trio to include in a bet which spans the weekend’s action.

7/1
Inter, Bologna and Lazio all to Win
Bet here