There are two huge matches for Italian sides on Wednesday, which are both make or break games for Inter Milan and Napoli. The pair have made strong starts to their push for the last 16, and each of them have come through their opening two matches unbeaten. However, with their most difficult matches of the group to come next, can either of the two Serie A giants make a gigantic stride in Europe?

Inter visit Spanish champions Barcelona this week, a rematch of their classic 2010 semi-final. Meanwhile, Carlo Ancelotti takes his Napoli side to former team PSG, as the Partenopei try to navigate a tricky group. It comes hot on the heels of two big wins on Tuesday for Italian sides. Both Juventus and Roma were expected to make it through to the next round, and midweek victories have them on course to do just that.

Things are much trickier for Wednesday’s duo, but their next games are set to tell us if Serie A could see a clean sweep of group stage qualifiers. 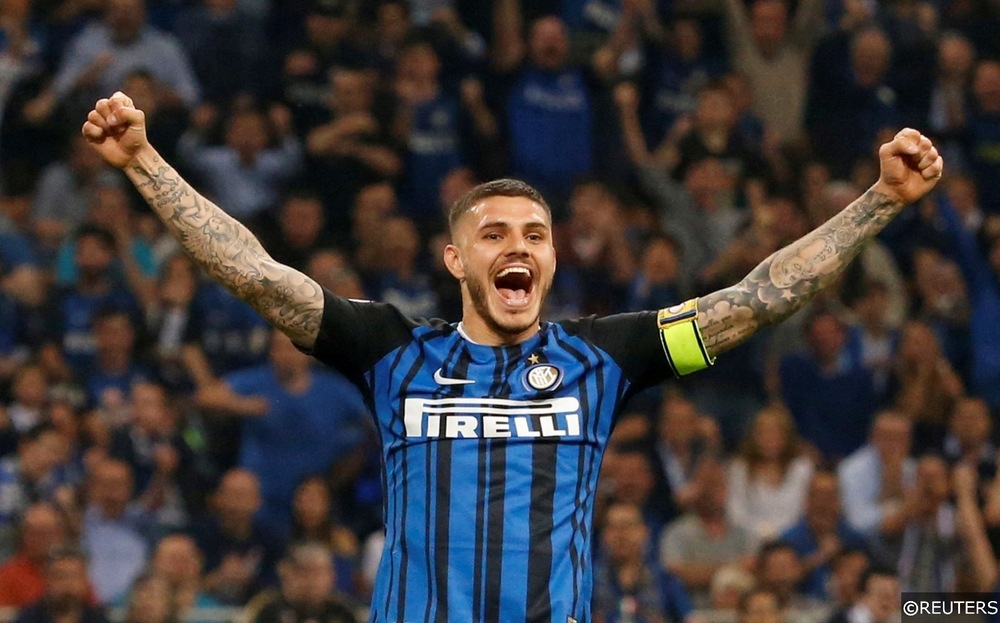 Inter Milan’s early season form suggested that they would struggle in Europe, until they turned their season around against Tottenham. A victory over Spurs kick-started the Nerazzurri’s campaign, and now they’re flying high in both competitions. They have moved into third place in Serie A, while they have a perfect record in Europe so far.

After wins over Spurs and PSV, Inter face their biggest Champions League test of the campaign, with a visit to the Nou Camp on Wednesday. This ground was the scene of Jose Mourinho’s pointed celebrations after the Nerazzurri progressed to the final in 2010 – quite timely given the Portuguese’s antics at the weekend. Plenty has changed for both sides over the last eight years, but Inter have played just 22 games at this level since then. The win over Tottenham was their first Champions League match in six and a half years, but they’ve quickly got up to speed.

This seems like a daunting test for Inter, but they’ve been handed a huge boost. Lionel Messi’s injury at the weekend rules him out of this clash, and probably the return meeting at the start on November. The Argentine has hit five of Barca’s eight goals in Europe so far.

Luciano Spalletti pointed out the obvious ahead of this clash, saying “it probably would’ve been a stronger Barcelona with Lionel Messi”. He added that this is a dream clash for Inter, and a chance for them to prove themselves. With a perfect start, a seven game winning run and a weakened Barca, the Nerazzurri have a golden chance to boost their qualification hopes on Wednesday.

Can Carlo Haunt His Former Side?

Of all the Italian sides, Napoli have the hardest draw in the Champions League. They face off with Liverpool and PSG as they battle for a top two finish, and they’ve already dropped two points at Red Star. That could be costly slip in a tight group, but the Partenopei picked up a huge win over Liverpool last time out. Now they need to follow that up with a clash against the French champions.

It’s a reunion for Ancelotti, who spent two years in Paris. He set the French giants on their way to becoming a juggernaut in Ligue 1, and now his Napoli side travel here as underdogs. The Partenopei are taking this competition a little more seriously than last season, when they switched focus to the Serie A title race. Ancelotti has always been a dab hand in the Champions League, and he’s hoping to take Napoli on a run in Europe. That looked unlikely when the draw was made, but the nature of the group so far has given them hope. The Parisians have already lost at Anfield, and their disjointed display doesn’t bode well for a visit to Naples.

The problem for Napoli is that they’re walking a tightrope. They’re currently a point clear at the summit, but they need to halt PSG. Two defeats in this double header with the French champions would likely leave them off the pace, with Liverpool set to take six points from their two clashes with Red Star. A point for the Partenopei in Paris blows the group wide open, while a defeat leaves them feeling the pressure next time out against PSG and at Anfield in December. This is a decisive night for Napoli’s European hopes, and a big marker of how far the former Bayern Munich boss can take them.

There was a lot of criticism when Italy landed an extra Champions League spot. After years of qualifying failures, Serie A’s group stage representation basically doubled. However, the top sides have raised their game as a result. So far the Italian sides have been excellent in Europe, and ahead of Wednesday’s games all four are on course to qualify.

Juventus have a perfect record after their 1-0 win in Manchester, while Roma thrashed CSKA Moscow 3-0. Given that the Russians are their only challengers for a last 16 place, the Italians have a great chance of kicking on from here. With Real Madrid struggling ahead of a visit to Rome later in the group stage, the Giallorossi may even have an eye on top spot here.

The pair have made strides towards the last 16, and now Inter and Napoli are in contention to join them. Four wins from four in the last round of games saw Italy become the second-best performing nation in Europe, ahead of Germany and England. With Serie A on the rise, Wednesday’s big double header is a huge test of Italy’s rise.