There’s no doubt about it, Jamie Vardy is on absolute fire at the moment. He’s scored in his last 9 EPL matches and was recently voted EPL player of the month for October.

Without his goals, Leicester would be in the bottom three at the moment.

Vardy’s been linked to the likes of massive clubs like Real Madrid, PSG…and Spurs and is tipped for a start in tomorrow’s International friendly match against Spain.

So we’re asking, can he step up to the mark? With the likes of Rooney and Walcott struggling and Kane now only back to his best, we think he deserves a shot! 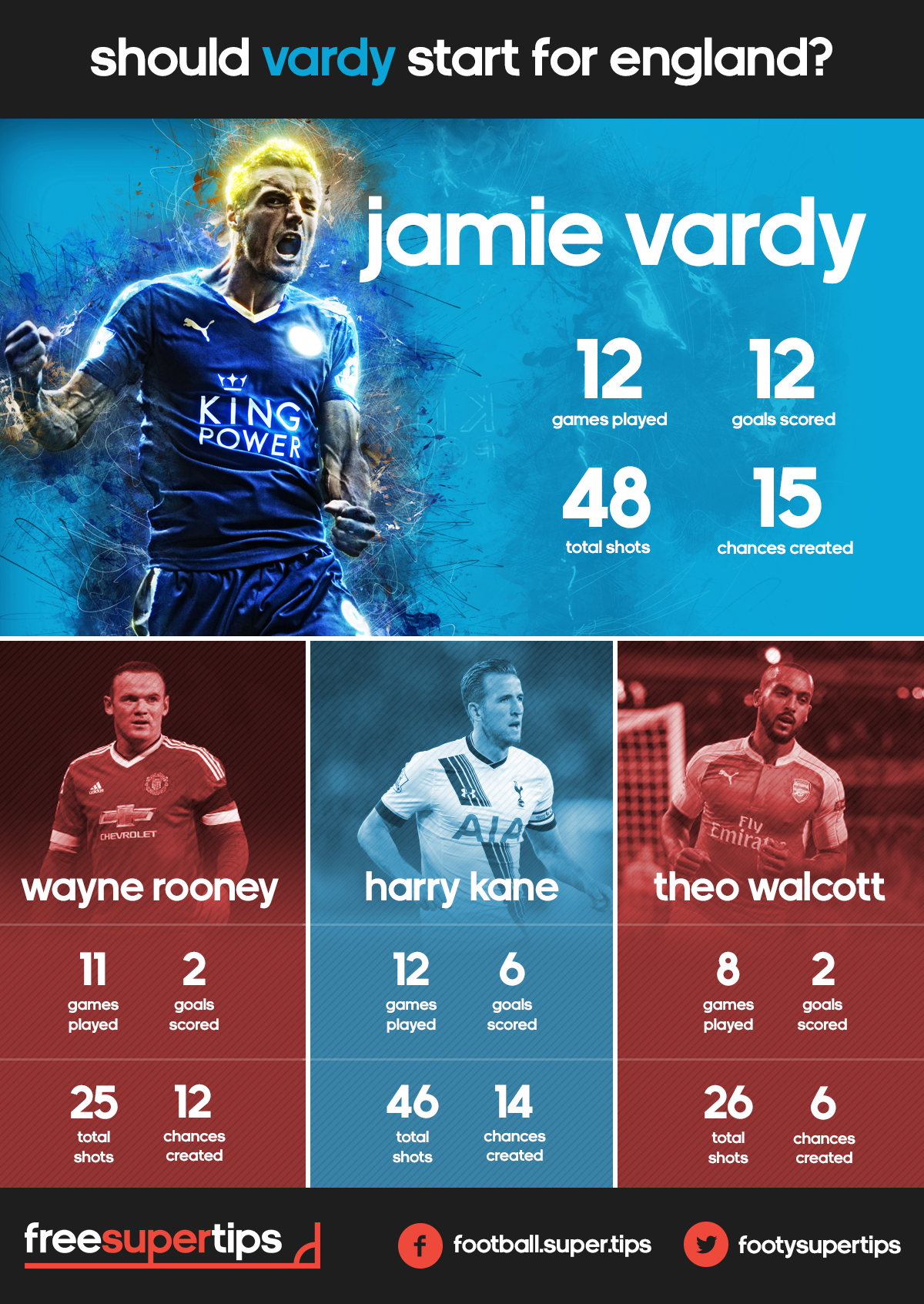 Fancy a football bet this weekend? Look no further than Free Super Tips.

Should Jamie Vardy Start for England? [Infographic] by the team at Free Super Tips