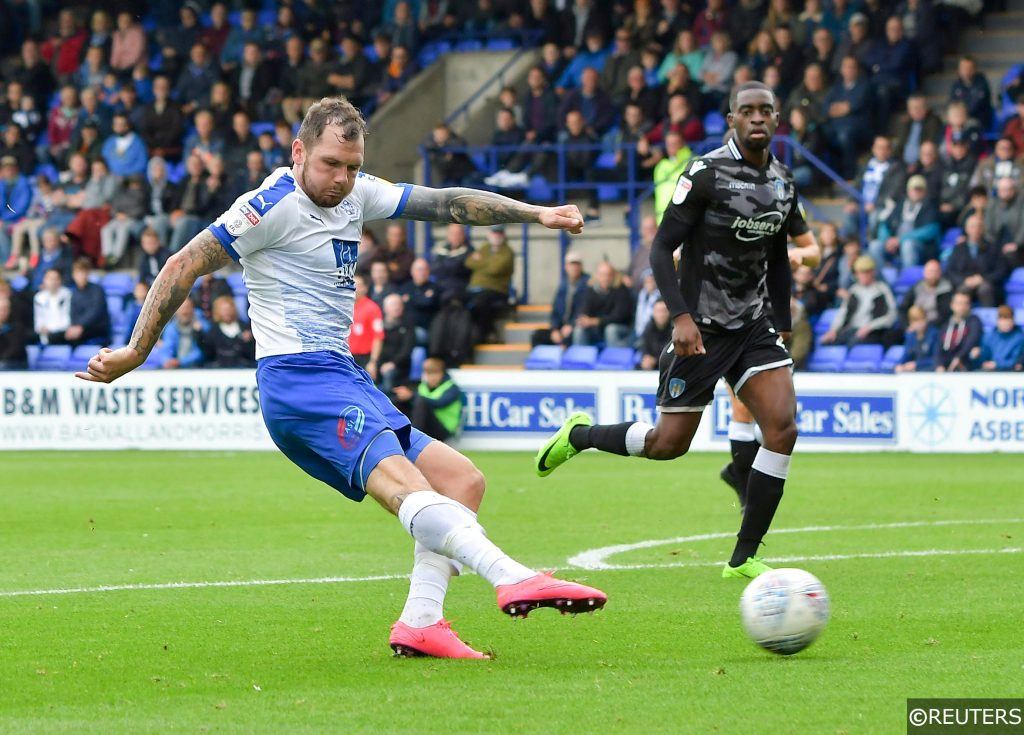 It has been a season full of twists and turns but before the curtain can come down once and for all, there is still one small matter left to be decided. On Saturday 25th May, Newport County will go to battle with Tranmere Rovers as each side bids to win a spot in England’s third tier.

With Newport County winning their spot in the Football League back a few years ago and showing signs of steady progression, combined with a Tranmere Rovers side who have been riding a bit of a rollercoaster over the last few years, it looks like we could be in for quite an entertaining afternoon of football.

Newport County’s top scorer Padraig Amond is a major reason why The Exiles find themselves in the position they are in at the moment. The 31-years-old has managed to find the back of the net 31 times in all competitions this season and he has already got a track record of scoring the essential goal.

Signed from Hartlepool United, the Irishman has come up trumps already in the fight for promotion as he scored a vital equaliser in the play-off semi final first leg, which, given that was County’s only goal in the two legs, showed just how essential Amond’s form is to their success.

The man he finds himself up against is Emmanuel Monthe, a Cameroonian centre back whose loan move from Forest Green Rovers was made permanent at the end of last season after he helped The Super Whites secure a return to the Football League.

Since that move, he has cemented his spot in the side and with 53 appearances in a defence which has won many plaudits for its stability, it shows just what class of player we have on our hands here. At 24-years-old, the defender certainly has a bright future in the game and a good performance on a stage such as this one will do his claim of playing League One football next season no harm at all.

Only one man has hit 30 league goals in England’s top four leagues this season, and despite only playing three games in the Football League prior to this season, James Norwood is a hot property and is high on the list of many sides in need of a hitman to complete their striking options.

The 28-years-old scooped the League Two Golden Boot and a place in the EFL Team of the Year after scoring an incredible 55 goals in 99 games over the past two seasons, a record that has lead the Whites to within 90 minutes of League One.

The man hoping to keep the experienced hitman at bay is talented centre back Jason Demetriou. Demetriou came through the youth ranks at Leyton Orient and after making 167 appearances for the club, he moved on to Cyprus in a bid to further his international level ambitions, a gamble which certainly paid off as he has won 43 caps to date.

In a contest like this, pressure can do funny things and the people often the most vulnerable to making vital errors, are the people charged with keeping the opposition at bay.

Newport keeper Joe Day was vital across both legs of their semi-final against Mansfield, and proved the difference in the shoot-out to send his side to Wembley. If he can keep Tranmere top scorer James Norwood out for the third time this season, Newport might just have a chance.

Scott Davies, on the other hand, played the vast majority of games for his side and was a pivotal figure for in the side who finished with the most League Two clean sheets this season. If the 32-years-old is on his game again on Saturday, then the Rovers could well be playing League One football this season. 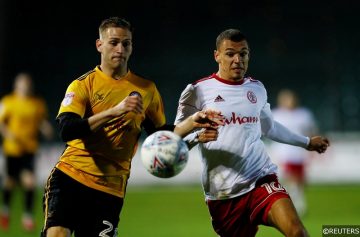 The goalkeepers may be a pivotal battle, but just as key is the contest in the engine room as whoever is able to come out on top in that contest allows their side to dominate the ball and with it, to dictate just which side will be able to play to their tempo.

Oliver Banks scored a spectacular goal in the first leg of Tranmere Rovers’ play-off semi final victory over Forest Green Rovers and, given that the second leg finished 1-1, it proved to be the difference between the two sides. However, although Banks can chip in with the occasional goal, his creativity is the main reason for his inclusion in the team.

The man hoping to stifle Banks in the centre of midfield is Newport County workhorse Matthew Dolan. The 26-years-old is pretty versatile and he has proven his has the defensive capabilities to feature at the back as well as moving into the midfield in order to break up opposition attacks.

Click here to read about the 5 key battles to watch out for in the Europa League Final.

So as well as a battle of wits on the field, this match will also be decided by which of the managers in the dugouts gets their tactics right on the day.

Tranmere appointed current boss Micky Mellon back in 2016 and they have not looked back since. Under Melon’s stewardship the Super Whites managed to end their relatively brief spell in non-league football and have not stopped there as a win this Saturday will mean that the side achieve back to back promotions.

The man in the opposite dugout has had just as a remarkable spell since he took the top job. The term club legend is probably banded about a bit too often these days, but Michael Flynn certainly fits that mold.

The 38-years-old started his career at his home town club, and although he traveled around the country he finished his career back with Newport County. He was not done there either, as he took over the management role when relegation seemed a certainty he accomplished the impossible as he led his side to survival.

Click here to read about the 5 key battles to watch out for in the Champions League Final.