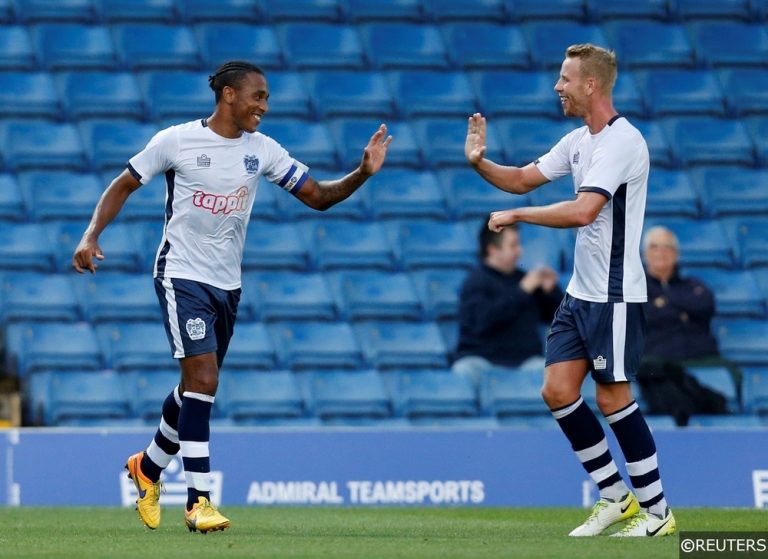 It may not be the biggest league in the world, but in League Two you have a league which provides all the thrills and spill of professional football whilst also maintaining a connection to the fan. Below we take an in depth look at one of the sides who are new to the division following their relegation from England’s third tier last season.

Bury Football Club was founded in 1885 by Aiden Arrowsmith following a meeting at the White Horse Hotel in Bury between the Bury Wesleyans and Bury Unitarians Football Clubs. They were founder members of and runners-up in the Lancashire League in 1889–90, and won the championship in their second and third seasons.

Bury were elected to the Football League ahead of the 1893–94 season and they won the won the famous FA Cup twice since then, firstly in 1900 and then again in 1903. In the 1900 final they beat Southern League team Southampton 4-0 and three years later they did not concede a goal in any round as they went on to beat Derby County 6–0 in the final, a result which remains the widest winning margin in an FA Cup final.

Despite that early success, they have typically found themselves at the lower levels of the Football League and they have not played in the top flight of English football since 1929. They have twice gone on to win what is now known as League One, the third tier of English football, but since their early years their trophy cabinet has looked a little bare.

Bury’s days at Gigg Lane may be numbered as the club has set out on ambitious plans to build a new stadium to hold between 15,000-20,000 by 2021, however, it has hosted the Shakers since they came into existence in 1885. Although the capacity of the ground was once 35,000—and this capacity was reached when the record crowd was achieved for Bury’s FA Cup third round tie against Bolton Wanderers on 9 January 1960 – it’s official capacity is now 12,500 (currently 11,840 due to segregation in the Les Hart Stand).

As a player Ryan Lowe made over 600 appearances in a career which saw him play for the likes of Sheffield Wednesday, Shrewsbury Town and Crewe Alexandra, but after finishing his career at Bury, he was given the opportunity at his first role in management.

Following Peter Lucketti’s short spell in the managerial hot seat, in January 2018 Lowe was placed in temporary charge of the Shakers. Coming in as the club’s third manager of the season, his task was to try and stabalise the club and help them out of what looked to be a pretty doomed situation and even though he was not able to prevent the side from suffering the drop, he obviously did enough to convince the people in charge that he was qualified enough to lead the side’s recovery.

It’s fair to say that the 2017/18 season will not go down in the history books as being one of the finest for Bury as they suffered relegation from League One. It was a pretty dismal campaign which saw the side record just eight wins from their 46 league matches and, perhaps unsurprisingly with that record, saw them rooted to the foot of the table.

It is not as if things got any better in the cups either as they were dumped out of the FA Cup in the first round by non-league Woking. The first clash between the sides saw them draw 1-1, but when the sides met just over a week later, the non-league side recorded a dominant 3-0 victory away from home.

Another first round exit came in the EFL Cup as Bury fell to a 1-0 defeat at home to crisis club Sunderland. In the Checkatrade Trophy, however, there was some welcome relief as they were able to qualify second in their group and progress to the next round. Although the Shakers did not go on to win the competition, it did at least prove to be a welcome distraction from an otherwise dismal season.

What can we expect this season?

So given the poor season last time out, it will take a lot for the side to bounce straight back and win promotion this time around. Although Bury fans will no doubt be keen to tell you that they expect promotion, most will probably admit that if they are to have a season of stability before kicking on in the next term.

Pre-season hopes of a stable season have so far proven to be pretty much on the money as Bury have opened the campaign with a three wins, a draw and three defeats. They currently find themselves firmly in mid-table ahead of this weekends away trip to Swindon Town and they go into this match knowing a win will push them towards the play-off places.