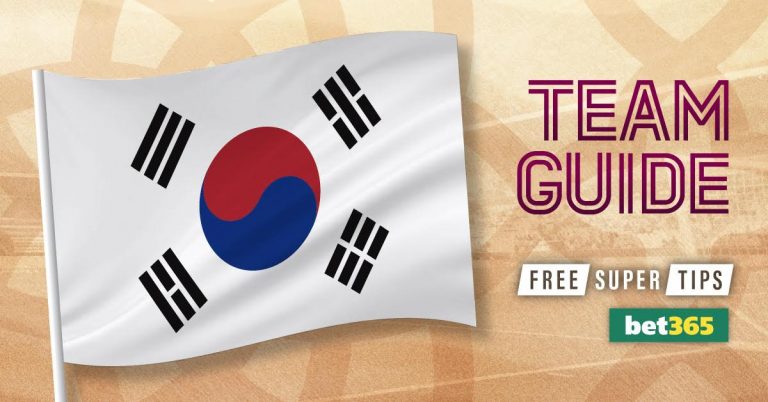 South Korea are set to make their tenth straight appearance at the World Cup finals and are looking to emulate the 2002 side that defeated current group rivals Portugal on the way to a semi-final defeat.

Whilst the Taegeuk Warriors’ qualification was never really in doubt, it remains to be seen whether or not they can keep pace with the big boys of international football at this tournament.

South Korea has a number of players plying their trade in top leagues across Europe including Napoli’s Kim Min-jae, Olympiacos’ Hwang Ui-jo and Wolverhampton’s Hwang Hee-chan.

South Korea: The story so far

Having qualified for ten consecutive World Cup finals, South Korea look to do better than their group stage finishes that they recorded in seven of the last nine editions.

South Korea’s most notable tournament to date was at their own tournament in 2022, with the jointly-held South Korea/Japan edition seeing the Taegeuk Warriors make it all the way to the semi-finals.

In a quirk of fate, current manager Paulo Bento was part of a Portugal team that South Korea knocked out with a 1-0 win in the 2002 edition, and now must face his homeland attempting to consign their current crop to what he had to endure 20 years ago!

There is a feeling that this could be the last tournament Bento takes charge of if unsuccessful as after over four years in the role, Korea are yet to really pull up any trees in the international footballing scene.

There was a scare around the prospects of Son Heung-min in the build-up to the tournament after their biggest star had to undergo facial surgery due to an injury suffered whilst with club side Tottenham. However, it now looks like he will feature much to the delight of the South Korean faithful.

South Korea sailed through qualifying as expected, yet ultimately finished second behind Iran. Their latest warm-up games at the time of writing were a draw with ten-man Costa Rica and a narrow 1-0 win over a Cameroon side ranked 43rd in the world, hardly setting expectations alight ahead of this tournament.

South Korea are in Group H, which also includes CONMEBOL opponents, Uruguay; UEFA’s Portugal, and CAF side Ghana, making this one of only three groups that doesn’t include two European sides!

South Korea are one of many sides at this tournament that may struggle to cope with the temperatures reaching up to 30 degrees celsius, a factor which could be the great leveller in this tournament.

Qualifying from this group looks to be a huge ask for South Korea with two serious contenders, Uruguay and Poland, strong favourites to progress further. As the third-lowest ranked side in the group, South Korea can hope to nick results off the big boys and defeat Ghana, yet that will surely be easier said than done.

South Korea are a very short 1/3 to simply not qualify, a price which is perhaps justified given the quality of opposition. It could be wise to avoid backing South Korea to finish bottom at 5/4 with 61st-ranked Ghana strongly fancied to end up with the Group H wooden spoon.

South Korea are tournament regulars after being at every finals edition since the 1986 edition, yet their best-ever finish was at their own jointly-held tournament with Japan back in 2002.

South Korea topped a group which contained Portugal in that edition, although the lack of home advantage this time around perhaps suggests that the same result is unlikely. A 1-0 win over Portugal preceded South Korea’s stunning run of wins over Italy and Spain en route to their losing semi-final against Germany.

The incredible antics of 2002 were certainly an exception and not the rule as far as South Korea’s World Cup fortunes have gone.

The Taegeuk Warriors failed to make it beyond the group stage in eight of their ten all-time finals appearances and with this tough group, another early plane ticket home could be on the cards.

Paulo Bento has been in charge of the South Korea national team for over four years now but the furthest he has taken them in that time is to a quarter-final exit in the 2019 Asian Cup, in which they were ultimately defeated by Qatar!

Since then, Bento has overseen a less than convincing qualification run to this tournament, sneaking by much weaker nations by slender margins. Should he fail again in Qatar, Bento’s time as the South Korea coach could well come to an end shortly after their elimination.

Bento managed Portugal between 2010-2014 and he will hope that his knowledge of the side could give his current side an edge as they look to qualify from the group. In reality, though, it seems more likely that his home country will be the ones to eliminate them at the group stage.

Mostly employing a 4-4-2 formation, Paulo Bento has been known to switch it up at times with a 4-2-3-1 lineup or even a 4-1-4-1. We expect to see Young-gwon and Min-Jae enforcing from the centre-back positions with Moon-hwan and Jin-su occupying the full-back positions.

Pulling the strings in the South Korean central midfield will be In-beom and Jae-sung, they’ll try and distribute the ball to wide men Kang-in and Sang-ho.

Following a successful surgery, Son Heung-min is set to feature and will be an undisputed starter in the frontline and indisputably their biggest threat. Another one to watch will be Napoli’s Kim Min-jae, who will finally make his first World Cup appearance after missing 2018 through injury.

This looks like a really tough group for South Korea which in turn takes away the value from simply backing them not to qualify. Instead, we’re going for an exact three-point return, Portugal and Uruguay will likely get the better of the Koreans but their best chance to grab a win will surely come against arguably the weakest team in the group, Ghana.