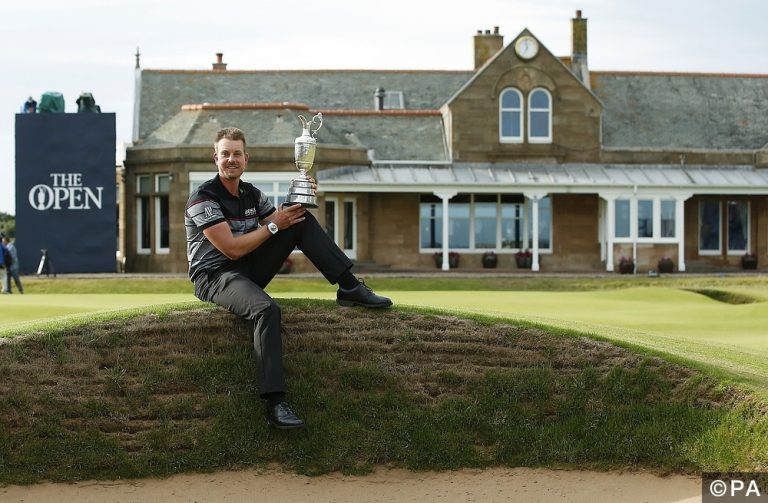 After coming close last week at The Scottish Open with a 66/1 second place finish our Golf tipsters went one better this week with a 28/1 winner, in a major. We tipped Henrik Stenson last Monday, a day earlier than normal because we wanted to get maximum value at The Open.

Henrik Stenson put on a master class at the 145th Open Championship at Royal Troon. The Swede shot a record breaking -20 over the four days, 264 which is the lowest ever score at The Open. A final round of 63 on Sunday which equaled the lowest score record in any major, which Phil Mickelson had also done on the opening round of the 2016 Open Championship.

You have to feel for Mickleson who’s score of 17-under would have won 140 of the previous 144 Open Championships. However, Stenson was outstanding all week and this putt on the 18th green sealed the win in stunning style.

What a performance. What a Champion. A new Open record.#TheOpen pic.twitter.com/VZ5rCm7AZM

It’s great to see our Golf tips getting more and more popular with our followers. We love seeing bet slips from our followers on big priced winners!

Here’s some of this week’s followers who were on Henrik Stenson at 28/1 with us!

@FootySuperTips thank you Mr Stenson, deserved winner with a final round of 63 under that pressure!! pic.twitter.com/WVbMunyZKe

This week’s Golf betting tips will be up on Tuesday for the RBC Canadian Open on the PGA tour and European Masters.