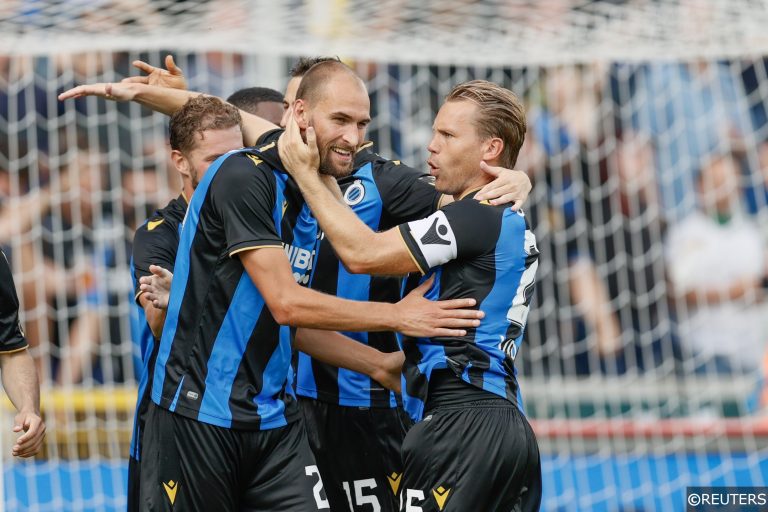 It’s the opening day of August and already the new football season feels like its getting into full swing. The Premier League clubs may still be off at their preseason friendlies, but plenty of European leagues are up and running.

Here we’ve put together a rundown of the games from some of Europe’s overlooked divisions. We’ve got tips for the Austrian Bundesliga, Belgian First Division and Swiss Super League. Together they combine for a 184/1 accumulator tip, which you can back below.

Austria Vienna have seen both teams score in each of their last four games, while they meet a Swarovski Tirol side who opened up their season with a 1-1 draw at the weekend. The hosts have scored in their last eight Bundesliga games, but they’ve only kept one clean sheet in that run.

The visitors have won three of their last four league games, losing the other to Salzburg last weekend as the new season got underway. Sturm Graz won their final two away trips of the season including a visit to Wolfsburger, who are winless in six Bundesliga games.

Salzburg scored three times home and away to Reid last term and the visitors come here with some patchy league form behind them. Salzburg have scored seven goals across their opening two games of the season and they’ve scored three or more in four of their last five Bundesliga matches.

The hosts made a great start after promotion with their 3-1 win at Anderlecht in their season opener last time out. They’ll face a tougher test against Club Brugge, but the visitors drew 2-2 with Eupen last time out so its worth backing goals in this encounter.

Luzern have lost their last three league games, conceding 11 goals during that run. Meanwhile, St Gallen have won their last three in the league, scoring nine themselves. The hosts should build on that to claim a victory here.

Basel have scored at least twice in eight of their last 10 meetings with Sion, while they’ve scored two or more in three of their last four games. Sion have conceded 11 times in their last five trips and should ship more goals in this encounter.