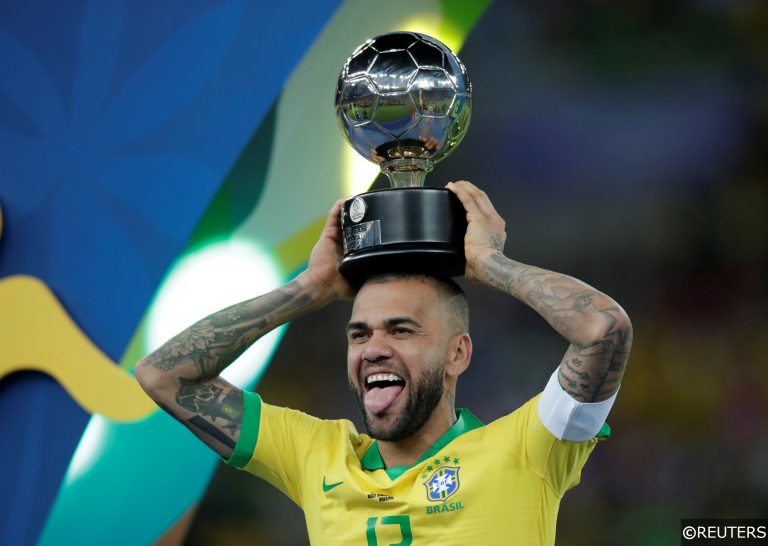 Tokyo’s 2020 Olympic games has been five years in the making and while the opening ceremony didn’t take place until last Friday by that point the football tournament was already underway.

FST were on the ball and posted our outright selections on Monday, which included a lovely 15/1 group winners acca that came flying in early on Wednesday afternoon!

Aaron Rogan’s 15/1 group stage acca didn’t get off to the best of starts as a star-studded Spain side – our outright and Group C winners pick – faltered to a goalless draw against Egypt but that turned out to be just a minor blip.

South Korea also shockingly lost to New Zealand, but group favourites France were demolished by Mexico before victories for Japan and Brazil got us back on track.

It was Brazil’s turn to falter in round two as they were held by Ivory Coast, but fortunately for our acca Japan, South Korea and Spain all picked up three points. Wins for Japan, Brazil and South Korea and a draw for Spain rounded off the results on Wednesday to land our pre-tournament accumulator! 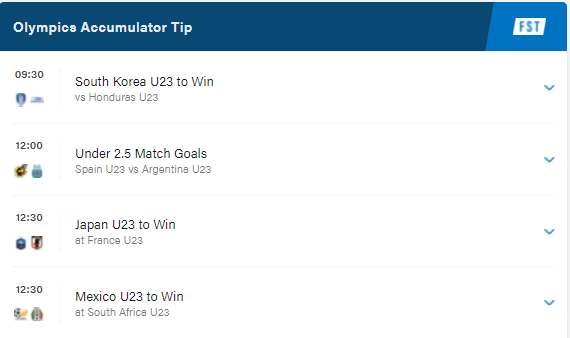 South Korea’s 6-0 demolition of Honduras got our acca off to a winning start and after that it never really looked in doubt. Pre-tournament favourites Spain were pegged back late on by Argentina but a 1-1 draw was enough to land our under 2.5 goals tip before Japan and Mexico thrashed France and South Africa respectively. Lovely stuff!

As you might expect after landing a couple of nice accas, our Olympics predictions have been on point thanks to the fine work of Aaron Rogan and Gareth Freeman.

That wasn’t his only hefty winner that day, though, with a Brazil and BTTS tip flying in at 7/2. Keep it going, Gareth!