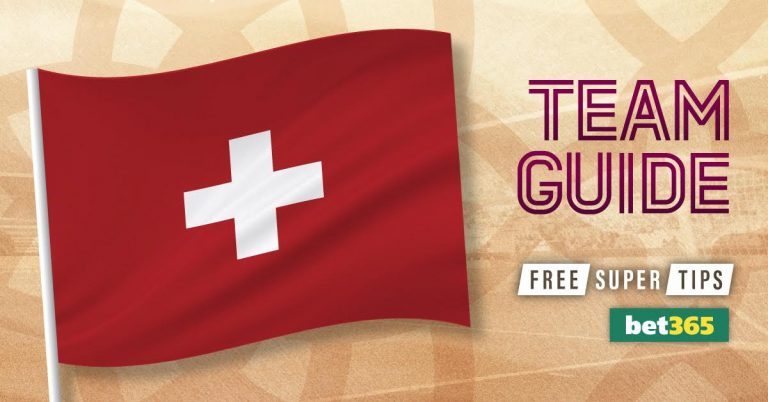 After being knocked out in the round-of-16 at three of the last four World Cups, Switzerland have their work cut out if they are to reach a first quarter-final since hosting the tournament in 1954.

Given their population of under 9 million, it could be argued that The Red Crosses regularly punch above their weight, especially as they are 15th in the FIFA rankings after another impressive UEFA Nations League campaign, where they once again held their own in Group A2.

Arsenal’s Granit Xhaka and rising Monaco star Breel Embolo will be the driving force in Murat Yakin’s side, who head to Qatar full of confidence after finishing above Italy in qualification.

But in a group alongside Brazil, just as they were in 2018, fellow European outfit Serbia and the ever-entertaining Cameroon, progression is far from a formality.

Switzerland: The story so far

Having needed the play-offs to book their spot in Russia four years ago, Switzerland reached Qatar 2022 after a stunning qualification phase which saw them finish above Italy.

The Red Crosses went undefeated over their eight games, picking up five wins and three draws to collect 18 of an available 24 points, two more than the Italians.

The bedrock for that good form was a sensational defensive record, with ‘keeper Yann Sommer only having to pick the ball out of the back of the net twice and Murat Yakin’s side not conceding at all at home.

One of those goals came in a 1-1 draw away to Italy in November, which was followed by a resounding 4-0 defeat of Bulgaria that confirmed their place at a fifth successive World Cup.

The strength of the teams involved might not be enough to warrant a ‘Group of Death’ tag, but Group G will still see a reasonably big-hitter knocked out of the tournament before the round of 16.

Switzerland are alongside Brazil and Serbia, as they were in Russia in 2018, and Cameroon, who they have never played in either a competitive game or friendly.

All four countries are ranked inside FIFA’s top 50, and although the Samba Boys are thoroughly expected to take top spot in the group, second place is very much up for grabs.

The Swiss open up against Cameroon on November 24th, before facing Brazil in Doha and then concluding against Serbia in early December.

If they can get off to a strong start, then odds of evens offer good value on progressing to the knock-out stages, but with Portugal or Uruguay their likely opponents in the round-of-16, that might be as far as they go at a price of 2/1.

They may have been to the last-eight of the World Cup on three occasions, but Switzerland’s most recent appearance in the quarter-finals came 70 years ago.

A fallow period followed as the Red Crosses failed to qualify for a single tournament between 1970 and 1990.

But, apart from missing out on France ‘98 and the Japan and Korea edition four years later, the Swiss have been pretty consistent on the biggest stage of all over the last three decades.

They have qualified for five of the last seven World Cups, reaching the round-of-16 on four occasions, before being eliminated each time without scoring.

They do tend to start tournaments strongly though, going undefeated in their opening group game since 1966!

Murat Yakin took charge in August last year, and although this may be his first World Cup as a manager, it is far from his first first taste of a major tournament, having represented Switzerland at Euro 2004.

Indeed, the former defender won 49 caps during a decade-long international career, while he enjoyed spells at Grasshoppers, Stuttgart and Fenerbahce in club football before hanging up his boots in 2006 after five years with Basel.

Since retiring, the 48-year-old has forged a long and distinguished managerial career, winning two Swiss Super League titles with Basel, as well as, amongst others, taking the reins at Spartak Moscow, Thun and Sion.

Yakin has lost just three of his dozen competitive games since taking charge of the international side after Euro 2020, picking up six wins and three draws.

The Swiss squad is an interesting one, as they carry very few young players who possess little international experience.

Instead, the side will be packed full of stars from across Europe’s top divisions, such as Xhaka, Manchester City’s Manuel Akanji, Fabian Schar of Newcastle and goalkeeper Sommer, who plies his trade for Borussia Monchengladbach.

There is a concern that some players are a little bit over the hill, none more so than with ex-Liverpool man Xherdan Shaqiri, of whom a lot is still expected despite moving to Chicago Fire in the MLS.

One thing is for sure, though; Yakin will have his side set up defensively and tactically astute, meaning they will be tough to break down, while Embolo and Haris Seferovic of Galatasaray will sniff out chances at the other end.

Switzerland to be knocked out in the round of 16

If the Swiss can get off to a strong start against Cameroon, they have a great chance of reaching the knock-out stages, but history dictates they are unlikely to go any further.

Murat Yakin’s side will find it tough to finish above Brazil, and that means they will face the winners of Group H, most likely to be Portugal.

It’s anybody’s game between Switzerland and Serbia and both have the quality to qualify, but there is a concern over a lack of firepower and creativity in midfield, so it is tough to see them going any further.