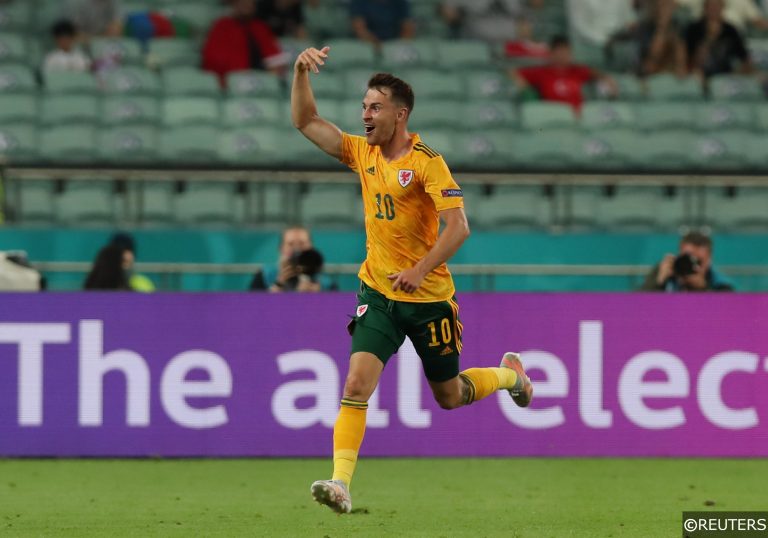 The January transfer window is now open and one club in the Premier League seems set to dominate the headlines over the course of the next month – Newcastle United.

This is the first opportunity the club’s new owners have to splash the cash and with the Magpies currently languishing in the relegation places they need a few new faces at St James’ Park to aid their survival push.

A deal for England international Kieran Trippier looks almost done, with the defender set to complete a £12million switch from Atletico Madrid imminently, but who could join him in making the move to Newcastle in January?

Betfair have a plethora of potential Newcastle new boys in their transfer specials section and we’ve assessed a few of the options as boss Eddie Howe looks to reshape his squad.

Newcastle need reinforcements in all areas and with Ramsey available it wouldn’t be a surprise to see him make the move to the North East in the coming days.

A double raid on Manchester United?

Manchester United are keen to offload a few member of their squad as their seemingly never ending rebuild continues. Anthony Martial is pushing for an exit, and Jesse Lingard could be on the hunt for a new club too after failing to force his way back into the team on a regular basis following an impressive loan stint at West Ham last season.

The duo are both rated at 11/10 to move to Newcastle before the transfer window closes.

Moving on to the bigger prices, and the 15/8 on Lucas Digne swapping Everton for St James’ Park has some appeal. Newcastle have all-but landed a world class right-back and bringing in Digne, or a similar player, on the opposite side of defence makes sense.

Digne is a man in demand though, with Chelsea, West Ham and Napoli also rumoured to be interested, so Newcastle will face a fight to snare the Frenchman in January.

Technically, Newcastle have the funds to bring in almost anyone in the January window but FFP rules mean they can probably only make one blockbuster deal this month, if they decide to go down that route at all. There are some huge prices out there and Liverpool’s Mohamed Salah is 66/1 to head to Newcastle. That isn’t really grabbing me as if Salah is at all tempted to leave Liverpool chances are he’ll end up at Real Madrid or another one of Europe’s giants, but the 35/1 on Antoine Griezmann of Atletico Madrid is worth a mention.

The lines of communication between St James’ Park and the Wanda Metropolitano are already open as Tripper edges closer to a move to Newcastle. Griezmann is having a difficult campaign at Atleti with just three goals in 13 La Liga games but he would clearly be a marquee signing for Newcastle and it would be a huge statement of intent. Los Colchoneros are a club that know how to do deals and they would find it hard to turn down a big bid for Griezmann in January so this one isn’t out of the question, although admittedly I still think this move looks unlikely.

Elsewhere, Erling Haaland is 50/1 to go to Newcastle but that is a move I can’t see happening in the current window. I’d expect Haaland to join a team who already have Champions League winning aspirations when he does eventually depart Borussia Dortmund, which looks more likely to happen in the summer anyway, and the same could be said of Harry Kane and Kylian Mbappe (both 35/1).

29/1 NBA accumulator winner among the winners on Tuesday!