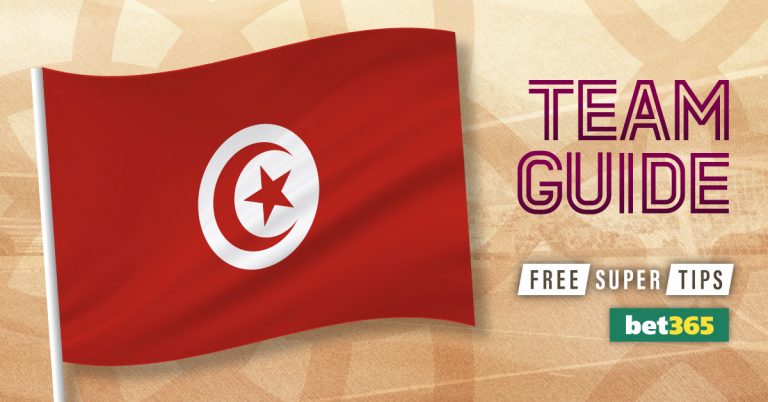 Tunisia make the long journey east to Qatar in search of a record breaking World Cup finals, they have enjoyed a solid spell since Jalel Kadri took the reins with seven clean sheets from eight games, but they’re expected to struggle at this tournament.

The hot conditions at this World Cup may not bother Tunisia as much as other nations given their African base, although they have a number of players plying their trade across European leagues and they’ll still suffer a shock to the system.

The fans haven’t been overjoyed with the low-scoring encounters that Tunisia seem to churn out, but strong defensive showings have ultimately delivered the results they needed to reach a sixth World Cup tournament.

Tunisia: The story so far

Following a 12-year absence from World Cup finals, Tunisia are set to feature at their second successive tournament after flopping out of the group at Russia 2018 with their only points coming in a win against minnows Panama.

The best that Tunisia can realistically hope for is to frustrate Denmark or France with their infamous defensive dark arts whilst picking up a win against Australia to qualify. However, the more likely scenario is that they’ll lose to the much stronger quality of the European nations with a tight encounter with Australia providing their best hope of earning a point.

Low-scoring games are often the order of the day for Tunisia, five of their eight games under the stewardship of Jalel Kadri ended with under 2.5 goals whilst only one saw goals at both ends. Consequently, we expect Tunisia to attempt to frustrate their opponents to get points on the board.

There are some notable names within the Tunisia squad such as Wahbi Khazri, formerly of Sunderland, and their star man, Youssef Msakni. The latter of that pair will enjoy familiar surroundings here having plied his trade in Qatar across the last decade.

Tunisia are in Group D, which also features Australia, recent European Championship semi-finalists Denmark and the current World Cup champions France. Given the strength of this group, it’s difficult to make a compelling case for Tunisia to progress any further.

The Tunisians are used to flopping out at the group stage and it seems that their best hope of progressing any further is by playing to their strengths, which is primarily their steely defensive mindset.

Tunisia are a sizable 11/4 to qualify from the group but that seems like a pretty short price when you consider who they share a group with, the fact that they’ve never gone further, and a general lack of killer instinct in their attacking options.

The most likely scenario sees Tunisia fighting it out with Australia to avoid picking up the wooden spoon, but a 4/5 price on the Eagles finishing bottom of the pile looks like it could be the most sensible play, and one which will likely come down to the H2H with Australia.

Tunisia haven’t had the best of times at World Cup finals, never making it beyond the group stage in any of their five tournament appearances to date.

Their best performance came in their very first edition back in 1978 (W1, D1, L1) although that victory was one of only two across all of their World Cup groups (D4, L9).

Setting a new national record with a knockout phase appearance appears unlikely given the strength of holders France and dark horses Denmark, so they’ll most likely resort to the dark arts and strong defensive play in order to tip the scales in their favour.

There are only two managers at this tournament that were not former players, and Tunisia boss Jalel Kadri is one of them, but the Tunisia manager earned his full-time role after an impressive interim reign which saw them qualify for their sixth World Cup tournament.

Kadri has overseen just one defeat in his eight games at the time of writing (W5, D2) and that was a 5-1 drubbing against Brazil.

That result doesn’t bode well ahead of their group clash with heavyweights France, but an impressive return of seven clean sheets from eight games under his stewardship suggests that they’ll be tough to break down for most nations.

Typically playing in a 4-3-3, the first names on the Tunisian team sheet will be their main attacking threats Msakni and Khazri will be looking to lead the charge towards the knockout rounds.

Chalaali, Laidouni and Skhiri will likely form the midfield trio, whilst Drager, Bronn, Talbi and Ben Ouanes will guard keeper Dahmen. Typically a tight and organised unit, opponents will struggle to break this staunchly defensive side down.

Tunisia to finish bottom of Group D at 4/5

Having never qualified from a group in their five previous attempts, Tunisia look to be right up against it yet again in what is one of the tougher groups in the tournament. The match against Australia could be pivotal in deciding their final position, but we can see that game being the only one in which they can earn a point.