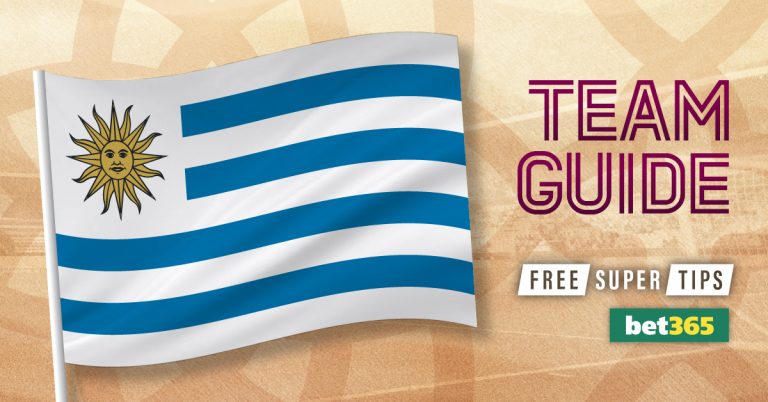 Having won two World Cups despite possessing a tiny population of just 3.5 million people, Uruguay have come to be viewed as international football’s great overachievers, but the Celeste’s presence in Qatar was in major doubt prior to a change in the dugout last year.

Uruguay were enduring a poor qualification campaign until the exit of the legendary Oscar Tabarez in November 2021, but replacement Diego Alonso oversaw a late rally as they finished third in CONMEBOL’s talent-packed qualification group.

As ever, opponents will be wary of facing Uruguay, who will hope several emerging stars can ease the burden on striking duo Luis Suarez and Edinson Cavani.

Uruguay: The story so far

Things looked bleak for Uruguay after 14 games of the South American qualification campaign, with Tabarez’s side picking up just four wins and frustrating fans with their reactive, pragmatic style.

The appointment of Alonso, however, kick-started a run of four consecutive wins which carried Uruguay to Qatar, where they will be favoured to advance from Group H.

Record goalscorer Suarez hit eight goals in Uruguay’s qualification campaign, a tally only bettered by Bolivia’s Marcelo Moreno across all of South America, and he will need to maintain that form if the Celeste are to match – or better – 2018’s quarter-final exit.

Uruguay begin their Group H campaign against South Korea at the Education City Stadium on November 24, before taking on Portugal and Ghana – who they controversially beat in 2010’s quarter-finals.

With Cristiano Ronaldo and company 8/13 favourites to top the group, Uruguay are 2/1 to claim top spot, but are priced at 1/2 to advance to the last 16.

Alonso’s side are 5/4 to suffer a last-16 exit, a prospect enhanced by the possibility of a meeting with Brazil if either fail to top their group, while the Celeste are 50/1 to defy the odds to win a third title.

Uruguay are undoubtedly World Cup royalty. The Celeste lifted the trophy on each of their first two entries in 1930 and 1950, triumphing on home soil in the inaugural tournament before inflicting one of football’s greatest upsets on Brazil at the Maracana 20 years later.

In 12 tournament appearances, Uruguay have only suffered three group-stage exits, reaching the quarter-finals or further on seven occasions.

Uruguay’s last serious tilt at the trophy came when they finished fourth in South Africa in 2010, with eventual champions France ending their 2018 dreams in the last eight.

Alonso won seven international caps during his playing career as a striker, featuring for the likes of Atletico Madrid, Valencia and Penarol. Following his 2011 retirement, the Montevideo native has embarked on a varied coaching career spanning four countries.

As well as spells with Bella Vista and Penarol in his homeland, Alonso has enjoyed success in Mexico – where he won CONCACAF Champions League titles with both Pachuca and Monterrey, though he failed to deliver silverware at Inter Miami or in two spells in Paraguay.

Since taking the reigns as national coach, Alonso has alternated between 4-4-2, 3-5-2 and 4-3-3 systems, and his experimentation has not been to the detriment of results – Uruguay have won seven of their nine games under him.

Alonso’s tendency to switch things up during the early days of his tenure makes it difficult to get a read on Uruguay’s potential lineup in Qatar, though the presence of Cavani and Suarez – as well as Liverpool’s Darwin Nunez – means we will likely see the Celeste start with a front two.

In midfield, the partnership between Federico Valverde and Rodrigo Bentancur offers guile as well as steel, and Uruguay will be desperate to see Barcelona’s Ronald Araujo win his battle against injury to feature in defence.

Manchester United may not have given Facundo Pellistri much game-time yet, but the 20-year-old winger has already won seven senior international caps this year, and is likely to play a part.

Uruguay to reach the quarter-finals at 12/5

Uruguay have long had a reputation as a tough nut to crack, and the emergence of Valverde, Araujo, Bentancur and company means the burden on Suarez and Cavani should be lessened this time around.

There are certainly enough question marks over Group H rivals Portugal to foresee a scenario in which Uruguay seize top spot, but punters can secure added value by backing them to go one step further and replicate their 2018 efforts – as long as they avoid Brazil.