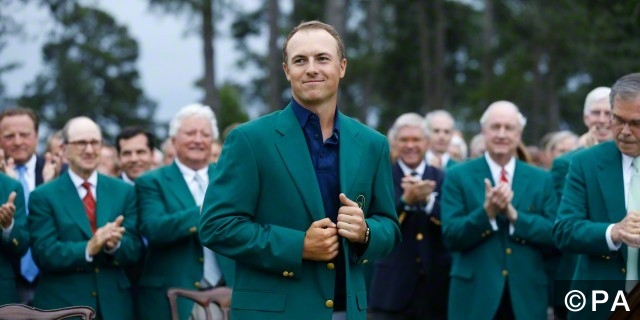 Can Spieth & Day Halt the Augusta Plight of Defending Champions and World Number Ones?

You would imagine that the defending champion and the world number one would have as good a chance as anyone of slipping into the Green Jacket after another emotional roller coaster of a Masters weekend. But you’d be wrong….

History, which has a habit of making fools of us all of course, dictates that the holders of both of these titles tend to struggle when making their assault on Augusta. The stats are compelling, as we will now reveal.

Plight of the World Number One

It has been 14 whole years since the world number one lifted the US Masters trophy: Tiger Woods way back in 2002. Seems like generations ago, doesn’t it?

Of course, world number ones have finished in the money places in this time, but an each way punt on Jason Day this time around isn’t exactly going to yield much of a return considering he will tee off in the region of 7/1.

So the Aussie will have to make history if he is to be handed the famous Green Jacket by Jordan Spieth come Sunday evening.

Curse of the Defending Champion

You might think that the defending champion has more luck than the world number one at Augusta, but think again.

Once again, the data reveals a real horrorshow for those looking to successfully defend their crown. The finishing positions of the last five defending champs reveals all:

On a slightly happier note for Spieth, only one champion of the last 14 (Mike Weir) has missed the cut the following year.

So what does this mean for our Masters betting tips then? Well, let’s get one thing straight: both Day and Spieth have a fantastic chance of winning at Augusta. Both have finished in the top five twice at the Masters, and in Spieth’s case he has finished first and second in his only two visits to the course. Day, meanwhile, has recorded four top-30 finishes in his last five attempts.

But unusual stats like these do funny things to the mind of the punter, and it doesn’t take much to put us off backing a 7/1 shot in a field as competitive as this at the best of times.

For this reason, rightly or wrongly, we’re happy to put Jordan Spieth and Jason Day on the shelf for the Masters 2016.

Want Free US Masters betting tips? Head over to our find our what our three selections are for this years tournament.