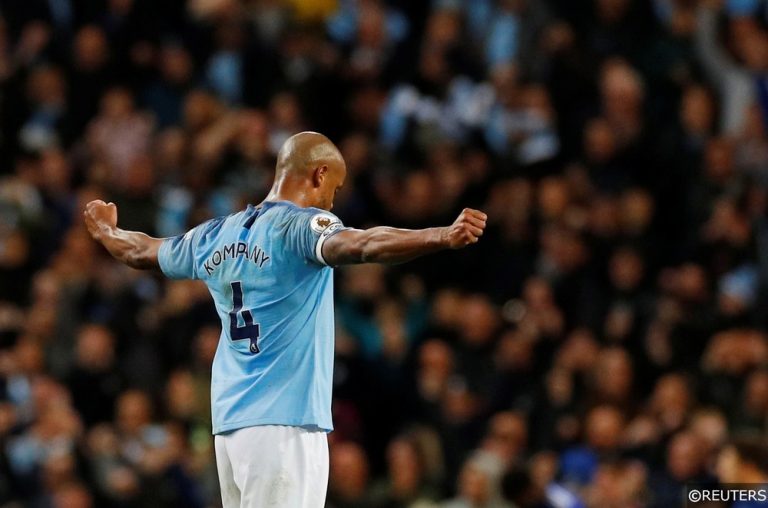 Manchester City are rewarding Vincent Kompany’s 11 years of service with a testimonial clash on Wednesday night. The City legend is stepping away from his role as Anderlecht player-manager for the night to lead a team of old and new City stars. The Belgian has made the most of the international break, roping in current players in David Silva and Sergio Aguero as they face a Premier League Legends XI including the likes of Thierry Henry, Paul Scholes and Robin van Persie.

As we brace for the gap between the international break and this weekend’s Premier League action, this clash comes along at the perfect time. Kompany returns to the Etihad for the final time as a player on Wednesday night. That’s allowed this clash to soak up the attention while City fans get to say goodbye to a four-time league champion. There’s a title winner from eight of the last nine Premier League seasons, so there’s no shortage of talent at the Etihad this week.

Where to Watch Vincent Kompany’s Testimonial 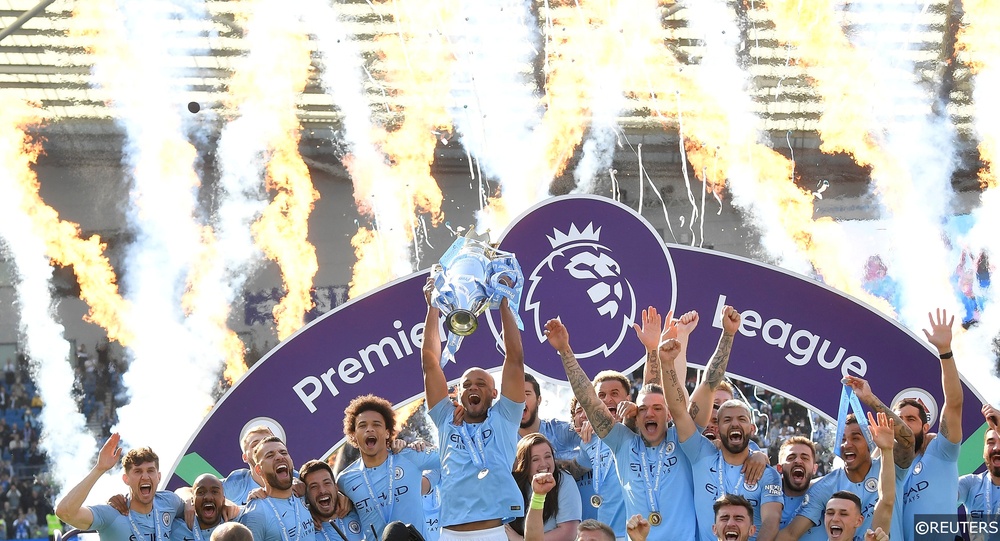 The clash at the Etihad Stadium is live on Sky Sports Main Event and Sky Sports Premier League at 7pm. The match itself kicks off at 7:45pm.

Vincent Kompany achieved the perfect send-off in May, completing a domestic treble with this all conquering City side. The defender played a key part in City’s latest league title – their first ever successful defence of the Premier League crown. Kompany’s stunner against Leicester is an all-time great moment and it provided the perfect goodbye for the former club captain. That – along with 11 years of service – has led to huge support for the no-nonsense centre-half in his return to his adopted city.

Could City go one-better without Kompany and triumph in Europe? See our thoughts in our Champions League Group Stage Preview.

Who Made the City Legends XI? 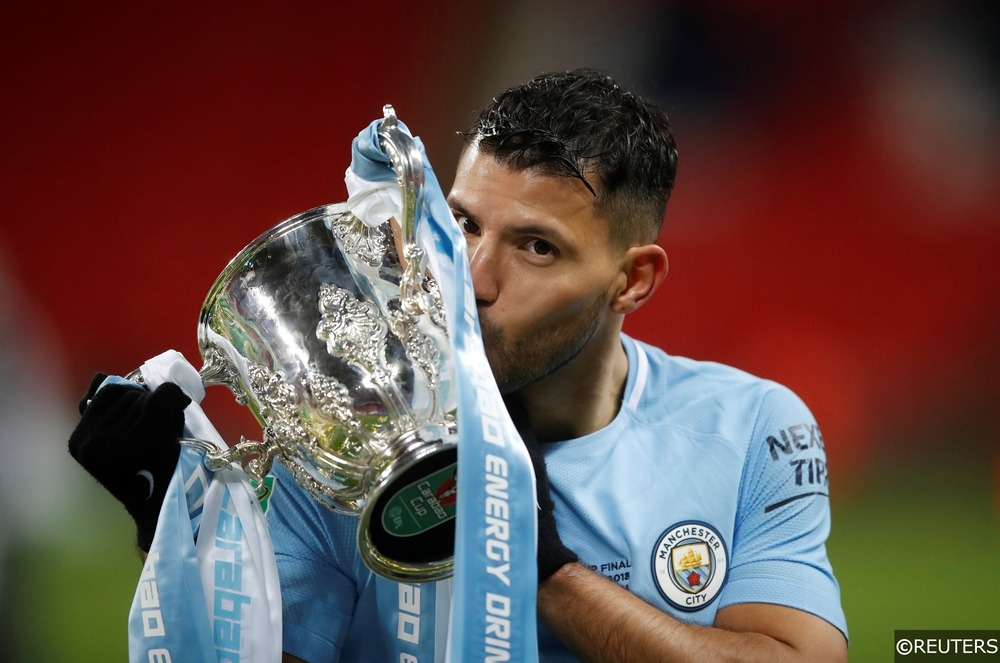 Kompany has gathered a 22-man squad in his final game in a City shirt. His side includes 12 players who were present here in April 2012 when Kompany scored the winner in a historic win over Manchester United. Obviously, Kompany is among them, while his side have current stars in Aguero and Silva among their ranks. Pep Guardiola will be leading the side, meaning we finally get to see Nigel de Jong and Benjani trying their hand at Tiki-Taka.

It’s a group full of characters, with Mario Balotelli, Stephen Ireland, Craig Bellamy and Samir Nasri all set to feature. There will be an awkward reunion between Guardiola and Joe Hart, who he forced out of the side in 2016. The former England keeper is one of five current Premier League players who could feature for Kompany’s men this week’s clash. That’s a huge advantage against a mostly retired group of English footballing legends.

See our thoughts on life after Kompany for City in our Premier League 2019/20 Outright Predictions. 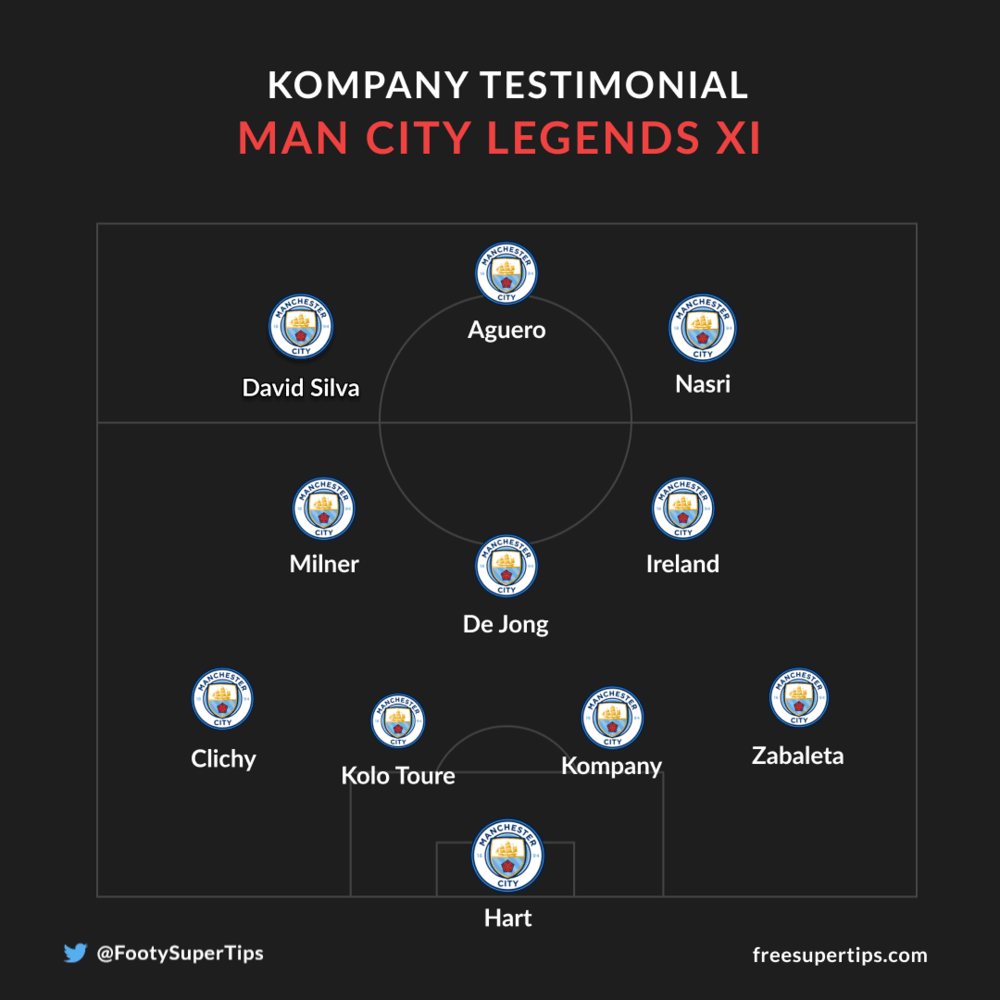 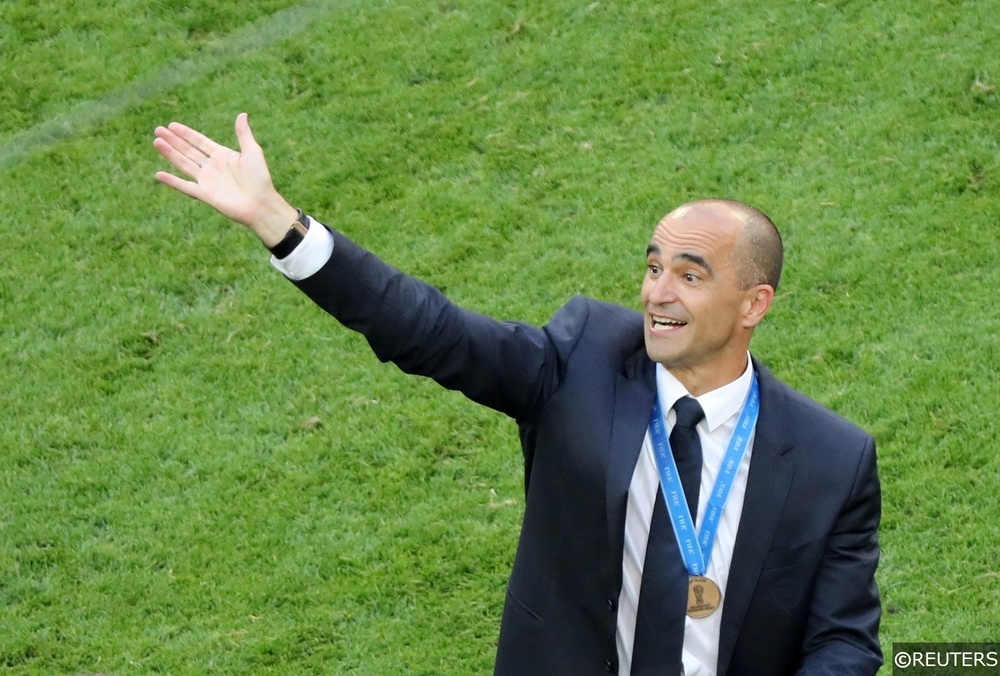 Kompany has worked with plenty of great managers – and Mark Hughes – but he’s gone for Roberto Martinez as the boss for the Premier League side. That means that this testimonial pits together the men behind the world’s best club side and the top international team. Meanwhile, this side includes five of the owners of Salford City, Ajax’s current CEO and an iconic Sunderland centre-half pairing.

The Premier League XI is set to be packed with former Manchester United stars, adding a little bite to this clash. We could see nine former United players featuring in the starting line-up – including five members of the Class of 92. There are 14 players for Martinez to pick from in total, with former City man Shay Given among them. However, the main focus will be on the former United players, with Gary Neville, Paul Scholes and Ryan Giggs all returning to the Etihad.

Thierry Henry was the star name who rounded out the side, despite the Frenchman leaving England before Kompany arrived. Henry is part of a solid Arsenal contingent, with Cesc Fabregas and Robin van Persie joining him here. Former Spurs man Rafael van der Vaart rounds out the Premier League side. That doesn’t give Martinez the deepest squad, but the Belgium boss has some big names to utilise.

Check our match previews section for our latest analysis as the Premier League returns. 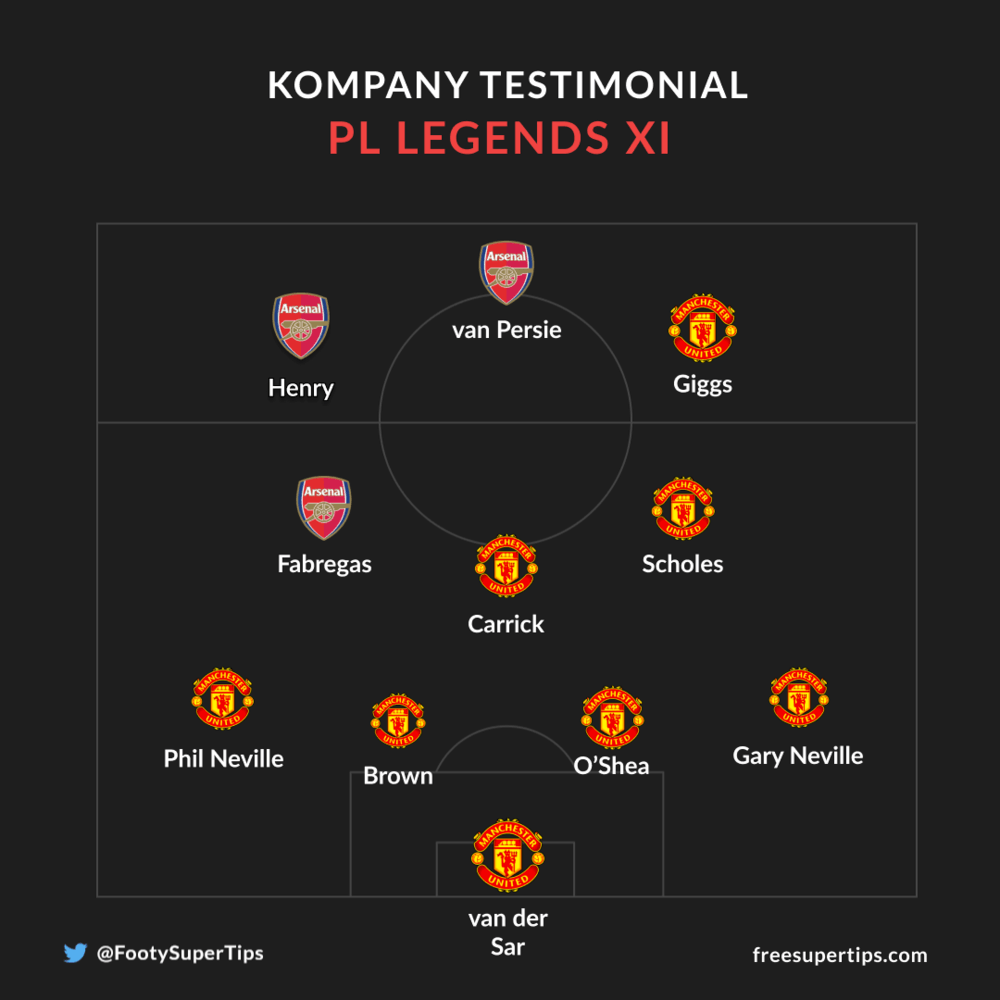