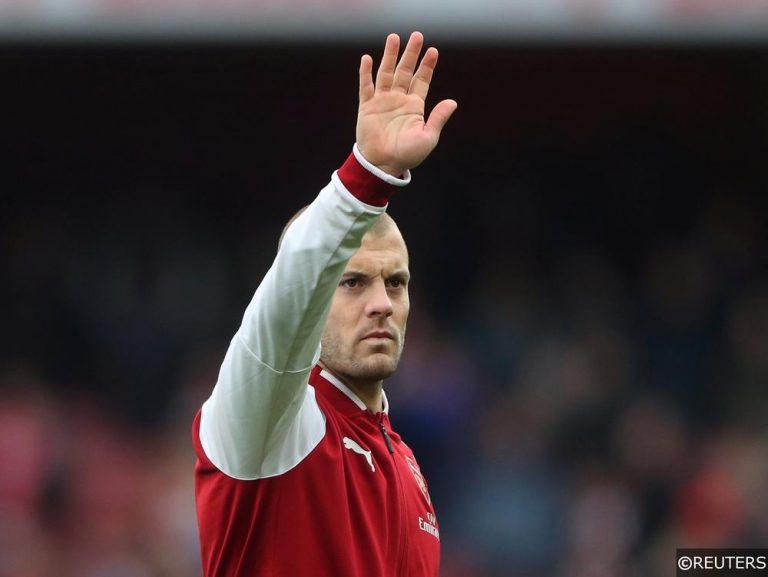 Gareth Southgate announced his 23 man squad for his first ever major international tournament this week, and whilst the roster for Russia 2018 was largely predictable the former Middlesbrough boss did throw a few surprises our way.

The inclusion of teenage full back Trent Alexander-Arnold was welcomes by most fans, as was the exclusion of Joe Hart after a dreadful couple of seasons at domestic level. Other notable inclusions are Chelsea’s Ruben Loftus-Cheek after his impressive season at Selhurst Park and Burnley goalkeeper Nick Pope, who started the 2017/18 campaign as Burnley’s backup shot stopper. Both of these are undoubtedly deserved inclusions, but one exclusion that is causing controversy is the decision to leave Jack Wilshere back at home.

It remains to be seen whether this was the correct decision or not, but until then we can certainly make an educated guess.

Read about the rest of England’s World Cup 2018 squad here. 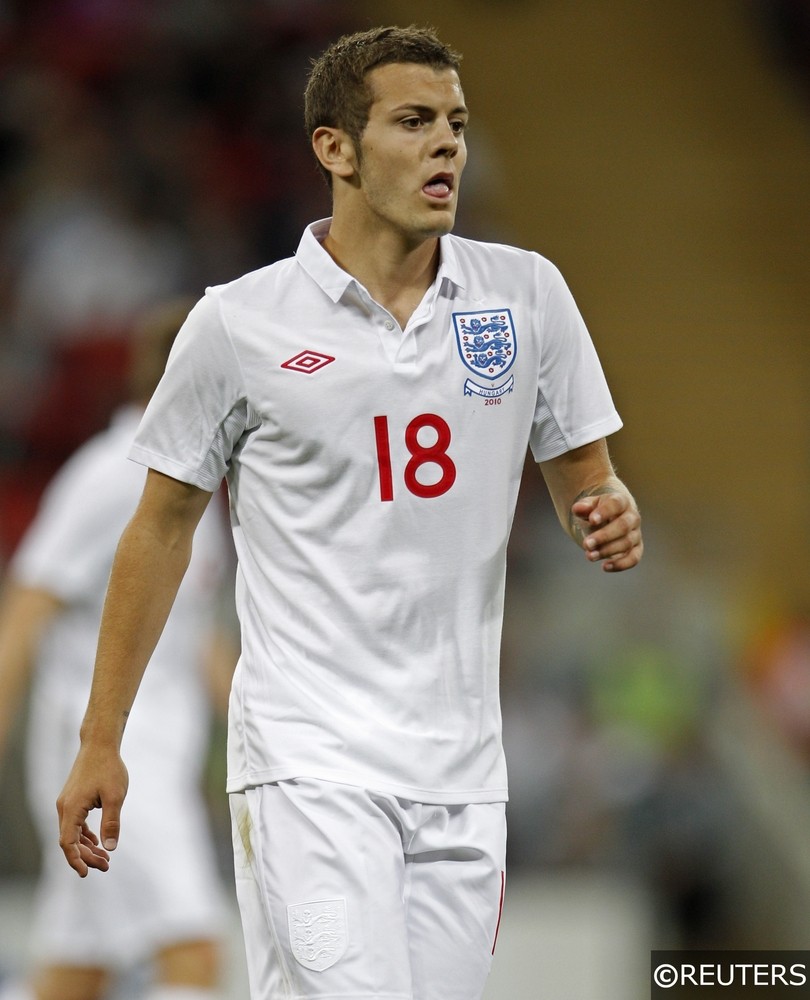 Jack Wilshere burst onto the scene for Arsenal back in 2008, becoming the youngest ever league debutant for Arsenal at just 16 years of age and making his England debut just under two years later against Hungary.

Gifted with a Mediterranean-esque technique belying of his English heritage, Wilshere was instantly tipped for great things. He boasts a wide array of desirable midfield traits and can play in a number of positions, with Arsene Wenger describing him as a true box-to-box midfielder. His technique, vision, and creativity set him apart from the rest, and with ambitions to go on to captain both England and Arsenal his motivation clearly wasn’t an issue.

Unsurprisingly, his performances for Arsenal weren’t ignored for long and he quickly came into the fray for England. Making his debut shortly after the 2010 World Cup he looked primed to be on the plane to Euro 2012, but in what would become a recurring theme throughout his career he was ruled out through injury. The cause was a fractured ankle sustained almost a year before the tournament in a pre-season friendly – One which kept him out of action for the entirety of the 2011/12 season and the start of the next one.

He returned to the England setup shortly after his return though, being named man of the match in an impressive 2-1 win over Brazil. He was called up whenever possible by Roy Hodgson and finally got his place on the plane to a major international tournament when he was called up for the World Cup 2014 squad. With Steven Gerrard and Frank Lampard still in the fray his game time was limited to a substitute appearance against Italy and 70 or so minutes in the final group game against Costa Rica, but with the long standing duo ageing his opportunities would surely increase.

That did indeed happen, as Wilshere was named man of the match in six of the seven Euro 2016 qualifiers he played in. Another injury put his Euro 2016 ambitions in doubt, and while he did recover in time his playing time was largely limited to substitute appearances in France. His second half substitute appearance against Iceland is the last time he donned the England shirt, and it looks like his chances to add to his 34 international caps will be severely limited as long as Gareth Southgate is at the helm.

Naturally, the omission of an incredibly talented player who was once tipped for captaincy has caused controversy in the footballing circles. Many seem to think that his injury plagued days are behind him, while others are in agreement with Southgate and believe he’s just too big of a risk to include.

It’s not just been fans and pundits reacting though – Wilshere himself has had his say with a rather blunt and honest Tweet:

Think its about time I had my say…
It goes without saying that I’m naturally incredibly disappointed to have been left out of the England squad for the World Cup. I’ve felt fit, sharp and strong all season and believe I should be in the squad!

And given the chance i could have made a real inpact.
However, I have to respect the manager’s decision and would like to wish the whole squad all the very best for the tournament. I will always be an England fan and will be supporting the boys with the rest of the nation 🦁🦁🦁

Should Wilshere be on the Plane?

Arguments for and against Wilshere’s exclusion largely centre around two things. One is his lengthy and well reported history with injuries, and the other is the genuine class and talent he would bring to the squad.

Are Wilshere’s Injury Problems Over?

After such a promising start to his footballing career, things took a sad turn for the worse in the summer of 2011. A fractured ankle in a pre-season friendly against New York Red Bulls kept him out of action for over a year, seeing him miss the entire 2011/12 season and fail to recover in time for Euro 2012.

His next setback came later in the 2012/13 season, when he picked up an injury in the North London derby and never made it back into the starting lineup that season. A minor surgery followed during the summer, but he was back to fitness for the start of the season. Not one to be out of the physio’s office for long though, Wilshere’s foot was broken by Daniel Agger in an international friendly and he was subsequently ruled out for another six weeks. He made it back just in time to go to the World Cup but was limited in his playing time.

Typically, his comeback didn’t last for long. Yet another ankle injury reared it’s ugly head in November and kept him out of action for four months. Once again he returned to action, but then managed to break his leg in pre-season training and missed almost the entirety of the 2015/16 season. At this point he has managed just six months of competitive football in two seasons, and Arsene Wenger decided his best bet would be to go on loan to regain some first team experience. A season at Bournemouth awaited, but was eventually cut short by another fracture to his fibula in April.

Fortunately, this one didn’t keep him on the sidelines for another year. He was back for the start of the 2017/18 campaign and has actually managed to remain injury free for the entire campaign. Wilshere has played 38 competitive games for Arsenal this term, which is the most he has ever managed in a single season and the first time he has broken the 30 game mark since 2013/14.

The worst of his injury days certainly do seem to be behind him, but with nearly four years and over 150 games on the sidelines it’s impossible to say that he isn’t a risk. 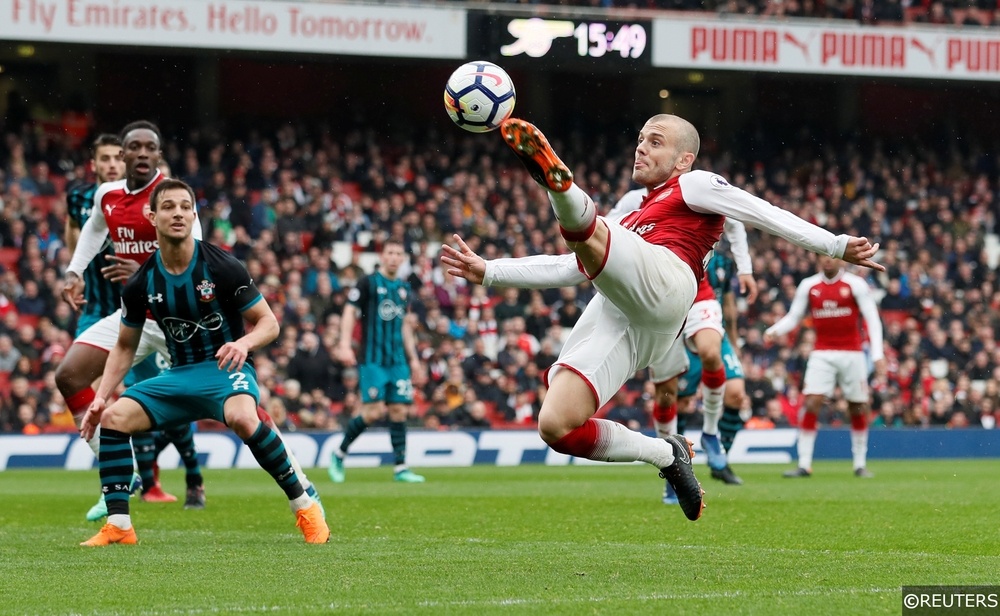 On the face of it, England do seem to be lacking a certain level of forward thinking in their midfield options. The central midfield options look to be limited to Jordan Henderson, Eric Dier, Dele Alli, and Ruben Loftus-Cheek. Alli certainly possesses the skills to get forward, but his passing vision and creativity simply aren’t on a par with Wilshere’s and the other three are severely limited in their attacking capabilities.

With England expected to play three in the middle as well, an injury to one of these midfield options early on would leave Southgate severely limited for options. Rather ironic, right?

Roy Keane branded Wilshere as the most overrated player on the planet just six months ago, and while that may be somewhat of an exaggeration the outspoken pundit may have a point. The Arsenal man got just one goal and three assists in his 20 Premier League appearances this season, which is actually a worse record than January signing Henrikh Mkhitaryan managed in just 11 games.

It wasn’t just bad luck either – He created just 15 chances for Arsenal in 1,187 minutes of Premier League action this term. That’s 1.14 chances per game, which is significantly less than Alli, Lingard, and Loftus-Cheek. Yes, Wilshere may have the passing and vision in his locker, but he hasn’t shown it often enough this season.

Maybe Southgate’s decision was nothing to do with his injury problems, and instead down to him simply not being good enough?