Expected goals have been a hot topic in football for the last year. Each week we’ll look at the results and see how they compared to expected goals to see who were the lucky and unlucky teams of the week. We’ll also see if we can spot any future trends of teams who are playing well, creating chances but not winning and therefore being undervalued in the market.

We receive a lot of questions regarding expected goals on Twitter, so we thought it was about time we shed some light on one of the most undervalued, misunderstood, and controversial stats in football.

When you’re sat in the stands or on the sofa shouting at your player “How have you not scored that?!”. Expected goals is a way of quantifying how many times they should have actually scored it.

Each shot is assigned an xG value based on a number of factors. These factors include such things as:

All of these factors are taken into consideration to apply a final xG value to each shot. At the end of the match these values are then added together to come up with a final xG scoreline.

For the shrewd football bettor, luck is the enemy. We put hours of work into our football predictions and betting tips to ensure we’re coming up with the best possible value, and a second of bad luck can ruin all that work. Therefore, we would be foolish not to utilise such a powerful tool when making our predictions, especially when it’s the one statistic that tries to take luck out of the equation.

How can xG be used in football betting?

The traditional way to approach football betting on a statistical level is to analyse the form of both teams. You can check what their clean sheet record is like, how many times they score on average, and if they’re on a winning streak. Then you compare it against the other team’s record and make a decision on what bet to place.

There is definitely room for that type of statistical analysis, but by considering expected goals as well we can add another dimension into our betting. The model certainly isn’t perfect, but neither is any other football statistic. Expected goals certainly do a good job of taking luck out of the equation when it comes to analysing past performances.

We’ll take the 2017/18 Premier League season as an example. Looking at the Expected Points tally (which is formed from the expected goals in each match) we can see a number of interesting values. Have a look below and see how these expected points have almost predicted some major changes in the 2018/19 campaign:

The Citizens would have still won the Premier League title, unsurprisingly, but by a significantly smaller margin that their 19 actual point chasm. Instead, it was a more modest but still impressive 11.71 expected points. This was thanks to them scoring some 14.57 more goals than their xG tally predicted.

Either way, it’s no surprise that they are being pushed closer in the title race this season, despite their unparalleled performance last year.

Jose Mourinho’s fall from grace didn’t come as a surprise to many people after his previous meltdowns, but the xG model predicted it with some accuracy. They managed an impressive 81 point haul last season, but they outperformed their expected points by a massive 18.67 points.

Jurgen Klopp’s men were tipped for a title challenge despite only finishing 4th last season, and that was in no small part thanks to their incredible attacking displays and them carving their way to the Champions League Final.

As it so happens, they should have already finished 2nd in the table last year. They picked up 4.38 points less than their expected goals tally predicted, putting them 2nd in the expected points chart with 79.38. Liverpool’s style of play put their name forward for a title challenge, but the xG model did a good job of predicting that last term.

The Clarets rose above all expectations last season to finish 7th in the Premier League, but all the good fortune they received last term has been busy balancing itself out this year. They collected 13 more points than they were expected to, scoring just over 3 more goals than expected and conceding 13.16 less than they should have.

All this adds up to an expected points finish of 14th. At the time of writing Burnley sit 15th in the 2018/19 Premier League table.

As you can see, the expected goals model did manage to pick up on quite a few trends that went almost unnoticed last season. This doesn’t just apply to the entire football season either – By studying the expected goals in past individual matches we can put together a more accurate representation of how each team is performing.

From this we can discover whether that team on a 10 match winning streak are actually that good or whether they’re just getting the rub of the green. The same goes for the teams suffering from a spell of poor form. This, when combined with the actual results and statistics, is a very powerful tool when it comes to selecting football bets.

You can find all our upcoming predictions on our Premier League betting homepage.

What are the drawbacks of Expected Goals? 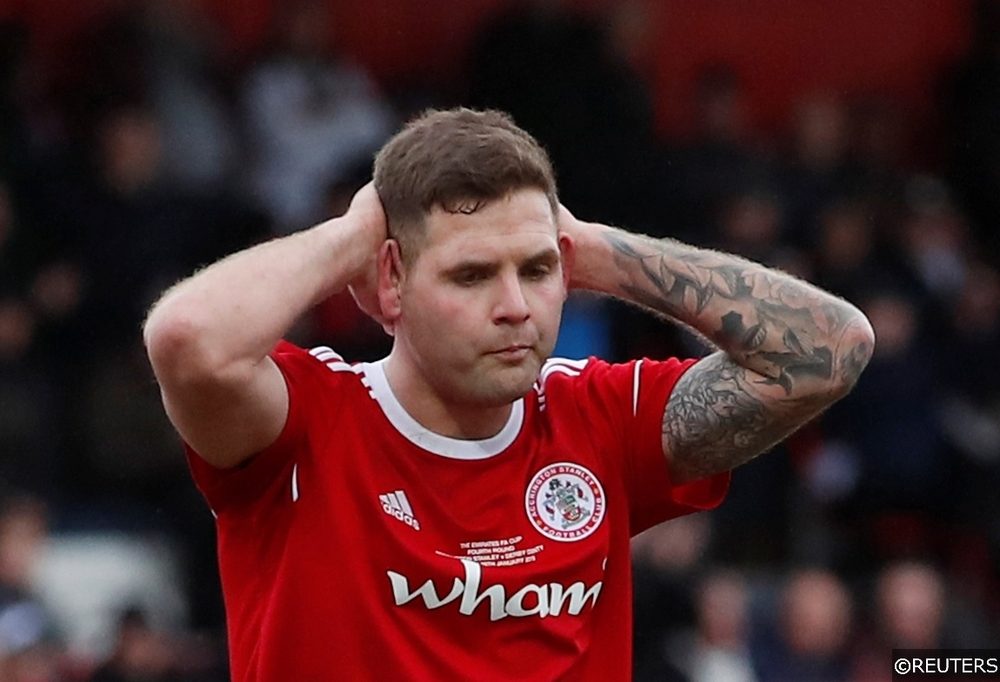 No statistic is perfect, and that applies to expected goals as well. It does have a couple of flaws, but it’s no more flawed than any other statistic in football, most of which are marred by the luck factor.

For example, the expected goals model doesn’t take into account the quality of the player taking the shot. If Sergio Aguero and Lewis Dunk both find themselves in the exact same situation taking a shot the xG value would be the same for both of them, but I know who I’d rather have with the ball at his feet. This means that the top teams often outperform their expected goals value, simply by virtue of having higher quality strikers who are capable of scoring more difficult chances.

This applies at the other end of the pitch too, with top quality goalkeepers and defenders doing a better job of stopping incoming shots, meaning the top defensive teams outperform their xGA over the season (David De Gea, anybody?) This goes some way to explaining Burnley and Manchester United’s overperformances last season, with an in form David De Gea keeping shot after shot out of the net and Burnley’s nigh on suicidal blocking attempts keeping the opposition at bay.

This can easily be taken into account when choosing a bet though, by simply predicting that the teams with the higher quality attackers will outperform their xG and vice versa.

Another issue relates to the flow of football matches. Expected goals can’t take into account the effect that a goal at either end of the pitch has on the motivation and performance of each team. For example, if a team misses a chance with an xG value of 0.7 when the scoreline is 0-0 that team then continues to look for the opening goal, potentially racking up many more chances and increasing their overall xG tally. However, if they had scored that earlier chance they would likely start to play more conservatively, racking up fewer total expected goals and allowing the opposition to attack and increase their own xG.

Expected goals is a very powerful statistic in the right hands, and when combined with an in depth knowledge of football and betting as well as other statistics it can be a massive help when choosing a football bet. It does a fantastic job in removing the luck factor from football results, and you can easily see that by examining past xG results and comparing them to future performances.

However, like all statistics it does have it’s own drawbacks. These drawbacks are fairly small when compared to the huge factor that luck plays in normal statistics though, and they can be accounted for if you’re careful.