What’s at stake in the final week of the NFL regular season? 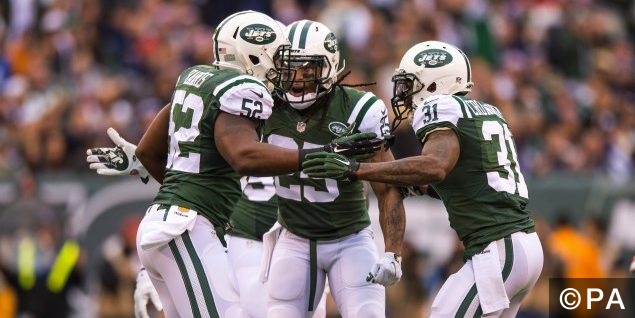 The final week of the NFL regular season has arrived and with it, the final playoff berths will be locked up, playoff positioning will be determined and we’ll have the first round matchups solidified by the time early Monday morning rolls around. There isn’t a lot of wiggle room available for the postseason as 10 of the 12 spots are already locked up: four teams are still battling for the final two playoff berths. As always we have accumulators, doubles and previews over in our NFL betting tips home page so make sure you check it out for week 17 tips!

The NFC playoff picture has all six of their teams locked in: Carolina, Arizona, Green Bay, Washington, Seattle and Minnesota have all clinched playoff berths. Home field has yet to be locked down and the NFC North division title is still up for grabs at this point in time. The only team that is locked into their playoff seeding is the Redskins, who, at 8-7, can’t improve or drop their standing as the fourth seed in the NFC playoffs. They’ll get a home game despite the fact that whoever ends up as the fifth seed will have a better record than Washington.

In the AFC playoff picture, New England, Denver, Cincinnati and Kansas City are all playoff teams. New England has won the AFC East and Cincinnati has claimed the AFC North title. The AFC West is still up for grabs between the Broncos and the streaking Chiefs; that will be decided tomorrow afternoon. As for the AFC South, that is still open between the Colts and Texans at this point in time. The final wild card spot will come down to the New York Jets and the Pittsburgh Steelers, depending on what unfolds tomorrow.

Let’s take a look at what’s at stake in this point in time as the final Sunday of the regular season looms:

The Packers and Vikings are both 10-5 on the season and stand tied for the top spot with the final game of the year looming. As luck would have it, the NFL schedule makers ended up putting these two teams together in week 17. It’s pretty clear cut: the winner of this one wins the division title and ends up as the third seed in the NFC playoffs. The loser will end up as one of the two wild cards and will either travel to Washington or to whoever wins the NFC North on wild card weekend next week. Green Bay swept their NFC North opponents on the road this season but lost to both Chicago and Detroit on the frozen tundra of Lambeau Field. Will they end up giving up the division crown and a home playoff game by falling to the Vikings?

The home field advantage situation seemed to be little more than a formality as the Panthers were undefeated and held a two game lead over Arizona entering last week’s action. Just to show you how one week can change everything, let’s see how things unfolded. Carolina was knocked off 20-13 on the road by an Atlanta team that they pasted 38-0 at home two weeks before. That set off another celebration by the 1972 Dolphins, who remain the lone unbeaten team through the regular season and the postseason.

While Carolina was defeated, the Cardinals battered Green Bay 38-8 at home last Sunday. Arizona sacked Aaron Rodgers eight times and added a touchdown on a fumble return where Cory Redding abused running back Eddie Lacy in his attempt to make a tackle. Suddenly, it’s a one game difference with one game to play. Now, Carolina still is in the driver’s seat: they merely need to beat Tampa Bay in order to clinch home field advantage in the NFC playoffs. If the Panthers lose and Arizona knocks off Seattle, Carolina will have blown their chance at home field advantage and the road to Super Bowl L would run through Glendale. With the way the Cardinals’ offense is humming right now, that’s a dangerous proposition.

The AFC playoff picture has been like a game of leapfrog as New England, Denver and Cincinnati have all held home field advantage in the past month only to bumble it away like a hot potato. Entering the final week of the season, New England is 12-3 while Denver and Cincinnati both boast 11-4 records. The Bengals were knocked out of the home field chase after falling in overtime to the Broncos on Monday Night Football. That leaves New England and Denver chasing the top spot and home field advantage throughout the playoffs.

This one is pretty clear cut and simple: if New England beats Miami Sunday, which seems to be pretty much a formality at this point in time, the Patriots will seal up home field advantage. Should Miami stun the Patriots and pull the upset, Denver could lock up home field advantage if they knock off San Diego. That’s the only way the Broncos end up with home field; otherwise, things run through chilly Foxborough.

At midseason, this one seemed to be a given as the Broncos were well in front as the Raiders were still coming along, the Chargers were floundering and the Chiefs were still below .500 after starting 1-5. Then, Peyton Manning went out with a torn plantar fascia, the Chiefs reeled off nine straight wins and we’re talking about Kansas City having a shot at the title with one week to go. Now, Kansas City’s chances aren’t the greatest when it comes to winning the division but the fact that they have a chance after that 1-5 start is impressive.

Denver’s situation is pretty clear cut: if the Broncos win over San Diego, they clinch the AFC West and a first round bye in the playoffs. Should Denver lose and Kansas City wins their 10th in a row by beating Oakland at home, the Chiefs would seal up the AFC West crown. Should that be the case, the Chiefs would host the sixth seed in the playoffs next week. If Kansas City ends up as a wild card, they’ll be on the road next week.

The AFC South title is up for grabs and all that can be said about the division is that it’s been absolutely dismal when one looks at it. Houston holds the lead in the division with an 8-7 record while the Colts are still in the mix with a 7-8 record. Jacksonville was in the mix until falling apart in the month of December to enter the final week with a 5-10 record. It will come down to a pair of week 17 matchups to determine who walks away with the division title and the fourth seed in the AFC playoffs. The division winner gets that spot while the loser can start their offseason.

Houston is expected to have Brian Hoyer back at quarterback this week after missing the last couple of weeks with a concussion. The Texans have seen Ryan Mallett (released), T.J. Yates (out for the year with a torn ACL) and Brandon Weeden start at QB along with Hoyer this season. If they beat the Jaguars Sunday, they win the division. Should Houston falter, the Colts, who are going to be without Andrew Luck, Matt Hasselbeck and Charlie Whitehurst at quarterback. It will be either Josh Freeman or Ryan Lindley at quarterback for the Colts in this one as they face the Titans with their playoff hopes on the line. The good news is that they’re facing Tennessee; the bad news is neither of those two quarterbacks has been with the team more than two weeks.

The final AFC wild card spot will be decided Sunday as it’s one of the two remaining playoff berths that are available for someone to step in. There are two teams battling for the final playoff spot as the New York Jets and the Pittsburgh Steelers are still in the mix for that spot. The Jets have reeled off five straight wins to get to 10-5 on the season. Pittsburgh was rolling but suffered a bitter loss to the Ravens last week that knocked them a game back and they need some help to get in the playoffs.

New York’s situation here is simple: if they can beat Buffalo on the road, they’re in the postseason in Todd Bowles’ first year as coach. That’s not as easy as one might think: Rex Ryan will have the Bills ready to go against his former team. Buffalo has beaten New York four straight times, including a 22-17 win in East Rutherford earlier this season. It will be a battle for certain and nothing is guaranteed. Pittsburgh’s situation is a bit more complicated: the Steelers have to knock off the Browns, which shouldn’t be a major problem, and get the Bills to upset the Jets in order to return to the postseason.

That covers the major storylines in the final week of the NFL season. Who will end up in the postseason and who will be on the outside looking in? Who will be stuck playing where in the wild card round next week? We’ll have the answers to those questions by the time the Minnesota/Green Bay game comes to a close late Sunday night or early Sunday morning.