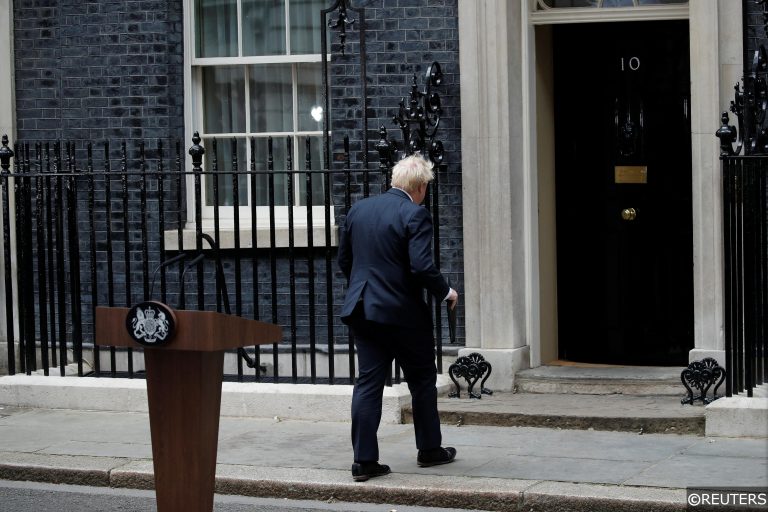 Boris Johnson has now announced his resignation as leader of the Conservative Party, meaning the UK is set to have a new Prime Minister in the near future.

After winning a huge majority with 80 seats in the 2019 general election Johnson has survived a seemingly endless list of scandals. Dominic Cummings’ trip to Barnard Castle, ‘Partygate’ and the refurbishment of Downing Street, to name just a few, weren’t enough to end this PM’s career but what will probably be known as the ‘Chris Pincher scandal’ in years to come proved to be a step too far for all but his most dedicated of followers.

Johnson, for reasons known only to himself, apparently intends to remain in the role of PM until autumn but whether that happens or not is a different matter.

Either way, thoughts are quickly turning to a leadership race after Johnson’s dramatic and prolonged fall from grace.  So who could replace Boris Johnson as PM? We’ve had a look over the early frontrunners and picked out a few outsiders to keep an eye on in what is set to be a fiercely contested leadership battle.

Rishi Sunak’s resignation, alongside Sajid Javid, earlier this week started the ball rolling in the bid to oust Johnson and since then over 50 government ministers and aides have quit his government.

Perhaps unsurprisingly, the politician formerly known as ‘Dishy Rishi’ was quickly installed as the favourite to take the reins of the Tory party and Skybet have him at 9/2 to be the next permanent Conservative leader – but is that a good bet?

Sunak is media savvy, a skilled orator and became a popular figure during the pandemic as Chancellor due to the furlough scheme, but his approval has since dipped due to his wife’s non-dom status. The fact he quit the cabinet early may work in his favour but it is also worth remembering that his presence helped keep Johnson in power for so long in the first place.

Ben Wallace started the day at around 8/1 but his odds have shortened and he is now 3/1 to be the next PM with bet365, meaning he has replaced Sunak as the favourite.

Wallace is the UK’s Defence Secretary and was thrust into the public eye due to Russia’s invasion of Ukraine and a recent YouGov poll had Wallace as a clear favourite among party members to be the next Conservative leader. Despite being a member of Johnson’s cabinet, his career isn’t quite as interlinked with the outgoing PM’s as Sunak, Michael Gove, Dominic Raab’s and a few other likely contenders and that could work in his favour.

Another member of Johnson’s most recent cabinet, minister for trade policy Penny Mordaunt looks an interesting option and like Wallace is a popular choice among Tory voters.

Mordaunt was/is an ardent Brexiteer after being a big supporter of the Vote Leave campaign and her anti EU sentiment will make her a popular choice with some sections of the electorate, despite the fact the UK has already left the EU.

The other candidates to replace Boris Johnson

Wallace, Sunak and Mordaunt are the early frontrunners but there are a few interesting options at bigger prices.

Jeremy Hunt ran against Johnson in the previous Tory leadership battle and is a 12/1 chance. Hunt has been aiming half-hearted barbs at Johnson from the backbenches in recent months but may be best avoided in the betting as the fact he was on the remain wing of the party doesn’t work in his favour.

Gove’s career was once intrinsically linked with that of Johnson’s as the two led the Vote Leave campaign but their relationship had soured before he was sensationally sacked as Levelling Up Secretary on Wednesday after urging the PM to quit. Gove is a 25/1 chance and probably needs to make a few bold moves over the next few weeks if he is to emerge as a serious contender in a leadership battle.

At 10/1 and 9/1 respectively, Lizz Truss and Javid look reasonable options. Nadhim Zahawi and Tom Tugendhat, both 16/1, are also being mooted as candidates to challenge for the leadership

Labour leader Keir Starmer is 28/1 to be the next PM with bet365 but for that to happen another no confidence vote would be required, which would likely trigger a general election. That scenario looks unlikely, and as such I don’t think Starmer as the next PM offers any real value at this stage.