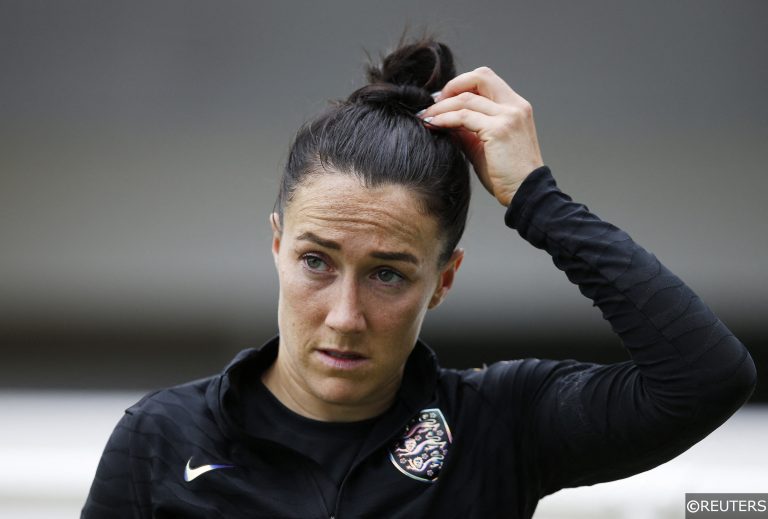 It wouldn’t be a major football finals without a group-stage acca for punters to get stuck into, and the Women’s Euros, staged over the next few weeks in England, is no exception.

We’ve already taken a look at the hosts’ chances and the main contenders in our Euro 2022 outright preview, but here we’re previewing the tournament group by group, picking out an 11/2 group winners accumulator!

Hosts England couldn’t have asked for a better draw and can make light work of a section featuring Norway, Northern Ireland and Austria.

Expectations are high with the Lionesses but they are dealing it with well enough under head coach Sarina Wiegman, the woman who guided Netherlands to glory five years ago.

England have beaten Northern Ireland twice in the last year, also beaten Austria and Norway simply don’t have the depth of support for superstar Ada Hegerberg to be considered a threat.

The hosts are all about possession and creating chances and the likes of Ellen White and Beth Mead can fill their boots against lesser opponents.

Group B looks fascinating with all eyes on Spain and Germany, though Denmark are quite capable of getting into the qualification mix.

Spain’s Barcelona connections – ten of their squad come from the Nou Camp – makes them a formidable unit and they should be able to call the shots against the inconsistent Germans.

Question marks over Spain’s international pedigree are fair but this is a group which has been building up to this event, went through 2021 without losing or conceding a goal and also went unbeaten at the Arnold Clark Cup.

In the absence of record scorer Jennifer Hermoso it becomes critical that Alexia Putellas steps up, a pressure unlikely to faze the current world footballer of the year.

This looks a straight shootout between the current champions, Netherlands, and the inaugural champions, Sweden, with the Scandinavian nation set to pip the oranje for top honours.

The Swedes, serial bridesmaids at major tournaments, look as well balanced as any side involved and their form figures are excellent – their last defeat in a competitive match was over two years ago.

Players of the calibre of Magda Eriksson, Caroline Seger and Kosovare Asllani tell us they will be strong in defence and midfield while the goal threat from Barcelona’s Fridolina Rolfo, Juventus’ Lina Hurtig and Arsenal’s Stina Blackstenius makes them a genuine danger.

The Dutch have taken a pair of hidings off France and England this year and aren’t the same without Wiegman at the wheel.

It’s so hard to see past France up against Italy, Belgium and Iceland.

Corinne Diacra’s team have developed into a winning machine over the last two years.

Algarve Cup finalists Italy – they lost that game to Sweden only on penalties – would be the obvious danger and are in good form. But their squad looks thin in key areas and while they should qualify, it’s likely to be in France’s slipstream.