Will Zinedine Zidane be a Success at Real Madrid? 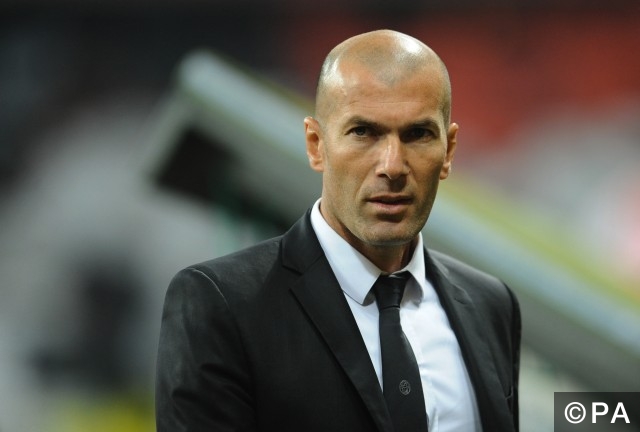 The era of Florentino Perez reads like a parable. Forever chasing an idealistic dream of glamorous football, his lack of subtlety, craft, and patience have undermined his pursuit of Galactico perfection whilst the club’s arch rivals, Barcelona, achieved his vision through sheer hard-work, footballing intelligence, and a quietly assembled strategy that stretches back two decades.

Perez’s appointment of Zinedine Zidane again conveys the quick-fix attitude of a man incapable of understanding why hurling cash around is no substitute for strategic nouse; this is a deliberate attempt to copy the Pep Guardiola promotion at Barca, but with none of the substance or reason to match.

Zidane was the chief Galactico during Perez’s last stint as President, and clearly a binary logic has informed this decision. Zidane and Real Madrid is a seductive, elegant mix, and – rather than re-assess the strengths of his model – Perez has essentially doubled down; who else to lead an ultra-attacking team of Galacticos than another Galactico? Zidane is regarded as an interesting young coach, but his inexperience is worrying. On paper, this looks like another chapter in the moral tale of Madrid’s stroppy short-termism versus the humility of Barca’s philosophy.

And to outsiders, Rafa Benitez’s dismissal was a shock. After all, Real sat just four points off the top of La Liga having comfortably qualified for the knock-out stages of the Champions League. But this does not paint an accurate picture of the festering tension in the camp, and the consistently poor performances of Benitez’s unmotivated team. His authoritarian, distant approach had lost him the dressing room, whilst Benitez himself seemed stuck between attempting to appease his master and instilling his own cautious tactical model. It was an unpopular match doomed from the start.

Zidane should offer a complete reversal in style and manner, but what are Zidane’s key strengths, what are the expectations placed upon him, and what are his chances of long-term success?

Unlike Benitez, Zidane commands a lot of respect in Madrid. This should be a huge advantage at a club that hosts so many pampered superstars with inflated egos; if anyone can say no to Cristiano Ronaldo and still get a performance out of him, it is Zidane. The Frenchman’s strength of character gives him a certain aura that should see his vision adopted collectively, particularly given that he has shown, briefly, that he is strong willed in his leadership.

Last season he frequently ignored the president’s instructions to play Martin Odegaard every week and named his son captain, much to the dismay of a disgruntled Perez.  Benitez seemed caught between attempting to play as Perez wished (in the 4-0 defeat to Barcelona, he reportedly played an eleven suggested to him) and his usual instincts. Zidane will not have this problem. That his stubbornness whilst managing the Castilla has not harmed his status within the club suggests that, like few others, he commands the respect of Perez.

Tactically, Zidane will be expected to play attacking football that prioritises bravery over caution; this is the model that Perez has always insisted upon, although history suggests the president has too limited a grasp on tactics to appreciate the contradictions posed by his targets. It takes time to instigate a style that fuses creative freedom with enough defensive clout to get results, but time is something no manager has ever been afforded.

The biggest problem Benitez had was a soft central midfield that was easily pierced, the inevitable result of playing too many aesthetically pleasing and glamour players in central midfield and allowing the front three to roam without tracking back. Zidane will demand harder work from Gareth Bale, Cristiano Ronaldo, and Karim Benzema, whilst also restoring some solidity in the middle.

Zidane will also be expected to build his team around Bale and James Rodriguez, two younger players Perez sees as the future of the club. Juggling these two with Ronaldo, whilst tightening up in the centre of the park, is a daunting task.

Assuming he recognises the need to harden central midfield and build around James, we can expect Zidane to implement a 4-3-3 formation with Bale and Ronaldo out wide and James at the tip of a midfield triangle. It is very difficult to predict exactly the aesthetic style he will employ, but attacking football is a must.

His appointment at the beginning of January indicates that Perez will allow the Frenchman to delve into the transfer market. Possible targets include Bruno Soriano, a defensive midfielder playing exceptionally well at Villareal; there is a general consensus that Kovacic, Isco, Modric, Kroos, and James are all too lightweight for matches against the big teams, and given that Zidane’s time as a player saw him backed up by Claude Makelele signing a defensive destroyer seems likely. Eden Hazard is rumoured to be joining this month, but how on earth Zidane would fit him into this team is anybody’s guess. Given that Hazard is a flouncing, moody playmaker that rarely contributes defensively, this looks more like a Perez signing than Zidane’s choice.

Deportivo (h): This could be a tricky opening fixture for Zidane; Deportivo have lost just once away from home all season and sit snuggly in 7th place. However, as the dreadful atmosphere of the Benitez reign is lifted and a club legend leads the players out to a roaring crowd, expect a huge performance from Real Madrid.

Sporting Gijon (h): 19th placed Gijon have lost each of their last five away games and look destined for relegation. Ronaldo will be fired up now that Benitez has gone, and regardless of the Deportivo result this will surely be a comprehensive win for the home team.

Zidane to Real is the perfect match for over-excited fans hoping for impossibly glamorous football and the formation of a super club. For this reason, it is no surprise that Perez has made this appointment and it will be no surprise if things fall apart. But whilst Zidane as the Madrid version of Guardiola perfectly captures Perez’s misunderstanding of footballing development, it does not mean disaster is imminent.

His reputation in the capital will command the respect of the players, will give him greater authority over Perez than any other manager in Real’s recent history, and should give him considerably more time to instigate his vision. Status alone will not bring success, but it will at least give him a much needed head start.

Given the galvanising effect of Zidane’s appointment, it may be worth backing Ronaldo as top goalscorer at 4/5 with bet365. However, Barcelona are surely too strong for a young and inexperienced manager to topple them at the first attempt; don’t back Real for the title at 11/2 with Ladbrokes. 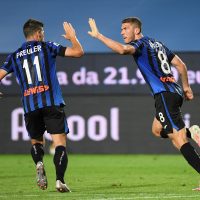 Champions League Group Stage draw – when is it, how to watch, winner odds and more!
Football