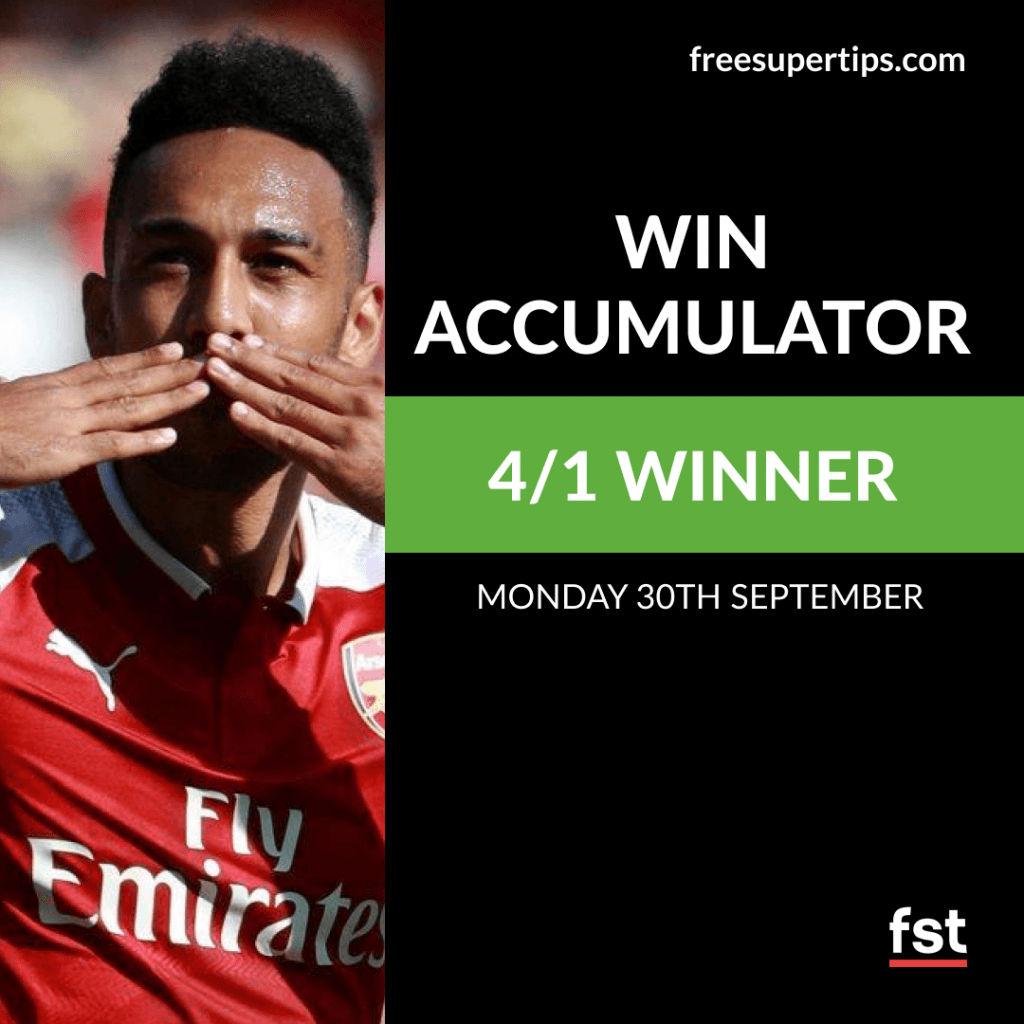 What a way to start the week for the football tipsters at FST! After landing a 19/1 Win Accumulator on Sunday, we followed it up with a 4/1 winner on Monday. Here’s how it went down.

Our 4-fold accumulator started off in Sweden, as Hammarby took on Orebro at home. 11 minute in, things weren’t looking good as the visitors found themselves ahead. However, a goal from Hammarby’s Vladmir Rodic just before half-time gave us a glimmer of hope. We needed two more goals in the last 45 minutes, and it was Rodic who continued to deliver. He scored two more to complete his hat-trick on the way to a huge 5-1 win.

The 2nd leg took place over in Norway. Again, the side we backed (Viking FK) found themselves 1-0 behind early on. Like Hammarby, they went into half-time level, and in similar fashion dominated the second half to seal a 4-1 win against relegation fighting Mjondalen.

Next up we had the headline game: Man United vs Arsenal in Monday Night Football. We were looking for the visitors to leave Old Trafford with all three points. After a very slow first half from both sides, a long-range strike from United’s Scott McTominay broke the deadlock in the 45th minute. Arsenal came out the better side after half-time, however, and shortly after a VAR check ruled Aubameyang’s goal onside and the Gunners were level. Unfortunately, Unai Emery’s men were not able to go on to win the game, but having backed them ‘Draw No Bet’, our acca was still alive.

For the acca to win, we needed Sporting Lisbon to win, and they were still level 0-0 away to Desportivo Aves, who sat bottom of the Primeira Liga. With just 15 minutes of the game remaining, there was some doubt around whether Sporting were going to get the job done. However, an 83rd minute penalty to our side put things very much in our favour. Midfielder Bruno Fernandes didn’t let us down either, scoring his third goal in three games to land our accumulator at reduced odds!