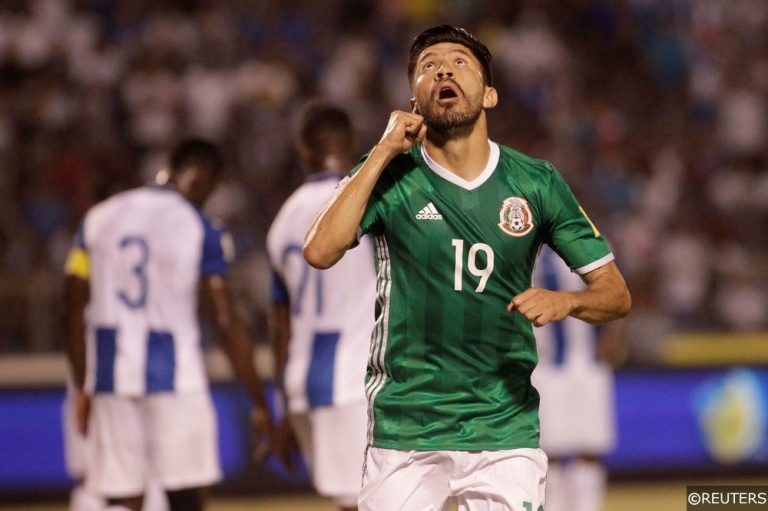 Back for a seventh consecutive World Cup, Mexico jet off to Russia desperate to end their famous round of 16 curse. In each of the last six editions of the competition, El Tri have crashed out at that very stage. The first knockout round of the competition has become a real mental block for more than a generation of Mexicans, but could 2018 finally see it broken?

Priced at around 100/1 to lift the World Cup trophy, Mexico are clearly viewed as rank outsiders for the forthcoming tournament. In a tricky group with Germany, Sweden and South Korea, the side will have to perform well to even make it into the last 16 and are priced at 5/4 to do so. In the following article, we take a look at the men Juan Carlos Osorio has called up in order to know what to expected from this Mexican team when action begins in Russia.

There’s certainly a familiar feel to the squad, with 15 of the squad having been part of the 23 man delegation for Brazil 2014. 12 domestic based players also form part of the squad, although not all of them are expected to travel in the end. Going into the tournament, very few players are guaranteed to start every game, with boss Juan Carlos Osorio a notorious tinker-man, yet to field the exact same starting line up in his 3 years in charge.

In the goalkeeping department, Guillermo Ochoa can be relatively assured of his starting place, irrespective of the boss’ tendencies. Entering the twilight of his career, the 32 year stopper has 92 caps to his name and is undoubtedly one of the team’s leaders. Nonetheless, even at 32, Ochoa is the youngest of the three goalkeepers called up, with 35 year old Alfredo Talavera and 37 year old Jesus Corona providing his backup.

Defensively, Nestor Araujo has already been ruled out of being a part of the final 23 through injury. Araujo’s absence is a real blow for Mexico, as he was starting to become a regular amidst strong performances for club Santos Laguna. That leaves Hector Moreno as the only man confident of going into the tournament as one of either the two or three man central pairing, given Diego Reyes’ fitness concerns. Veteran Rafael Marquez inclusion is a notable one, given the fact that he’s retired from club football and has legal issues hanging over him. Meanwhile, Hugo Ayala and Oswaldo Alanis face a battle for a seat on the plane, with one other centre back set to be culled in addition to Araujo’s forced absence. The full back situation looks a little more defined, with Carlos Salcedo and Miguel Layun as likely starters as you can be in an Osorio team.

In the centre of the park, Andres Guardado and Hector Herrera arrive off the back of strong domestic campaigns and should be key figures for the side, perhaps being partnered in the centre by Jonathan dos Santos should Osorio opt for a 4-3-3 over a 3-4-3. Pachuca’s Erick Gutierrez has been drafted in for cover for Guardado, who had faced a race against time to be fit, but after the Betis’ man underwent successful surgery, Gutierrez is highly unlikely to make the final cut. In wide areas, the Mexicans possess a plethora of pacey talent and that leaves Javier Aquino and Jurgen Damm in a battle for a seat on the plane, one which Aquino is expected to win unless Damm can do anything to impress the boss late on.

Attacking wise, with one player still needing to be cut, the main talking point is the possible exclusion of Giovani dos Santos. It seems as though dos Santos has forever been the hope of Mexican football but at 29, he’s not really delivered. The LA Galaxy man has not been showing good performance levels in the MLS recently, dropping to the bench. and that could well see veteran Oribe Peralta take his place. Leaving dos Santos out would certainly be a huge call given his reputation but on current form, he’s not really presenting an argument for his inclusion. Carlos Vela is a man in far better form since moving to the MLS, plunging home 7 goals in 12 games and he’s still a key figure in this Mexican team, leaving Javier Hernandez and Raul Jimenez as the other attacking options.

Hector Herrera is the heartbeat of the Mexican midfield and having played in all four games in Brazil, will be looking to play a key role again. Herrera had a fantastic season with Porto, helping them to finally regain the Portuguese crown and arrives in confident mood.

Herrera brings a dynamism to the team few other options present. The 28 year old is an excellent athlete and helps break up opposition attacks going backwards whilst being able to turn the screw going forwards with powerful running ability and strong technique on the ball. Herrera is pivotal to Mexico’s transitions, both in a defensive and attacking sense and will play a huge part in any potential success the side may have.

One to Watch: Hirving Lozano 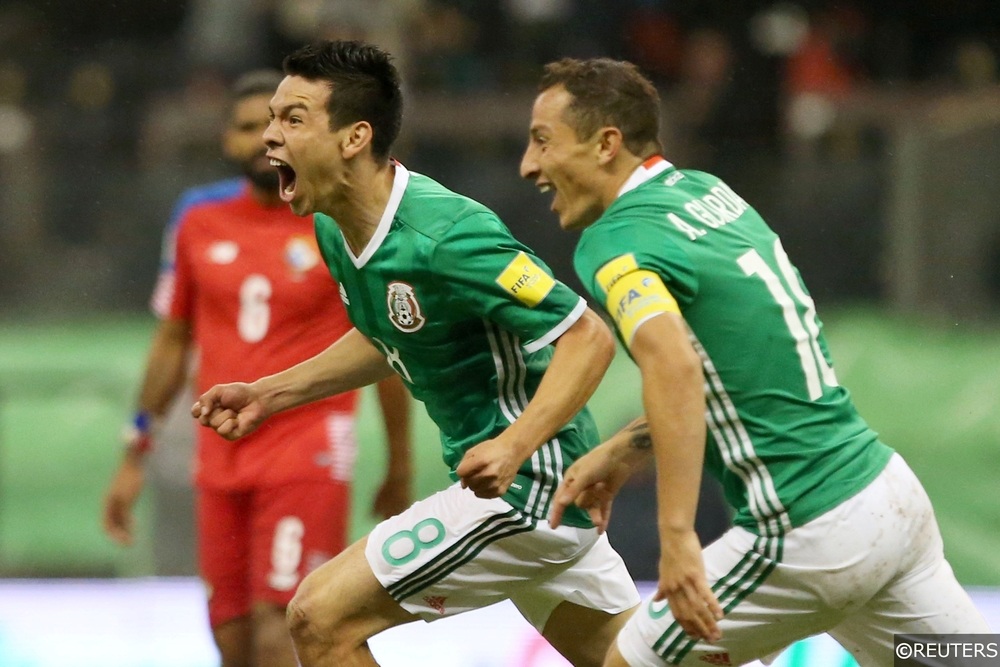 Mexico’s golden boy, Hirving “Chucky” Lozano is certainly no stranger to fans of either Mexican or Dutch football but could well announce himself to the world stage if given the opportunity by Osorio.

An inverted winger, Lozano brings blistering pace, excellent dribbling ability and most importantly. goals, to the table and you’d think he’s surely earned a starting role after a tremendous season with Dutch champions PSV, plunging home 17 Eredivisie goals in 29 appearances. The 22 year old is amongst the world’s finest in his age bracket and has the potential to trouble any defence if given the opportunity.

Lozano is featured in our potential breakout stars this summer in Russia feature.

As mentioned, predicting a settled Mexican side under Osorio is akin to predicting the full set of numbers on the lottery, with all manner of combinations available, and used, by the boss. It’s not even clear if the Colombian will opt for 4-3-3 or a 3-4-3 and we could see both formations utilised throughout the competition. That being said, the following XI could will form the starting lineup for the opener against Germany.

Placed in a group of death and with a round of 16 curse looming over them, it’s fair to say Mexico’s prospects in Russia look fairly bleak. Nonetheless, with unquestionable quality in their ranks and possessing one of the world’s brightest talents, Mexico do have the potential to spring an upset on their day. How far do you see El Tri going?