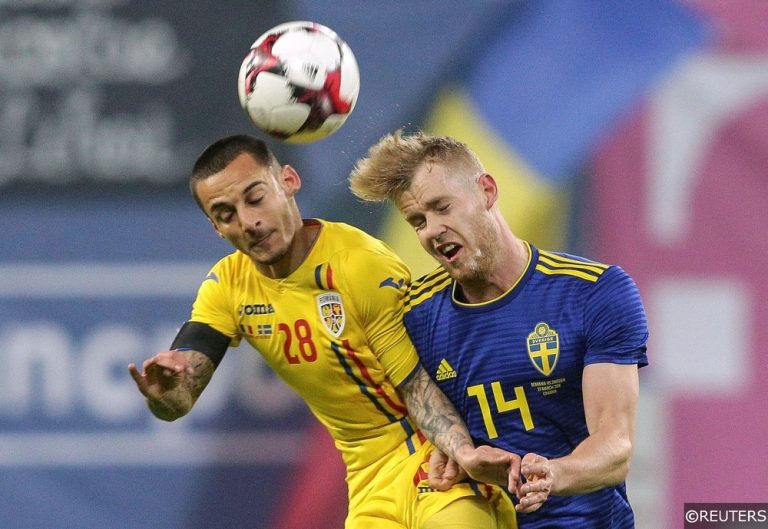 So far, the World Cup 2018 has been the story of the underdog as the nations who have not been expected to challenge have frequently upset the bigger boys and gained positive results. Of those smaller nations, the boys from Europe have more than played their part and you can see how they got on in their opening fixtures here and how they have got on in their middle group games here. But were they able to continue their good form? Read on as we discuss just how well they did in their final group games below.

With qualification already assured for both sides in group A, the only thing left to be decided was who would claim the group winners crown. Luis Suarez had been misfiring in his opening two outings but his confidence will have been improved no end when he drilled in a clever low free-kick on 10 minutes to earn his side the lead. A poor first half for the hosts soon got worse as a Diego Laxalt effort from 25 yards was deflected in by Denis Cheryshev, leaving his keeper Igor Akifneev stranded and in the position of having conceded three goals at the tournament without making a save. The Russian’s pain was not ending there either as Igor Smolnikov picked up a second yellow card and was sent off 35 minutes into his World Cup debut. With the match all but secure, the second half passed almost without incident but there was still time for Edison Cavani to get his first goal of the tournament in the dying minutes.

Denmark went into their clash with France knowing that a point would be enough to earn their safe passage into the knock out stages and after a pretty dire affair they got exactly what they were looking for as the match ended all square. It was a result which was mutually beneficial as it allowed the French to top the group. The first shot on target did not arrive until the 39th minute, when France’s Antoine Griezmann turned to fire a tame effort at Kasper Schmeichel from the edge of the area. Denmark’s only shot on target came after 54 minutes when Steve Mandanda spilled Eriksen’s free-kick. The Marseille keeper recovered before Cornelius could capitalise on the rebound.

With Croatia’s place in the knockout stages already secured, there was little left for the talented side to play for in their final group game against Iceland. However, the opposition knew that if they could earn three points then there was a good chance they would reach the knock out stages of the World Cup for the first time in their history. Alfred Finnbogason and Birkir Bjarnason both went close before the interval in Rostov-on-Don but Milan Badelj stylishly slammed home for Croatia after the break. With the score in the other game meaning an Iceland win would see them qualify, they started to chase the game and, after Sverrir Ingason hit the bar, Gylfi Sigurdsson converted a penalty to level following Dejan Lovren’s handball. However, Ivan Perisic, one of only two players to retain his place from the win over Argentina, sealed Iceland’s fate with a late winner.

It was all to play for at the Otkrytie Arena as Brazil and Serbia clashed knowing that whichever side suffered defeat would also be playing their last match in this year’s competition. The Brazilians entered the tournament as the favourites but they have lacked much of the quality which had seen them earn that tag. However, a fairly routine performance against a Serbia side who seemed to lack a comprehensive gameplan saw them qualify for the knockout stages. Paulinho deservedly put Brazil in front in the first half after a brilliant run from deep saw him convert Philippe Coutinho’s through ball. Thiago Silva extended Brazil’s advantage with an unmarked header from a corner and Tite’s side continued to go close to a third on numerous occasions.

Switzerland floundered their opportunity to finish top of their group when they could only draw with a Costa Rica side who had already been eliminated from the competition. The Swiss took a first-half lead through Blerim Dzemaili, despite a bright start from Costa Rica, but Kendall Waston headed Los Ticos level 10 minutes into the second half from Joel Campbell’s corner. Substitute Josip Drmic looked like he had secured top spot when he put Switzerland ahead in the 88th minute but when Joel Campbell was brought down in the box, Bryan Ruiz’s penalty hit the bar and then bounced in off Swiss goalkeeper Yann Sommer’s head for an own goal.

A dramatic 3-0 win may well be a good enough story to steal the headlines, but when the result also helped ensure Germany, the defending champions, were knocked out in the group stages for the first time in their history, you can see just how important a result it was for Sweden. Ludwig Augustinsson fired Sweden ahead five minutes after the break when a Viktor Claesson mis-hit inadvertently found him free at the far post, before Andreas Granqvist smashed home a penalty 12 minutes later following Hector Moreno’s trip on Marcus Berg. A clumsy attempt at a clearance from Edson Alvarez  saw him put the ball into his own net and ensured Sweden would finish as group winners whilst their fallen foe would take the runners up spot.

Although Japan went into their final fixture against Poland, they knew that they needed at least a point from their match in order to guarantee their spot in the knock out stages. Southampton defender Jan Bednarek’s well-taken volley following Rafal Kurzawa’s free-kick won the match for Poland and ensured they did not leave the tournament empty handed following a disappointing campaign. Colombia’s 1-0 win over Senegal meant the South American team topped the group, but with the Japan and Senegal level on points, goals scored and goals conceded, the fair play system would be used to decide who would qualify. This ensured this fixture finished in a farcical fashion, with both sides happy to play the ball around at the back for much of the final quarter. With Poland happy with the win and Japan happy to gamble nothing would change in either game, they secured second spot in the group as they were shown only four yellow cards during the group stage to the African side’s six.