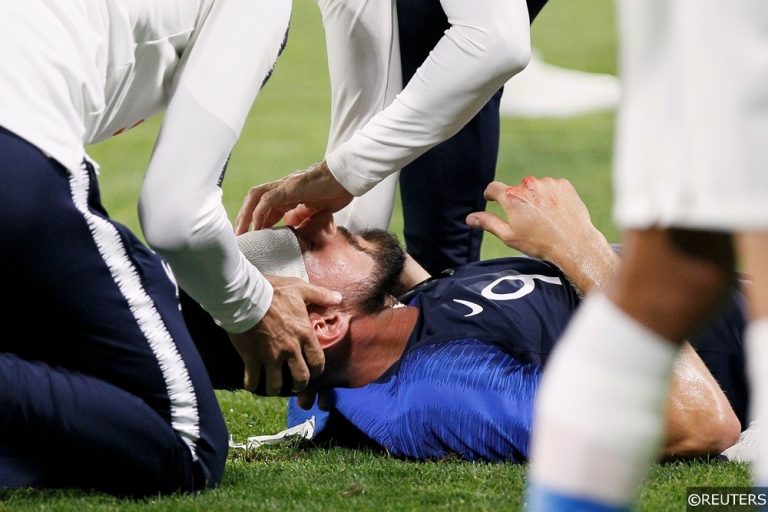 Ahead of the biggest football tournament on the planet, on the eve of battle, four of Didier Deschamps’ French troops, all of whom are expected to feature prominently in Russia over the next few weeks, have sustained knocks and are thus doubts ahead of France’s opening group game against Australia in Moscow on Saturday.

Having enjoyed a stellar campaign with Barcelona last season, Samuel Umtiti is France’s number one defender at present, though the centre-back may not be fit to start Les Bleus’ opening match. Reports broke on Tuesday that the defender had missed the previous days training with a knee problem and it remains to be confirmed as to whether this is a problem that will prevent the stopper from featuring against Australia on Saturday.

Though he was fit for most of the last campaign, Umtiti did encounter a spell on the side-lines whereby he missed 12 games for Bracelona, but the 24-year-old will be hoping that his latest problem doesn’t stop him from featuring in Russia.

Like Umtiti, Djibril Sidibé is another defender who has encountered an issue with his knee. The full-back also missed training on Monday.

It would be a blow for Didier Deschamps if the Monaco player, who was expected to start Saturday’s Group B opener at right-back, is ruled out, though Les Bleus do have cover in the form of another player who goes to Russia off the back of an impressive season at club level. Youngster Benjamin Pavard stood out playing for Stuttgart in the Bundesliga last season, while the youngster has also delivered a couple of pleasing performances for France in recent times, so Deschamps shouldn’t be feeling too disheartened. 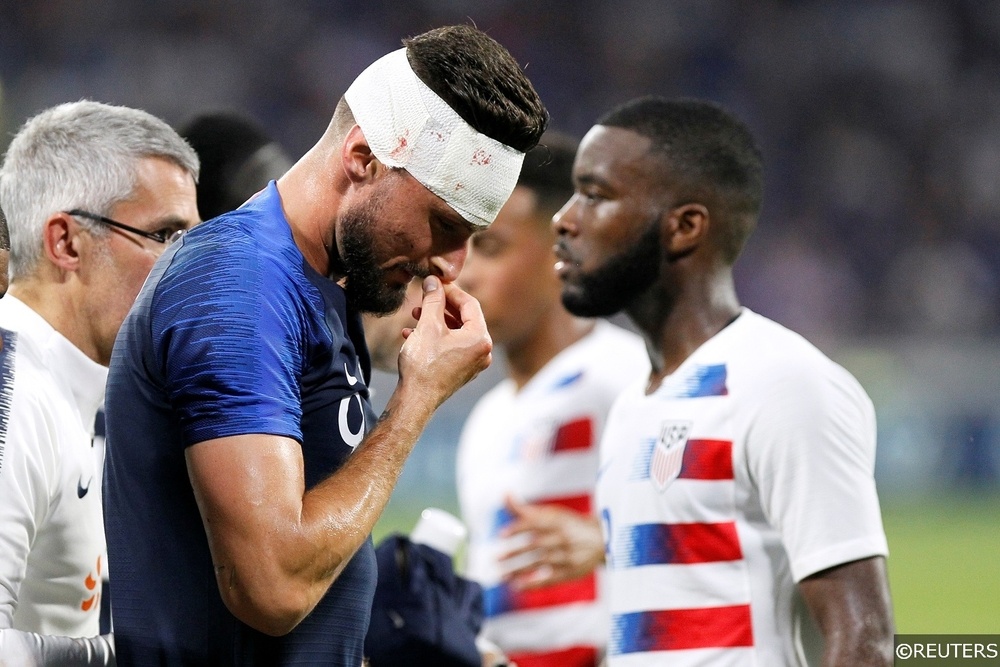 One of the older and more experienced heads in the current France squad, Olivier Giroud is another player who recently sustained an injury, though it is thought that his injury is more superficial than those picked up by his team mates.

The Chelsea hitman clashed heads with USA defender Matt Miazga during Les Bleus’ 1-1 draw with USA on Saturday evening, a clash which left the 31-year-old with a rather nasty cut on his forehead. However, such an injury is not expected to prevent Giroud from featuring on Saturday should the manager choose to select him.

The biggest concern ahead of Les Bleus’ opening fixture will be the readiness of key attacking player Kylian Mbappé. After a stunning couple of seasons, the 19-year-old is expected by many to star in Russia this summer, though an injury sustained in training on Tuesday means that boss Didier Deschamps is left sweating on the fitness of the exciting youngster.

The forward reportedly went over awkwardly after a challenge by teammate Adil Rami in France’s Tuesday training session at the Glebovets Stadium in Istra. Mbappé was pictured laying on the floor clutching his ankle with one hand and covering his eyes with the other, though it appears that the injury is not as bad as first thought.

The French Football Federation failed to give any details after the training session, though Mbappé later took to twitter to let fans know that it was only a minor a knock. It remains to be seen as to whether the PSG man can shake off the knock in time to start on Saturday, but his participation at the tournament overall doesn’t seem to be in jeopardy.