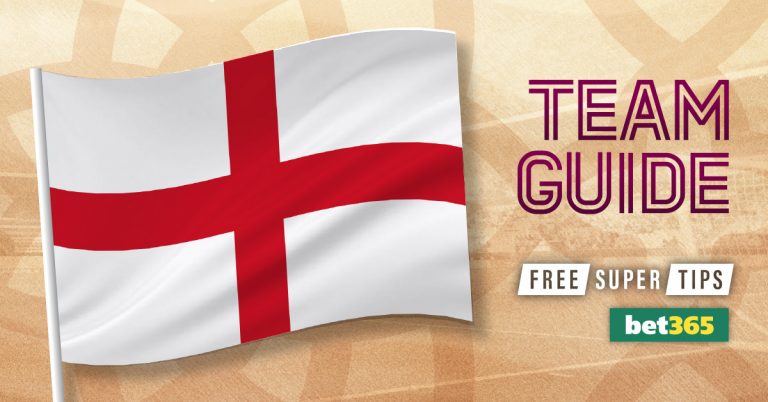 England head to Qatar as the fourth favourites at 11/2 as they seek to end their wait for a second World Cup crown.

The Three Lions have perhaps underachieved over the years but after reaching the semi-finals last time and then the Euro 2020 final, there is a genuine belief Gareth Southgate can lead the current crop of players to glory.

England: The story so far

England came through qualification unbeaten with eight wins in 10 games, drawing with Poland and Hungary, so book their spot in Qatar – but the qualifiers are rarely the problem for the one-time winners.

England’s last qualification defeat came in the build-up to the 2010 World Cup but recent results have been poor. Southgate’s men have won just two of their eight games in 2022 and neither of those were competitive matches.

Their preparations for Qatar have been far from ideal and they have lost twice to Hungary, picked up a pair of draws against Germany and lost one and drawn one against Italy, all of which came in the Nations League.

England have been drawn in a competitive Group B alongside local rivals Wales, as well as the USA and Iran. The Three Lions are the 1/3 favourites to win the group and they should be able to come through fairly comfortably, but the games against Wales and the Americans should definitely be viewed as potential banana skins.

England are 7/1 to go all the way and lift the trophy, while captain Harry Kane is the 7/1 favourites to finish as the tournament’s top scorer after winning the Golden Boot award at the previous edition of the tournament in Russia.

For a nation that considers itself the home of football, England’s history in the World Cup is less impressive than perhaps it should be. Their sole success came as host nation in 1966 as they beat West Germany 4-2 after extra time in the final thanks to a Geoff Hurst hat-trick and an effort from his West Ham team-mate Martin Peters.

The Three Lions missed consecutive tournaments in 1974 and 1978 but have only failed to qualify for one World Cup since, the 1994 edition in the USA. There have been a few near misses over the years – a particularly talented England squad reached the last four in 1990 and Southgate led them to the semi-finals again in 2018 – but they have only contested the final once.

England weren’t involved in the first three World Cups as they were not a member of FIFA at the time and they were eliminated in the group stages in two of their first three appearances. Since then, they have only fallen at the first hurdle once as they bowed out in the groups in Brazil in 2014 – coming in bottom with just one point as Costa Rica and Uruguay progressed.

Gareth Southgate stepped up from managing the Under-21s following Sam Allardyce’s exit after just one game in charge during qualifying for the 2018 World Cup.

As a player, Southgate operated as a centre-half and managed 57 appearances for England, representing Crystal Palace, Aston Villa and Middlesbrough at club level. The 51-year-old was always a defender who could read the game and appeared tactically astute but his first foray into management produced mixed results.

Southgate took charge of former club Boro in the summer of 2006 but was dismissed from the role in 2009 after the club’s relegation from the Premier League the following season. He spent four years away from football before joining the England set-up in 2013, eventually becoming the senior side’s manager after Allardyce’s resigned in 2016.

Southgate was initially appointed on an interim basis but was named as the new permanent manager soon after. His fantastic performances in major tournaments, including a semi-final run in the last World Cup and a penalty shootout defeat in the Euro 2020 final, put a lot of credit in the bank but there has been a growing clamour for Southgate to go following England’s recent results.

Gareth Southgate has favoured a three-at-the-back system over the last few games but they can just as easily set up in a 4-2-3-1, although the foundations going forward remain very similar.

Raheem Sterling and Harry Kane are mainstays, with Phil Foden or Bukayo Saka battling for the final place in a three-man attack. Further back, Declan Rice and Jude Bellingham have made the midfield double-pivot their own and a back three of John Stones, Eric Dier and Harry Maguire is expected.

Despite England boasting some of the best full-backs in world football, injuries have ravaged the right-back slot and leaves Southgate unusually devoid of options. With Reece James out, Kyle Walker a major doubt and Trent Alexander-Arnold unfavoured by the Three Lions’ boss, Kieran Trippier should take the right wing-back berth and the resurgent Luke Shaw could occupy the opposite flank.

Regardless of personnel, England tend to play a possession-based game and use the pace of the likes of Raheem Sterling and Phil Foden to get the ball to Kane in attack, with Bellingham providing an energetic link between midfield and attack.

Harry Kane to be top goalscorer at 7/1

There isn’t a great deal of value in backing England to win the World Cup but 7/1 is backable if you do think they can end their long wait for another title.

The 7/1 on Kane to top the scoring charts does appeal, especially if the Three Lions hit the ground running and he manages to get a few goals in the group stages before the tougher tests later in the tournament, which is exactly what Kane did in his top-scoring campaign in 2018.