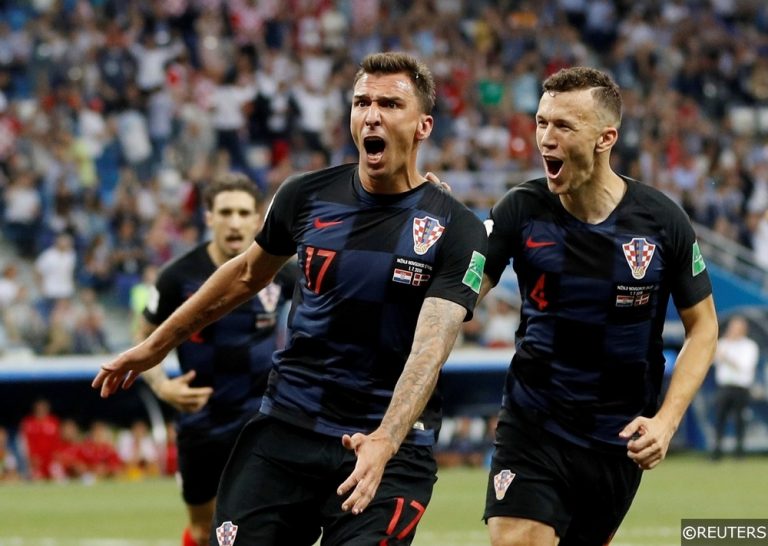 Croatia’s fairy tale run to the 2018 World Cup Final was inspirational and one of the nation’s greatest ever sporting achievements, though it was also story with a mournful edge.

Their success in Russia felt like the pinnacle for a hugely talented generation of Croatian players who are now facing an inevitable descent.

Now that the dust has settled on their defeat to France in Luzhniki, Croatian Head Coach Zlatko Dalić turns his attention to future planning as the prepares to make some major renovations to the Vatreni squad.

Changing of the guard 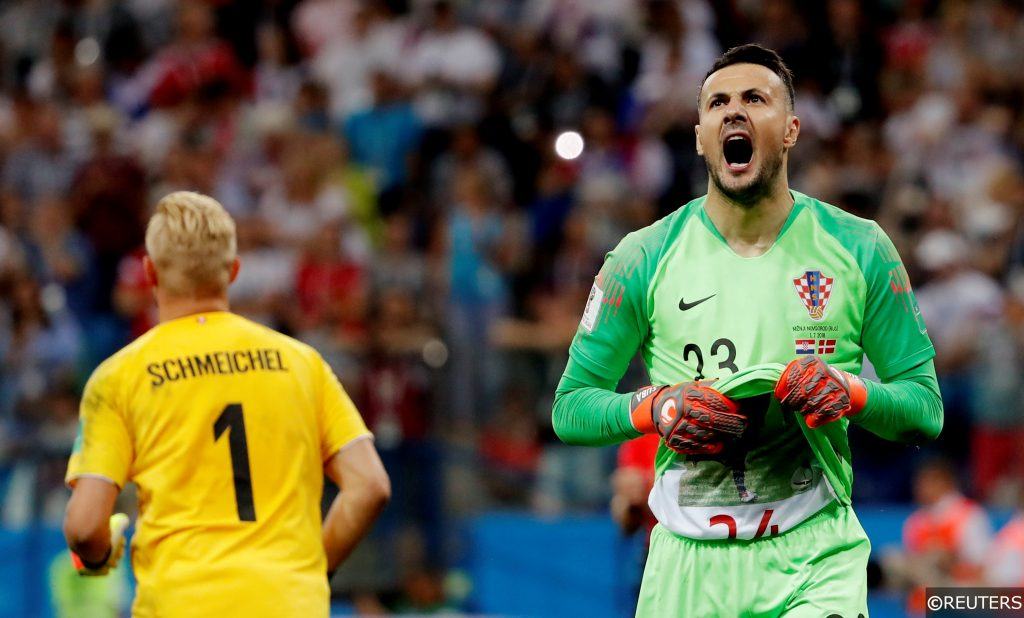 The Croatian regeneration has already started. After the World Cup finished, Vedran Corluka, Mario Manduzukic and most recently Danijel Subašić announced their retirement, taking their memories and their 236 combined international caps with them.

Corluka had been involved with the senior Croatian team since his debut in 2006, having represented his country since U16 level.  Juventus striker Mario Mandzukic played for Croatia for 11 years, scoring 33 times in total, the last of which was a consolation goal in the World Cup Final.

Danijel Subašić, who saved a record equaling 4 penalties in Russia, called it a day on August 15th to concentrate on his club football at Monaco, after 10 years with the national team.

Admittedly, three members of a 23-man squad retiring doesn’t feel like a drastic upheaval, but when you assess the ages of several more of Croatia’s World Cup selection, further losses in personnel feel imminent. 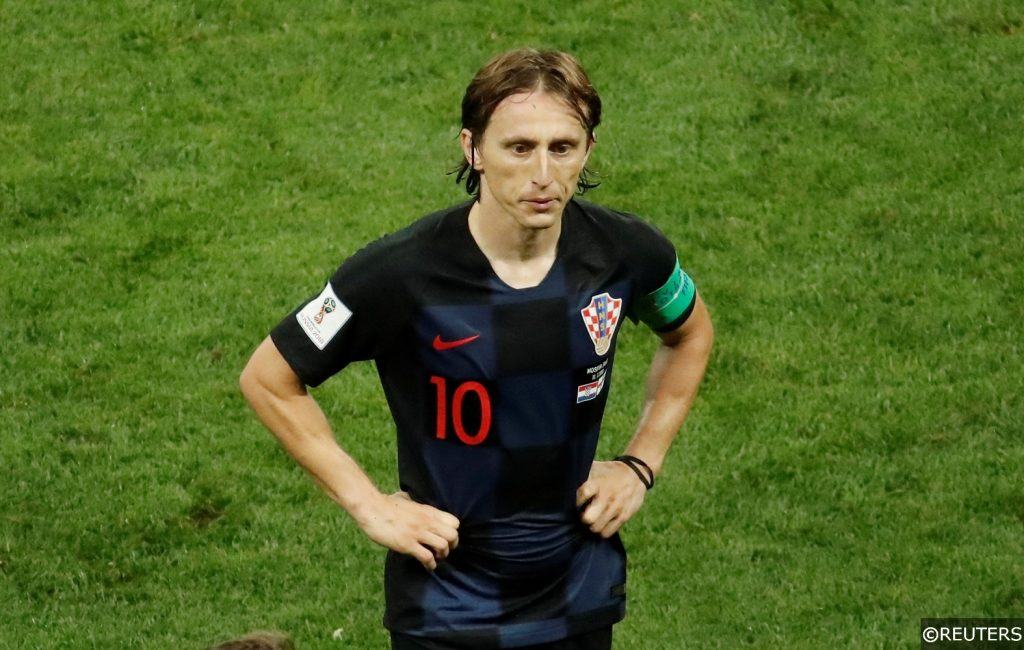 Vedran Corluka and Mario Mandzukic announced their retirements at 32, while Danijel Subašić was just a year older. Their decision to retire at relatively young ages could set the tone for others to follow.

Central defensive duo Domagoj Vida and Dejan Lovren will both be 31 when Euro 2020 finishes, as will fellow defender Josip Pivraic and midfielders Milan Badelj and Ivan Perisic.

Talismanic captain Luka Modric will be close to turning 34, while midfield partner Ivan Rakitic and striker Nikola Kalinic will both be 32. Starting World Cup left back Ivan Strinić will be 33 after the Euros too.

When you digest the make-up of the current Croatian squad, Zlatko Dalić could be tasked with a mass overhaul of Croatia’s national team inside an extremely short space of time.

Finding a new number one

Zlatko Dalić’s immediate concern will be finding a new first choice goalkeeper. Danijel Subašić’s deputies in Croatia’s World Cup squad, Lovre Kalinić and Dominik Livaković, both made the cut for the country’s fixtures against Portugal and Spain this week.

28-year old Gent keeper Lovre Kalinić is the slightly more experienced of the two, winning 12 caps for his country compared to Livaković’s single international appearance, and Kalinić is likely to be given a chance to establish himself as the new number one.

Young uncapped Club Brugge stopper Karlo Letica was also drafted back into the senior squad having been named in Croatia’s preliminary World Cup squad in May. Letica didn’t make the cut for the tournament in Russia, but with Subašić’s retirement opening up a new spot, the 21-year old has a chance to make an impact.

With Andrej Kramarić and Ante Rebić both injured, and Atletico Madrid’s Nikola Kalinić still in the doghouse having been sent home from the World Cup after refusing to come off the bench against Nigeria, Croatia face a selection crisis in attack.

Replacing Mario Mandzukic was always likely to be one of Dalić’s most difficult tasks and his current Croatia squad looks desperately short of goals. The quartet of striking options available to Dalić have scored just 3 senior international goals between them.

Juventus forward Marko Pjaca, who is on loan at Fiorentina this season, has yet to make a discernible impact as a goal scorer at club or international level. The 23-year old has scored just once in 19 appearances for Croatia.

Journeyman attacker Duje Čop feels like a placeholder in the Croatia squad at 28 and he is likely to be phased back out again when other players are available for selection.

The same can be said of Anderlecht’s 29-year old hitman Ivan Santini, who has played only twice for his country during his lengthy career.

25-year old Marko Livaja completes the quartet, but even though he has been impressing for AEK Athens this season, there are doubts about his ability to transfer his form to international level.

A glimpse into a brighter future

Replacing so many established stars over the next few years won’t be easy, but luckily for Dalić, the Croatian talent factory is still as productive as ever. From Zagreb, to Split and Rijeka to Dubrovnik, football clubs in Croatia continue to churn out some of the most exciting young players on the continent.

There are high hopes for 21-year old centre back Duje Ćaleta-Car who moved to Marseille to Monaco in the summer for €19m. The defender was part of Croatia’s World Cup squad, but was given a watching brief as an unused substitute.

Roma’s Ante Ćorić and Dinamo Zagreb’s Nikola Moro are both talented midfielders tipped for the top, while Wolfsburg’s Josip Brekalo has been earning rave reviews for his performances on the wing in the Bundesliga. The fleet footed 20-year-old has been compared in style to both Alexis Sanchez and Arjen Robben.

As talented as the next wave of Croatian footballers are, matching the achievements of the generation that has gone before them could prove an impossible task. The first bricks of the impending Vatreni reconstruction will be laid this week, first against Portugal in a friendly encounter, and then against Spain in the Nations League.