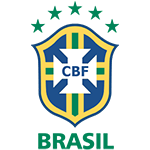 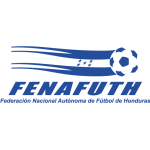 Brazil vs Honduras predictions for Sunday’s International Friendly. Brazil are in good form, but have only been winning games by one or two goal margins since the tail end of 2018, but should have more than enough to dispatch of Honduras with relative ease. Read on for all our free predictions and betting tips.

Reason For Brazil vs Honduras Predictions

Brazil have looked more business like at the cost of their usual flamboyance this last year, but have still been picking up a majority of wins and will head into the Copa America as the favourites. A final warm-up game against Honduras awaits Brazil this weekend, and their guests will be looking for a positive result to take into the Gold Cup which also starts next weekend.

Everton’s Richarlison opened the scoring for Brazil in a friendly against Qatar on Thursday, with veteran defender Dani Alves claiming the assist. Another of Brazil’s Premier League players doubled the hosts advantage in the twenty-fourth minute, as Richarlison turned provider and Gabriel Jesus got his name on the scoreboard. Brazil controlled the game, but didn’t add any further goals and were lucky not to concede in stoppage time when their guests missed a penalty. Paraguay took the lead at home to Honduras on Thursday via a fifteenth minute penalty from veteran striker Cardozo, but another golden oldie rescued a draw for Honduras when former Wigan defender Figueroa equalised in the seventy-fifth minute.

The head to head record between these two nations and their performances since the latter stages of 2018, all point towards a win and a clean sheet for Brazil on Sunday. Each of Brazil’s wins against Honduras has been accompanied by a clean sheet, and the hosts beat Honduras 1-0 when the pair last locked horns in 2015. Brazil have won five of their last six international matches, while Honduras have only won one of their last six. Brazil have kept four clean sheets in their last six attempts, which is why we’re backing a win to nil for the hosts this weekend and a final scoreline of 2-0.

In the absence of Neymar, Gabriel Jesus represents Brazil’s most likely source of goals up front, but midfielder Philippe Coutinho is a creator and scorer of goals for his country. Romell Quioto has 9 goals in 43 appearances for Honduras, but is likely to be starved of service this weekend against a mean Brazil defence. We’re confident that Brazil will win to nil and have predicted a final score of 2-0. The hosts don’t tend to score a lot of goals these days, but they do have a really good record of clean sheets and should be able to deal with anything Honduras have to throw at them.