The Championship Play-Off final may lead in to the Champions League final, but there are no higher stakes this weekend than at Wembley. The richest game in football pits Brentford against Swansea for the final place in next season’s Premier League.

Both sides head into this one with a point to prove. Brentford lost at this stage last season, but only after they put Swansea out in the semi-finals. The Swans were seen as the soft touch of the four sides in the semis, but they are one step away from a top-flight return.

The Swans made live tough for Brentford in their Play-Off clashes last season and we expect that to be the case once again at Wembley. Four of the last five clashes between the two have seen both teams score, with the Swans winning the other 1-0.

Brentford scored in 80% of their regular season games, notching in eight of their 10 meetings with their fellow top six sides. Following that form, we’re backing both teams to score between these two once again. 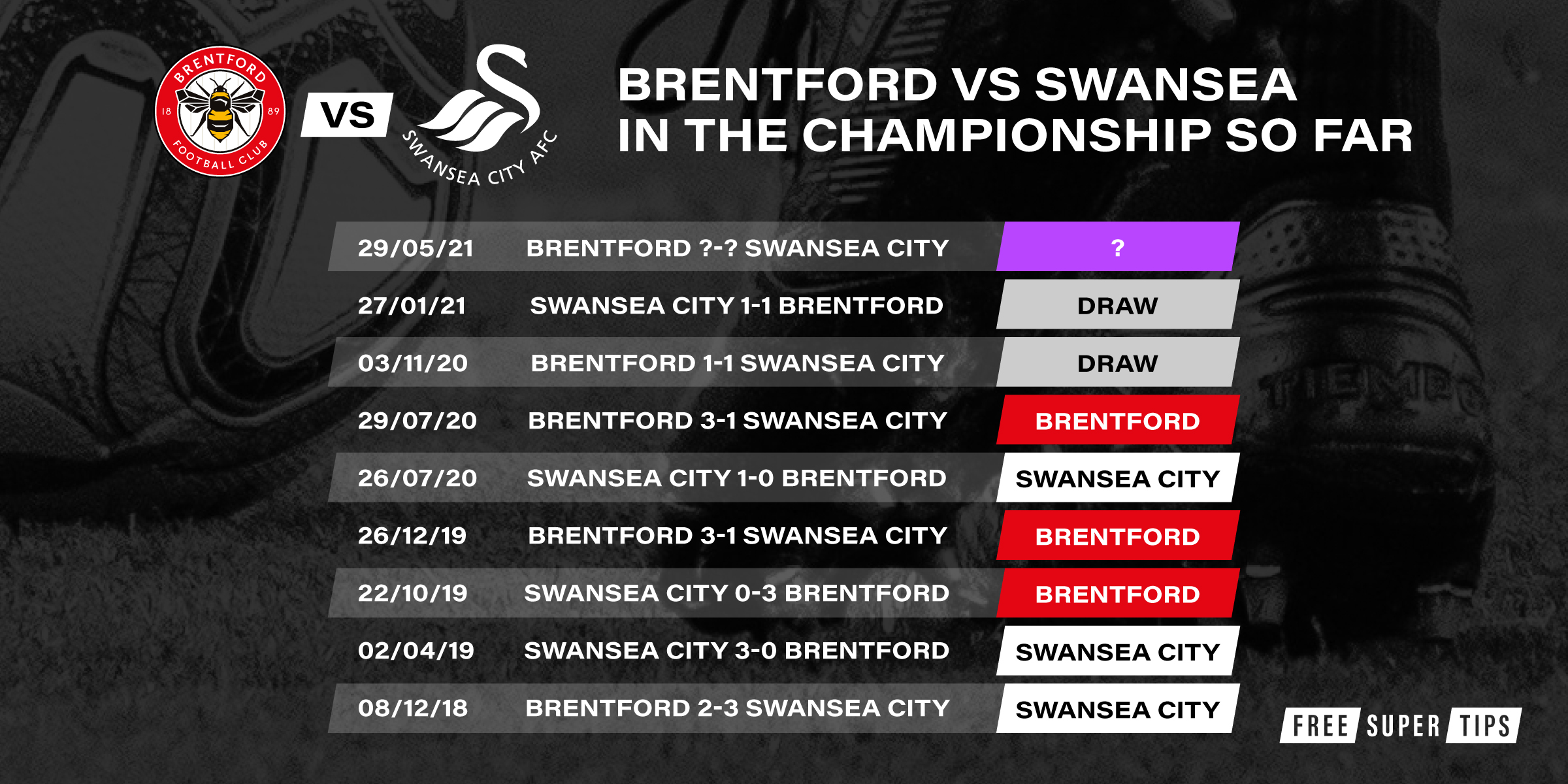 Brentford to look to Toney again

Brentford have been a fearsome attacking side in the Championship over the last few seasons, but this term saw a shift. The Bees are now much more reliant on one player, with Ivan Toney scoring 39% of their goals this season.

Toney scored an incredible 32 goals in the league this term before finding the net against Bournemouth in their last game. The forward scored in the first meeting between these two sides earlier this term and he’s great value to find the net this weekend. 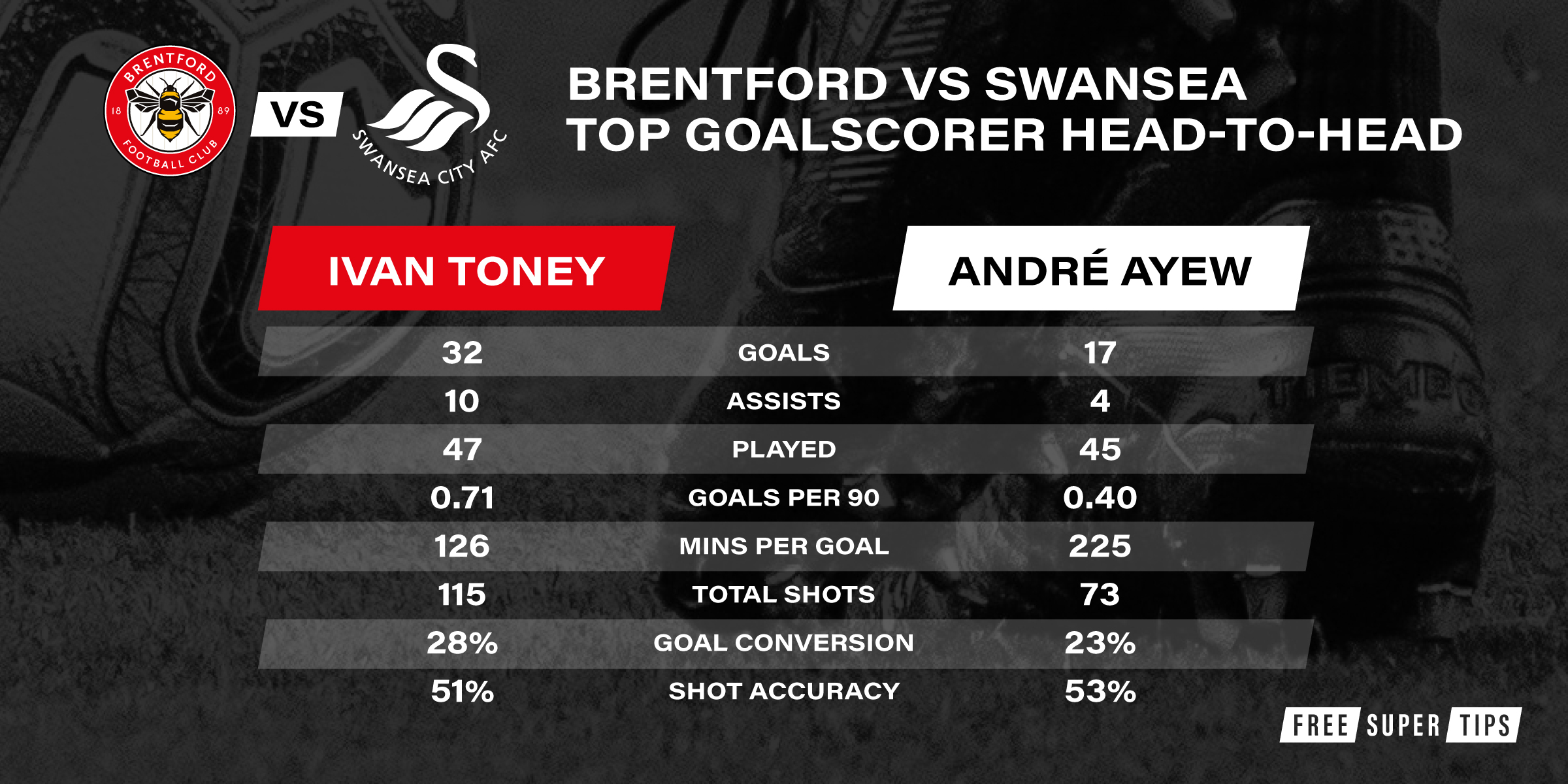 While we’re backing Toney to star and both teams to find the net, it’s worth remembering that the pressure of a Championship Play-Off final rarely brings about an exciting clash. This showpiece occasion usually results in a close game with fewer than three goals scored. Under 2.5 goals has landed in seven of the last eight.

We can see this encounter going the same way, especially as both sides look to live up to pre-season promotion ambitions. With the two meetings between them this term already finishing 1-1, we can see a repeat of that scoreline on Saturday. Swansea have lost only two of their last seven, but three of those have finished level and each of those three saw both teams score.

On top of that, it’s also worth considering just how poor Brentford’s record in the Play-Offs is. With their long string of post-season disappointments, we can see Swansea frustrating them. Our correct score prediction is a 1-1 draw, as we can see extra-time and potentially penalties having to settle this encounter. 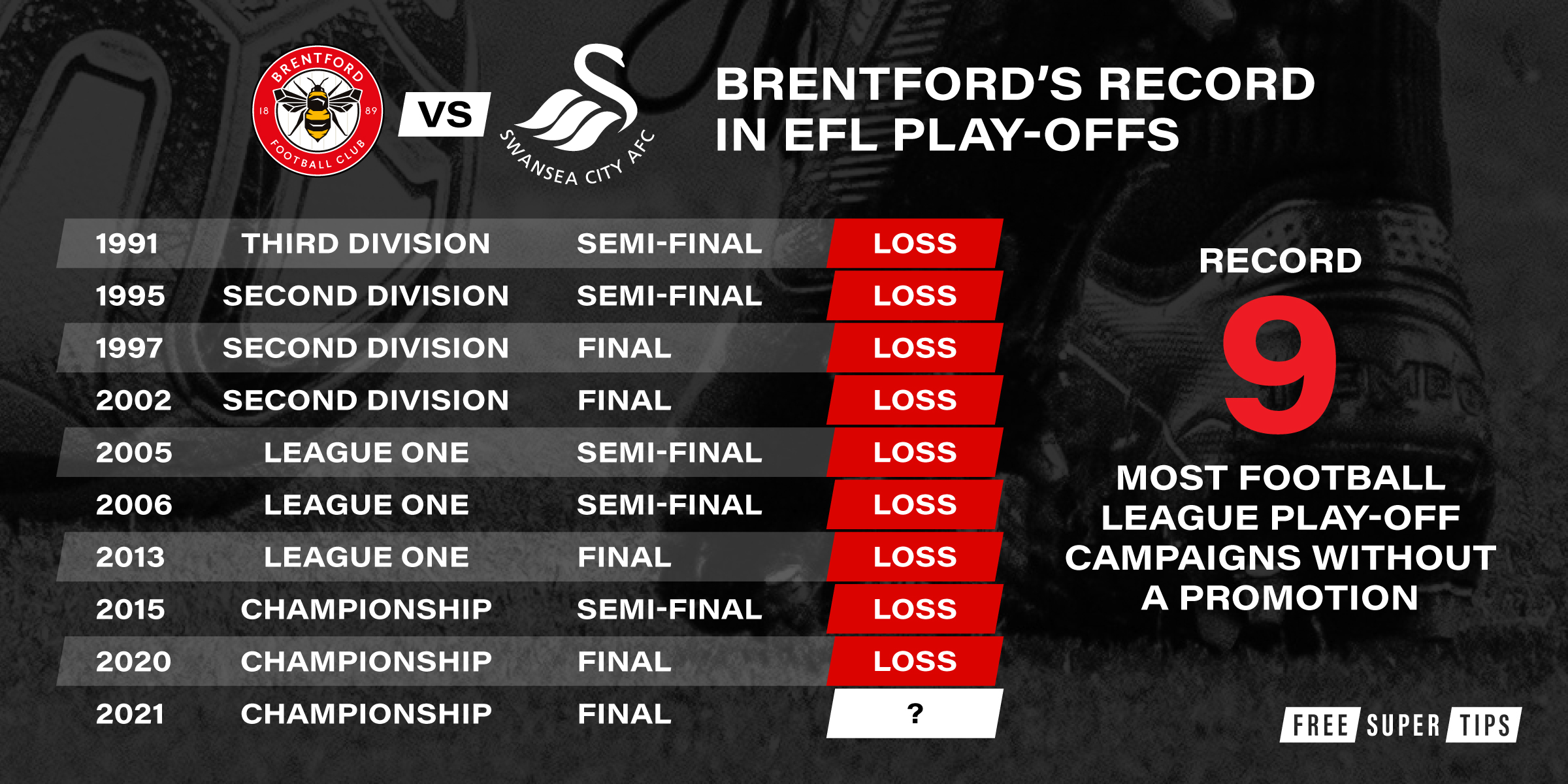 Card trouble for both sides

The two regular season clashes between these two saw eight bookings in total and we see another busy afternoon for the referee at Wembley.

Swansea’s Jay Fulton has already been booked nine times this season and the midfielder has picked up three bookings across his last six appearances for the Welsh side. He’s a prime candidate to end up in the referee’s notebook on Saturday.

Meanwhile, Brentford’s Henrik Dalsgaard has been booked on six occasions for the Bees this term. The centre-half has been cautioned in three of his last eight appearances, so we’ve backed him and Fulton in a 56/1 bet builder tip which includes two of our selections from above.

The Bees have doubts over Rico Henry and Christian Norgaard going into this game. Josh Dasilva has been ruled out, while Bryan Mbeumo could be left on the bench after failing to impress in either meeting with Bournemouth.

Steve Cooper will need to replace Wayne Routledge for this weekend’s clash after the forward’s ACL injury. That leaves him limited in his options up front,