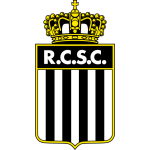 Club Brugge vs Charleroi predictions ahead of this clash in the Belgian First Division. Who will kick off their campaign with three points? Read on for our match preview and free betting tips ahead of Sunday’s clash.

Club Brugge’s return to action didn’t go to plan last weekend, as they missed the chance to complete the league and cup double. They lost 1-0 to Antwerp in the showpiece, having been crowned league champions when the 2019/20 season was brought to an early end in May. Now they restart the new campaign, but things won’t be easy in this tricky clash with Charleroi.

The visitors had the second-best away record in the Belgian top-flight last season. They conceded just 14 goals in 15 away trips, with under 2.5 goals scored in six of their last seven away matches in the league.

Brugge were incredible at home, winning 12 of 15 games and going until at their own ground. They conceded only five times in that run, which included a 1-0 win over this weekend’s opponents.

Each of the last three encounters between these two have seen under 2.5 goals, so we expect a close encounter after Brugge drew a blank last weekend. Under 2.5 goals is our first prediction, while we’re backing a 1-0 victory for the hosts.